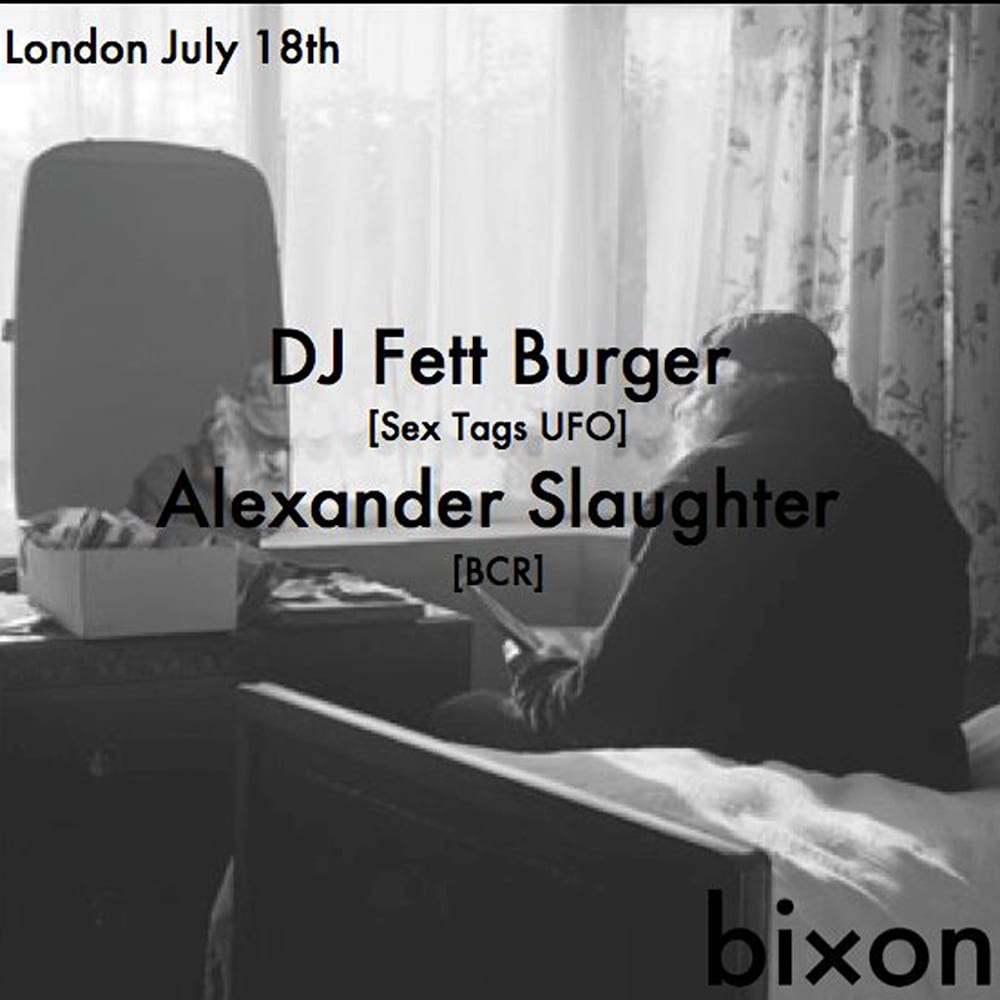 On Friday 18th July Bixon return to Bar A Bar in Stoke Newington for a dance music presentation engineered by DJ Fett Burger and Alexander Slaughter.

DJ Fett Burger of Sex Tags Mania and Sex Tags UFO superstardom gets ‘In the Mix’ and comes through smooth with signature and sincere offerings from Moss, Norway. Burger wastes no time on the dance floor, expect ruff and rugged sounds of Norway’s underground, combined with the cream of whatever crop he harvests.

Alexander Slaughter [PLO Man] is in London for his first dance music presentation, but don’t be mislead – the PLO Style is universal and its transmissions are global. Originally from the Great White North, Slaughter has made the move from Vancouver to Berlin, where he now presents his flavour as frequently as possible to the Euro Zone. Raised as a DJ in Vancouver’s prestigious Club 563, he and the other 563 Alumni have built a sound around them that moves from the basement to the club and back again. Come get in the zone, and out of your mind.

Slaughter, and Fettburger have been terrorising Berlin’s cellars and subterranean party venues over the past months with their house-heavy basement jams. Making the people sweat is first priority, making the walls sweat is second. Now it’s Bar A Bar’s turn to witness the fitness, so join souls as we welcome the sounds of the Global Underground to London. This is a BYWC event, [Bring Your Whole Crew] so come through and let’s get 3-D in real time.