Next month, Andrius Grinevskis and Deividas Jaroška present their debut album as Five Rituals, delivering a project that is both musically diverse and environmentally conscious. Released via Ledotmat Musique, ‘V Rituals’ brings together a broad range of influences including dubstep, breaks, jazz, ambient and field recordings.

As the environmental cost of releasing on vinyl becomes increasingly apparent, the release of ‘V Rituals’ takes this into consideration. The album is pressed on 100% recycled PVC, the cover made from recycled materials. Ahead of the release of the LP, we asked Five Rituals some questions about their new album and the processes behind it. 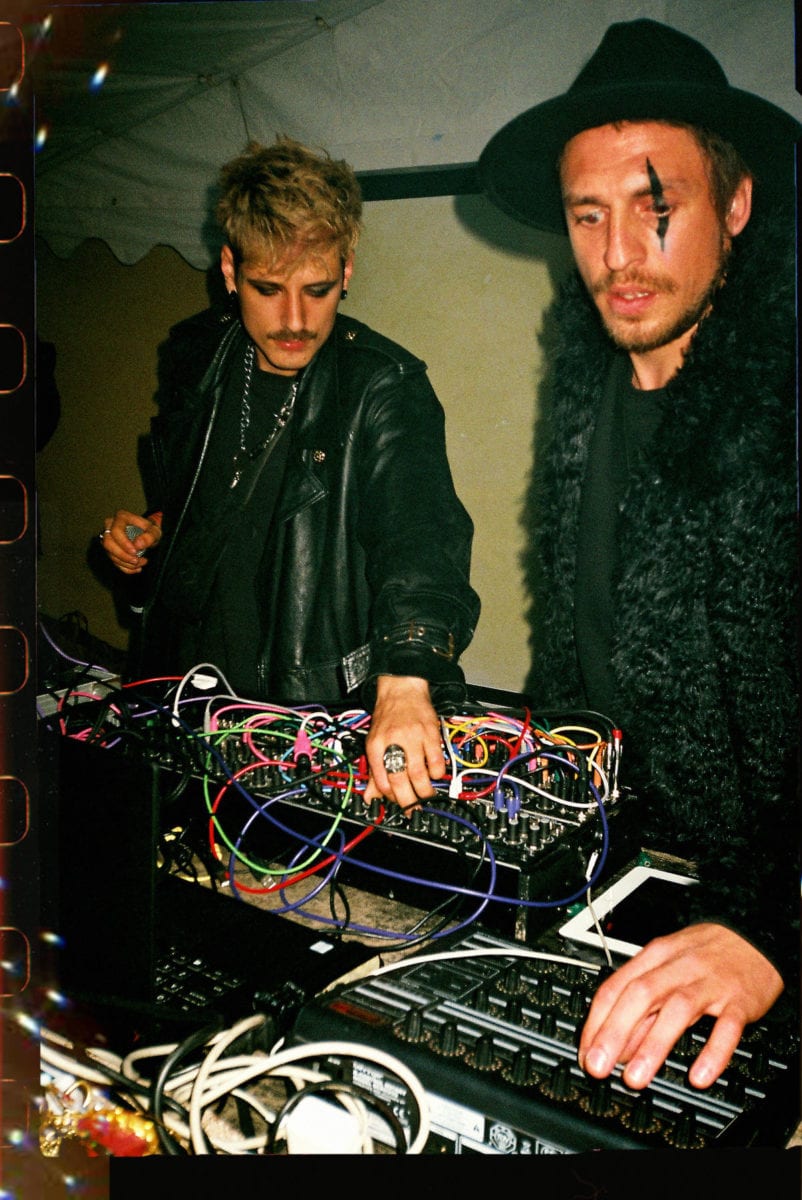 What can you tell us about the process of recording the album? How did most of these tracks come together?

We wanted to tell a story about the process itself, creating a space for collaborators to record sounds that we’d use later to explore emotions, themes and revelations that we had during the project. We incorporate field recordings from destroyed places to create vivid images of experiences and memories. Stylistically, our influences helped to inform our own creative voice and we used a variety of styles to present our ideas to the listener.

The album is made up of both club and psychoacoustic experiments as well as tracks that blur the two. As you began putting the album together, was it a conscious choice balancing these things or is it something that just happened naturally?

We just surrendered in the moment of creation and those decisions happened quite naturally. Whenever we tried to force a track in a certain style (for example we tried to do a proper half-time experiment) and force some orchestral sounds on the top, it would fail and leave us frustrated. In the end, it was our feelings, the story behind the music and the moment that shaped ‘V Rituals’.

Currently, you’re working on a new live show featuring dancers and visual artists. ‘​V Rituals​’ also features collaborations with several instrumentalists. What do you find most exciting about working with different artists and across disciplines?

We learned so much during the process and created strong bonds with everyone involved. Our sound became a foundation for improvisation by dancers and visual artists. Relationships with different musicians allowed us to present our music in a range of situations. We can still play a club-oriented live set, but would also be able to do an orchestral concert given the opportunity.

Field recordings play a part in the album. What can you tell us about their inclusion in this project?

We both love to incorporate field recordings in our music. Andrius in particular is a field recording nerd and records every second he can. We wanted to be ourselves on this record and that meant being true to the sounds that we had. It’s quite natural that we wanted to use an array of sounds from our extensive collection. We also wanted to use sound design techniques that gave the album a cinematic feel.

It seems that there is a really exciting scene in Lithuania. How important is live performance in shaping the sound of your music?

Yes, the scene is full of talent and real music lovers. The crowds love the experiments and hearing things that haven’t been done before. There aren’t so many live acts in our club scene, but it’s slowly getting there. The venues and huge variety of subcultures definitely influence people’s tastes and the types of music that are played. We wanted to go beyond our local influences though and create music suitable for different environments. It could be for a dance performance, theatre or night club, an 8-hour sleep concert or an orchestral piece with visuals by telling a story.

Are there any other artists out of Lithuania that people should have on their radar?

‘V Rituals’ is scheduled for release 5 March via Ledotmat Musique. Order a copy from Bandcamp.