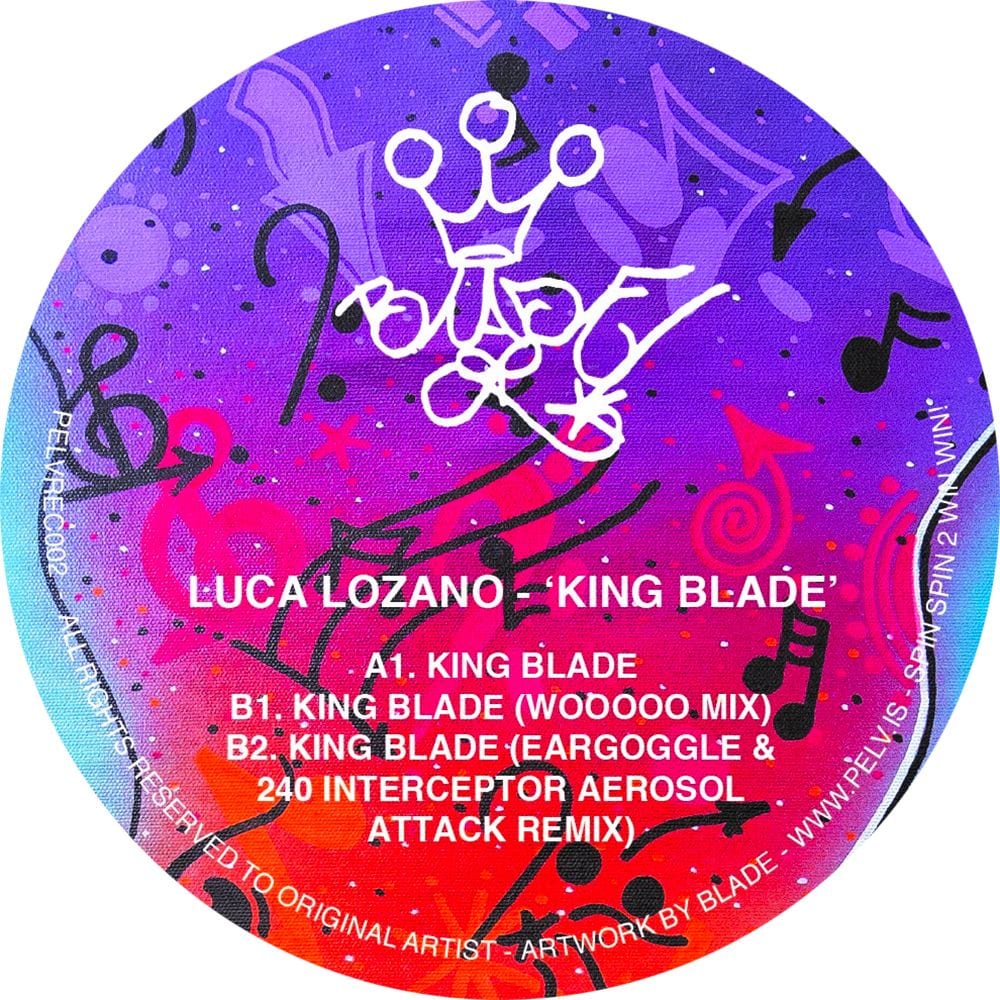 The eponymous imprint formed after the Australian streetwear brand Pelvis was launched last year with an exclusive mixtape and debut 12″ VA featuring the likes of Mall Grab, DJ Nozaki and DJ Haus on remix duty. Right in time for summer, the Sydney-based brand turned record label are set to return late May with their first solo EP courtesy of Klasse Recordings honcho and expert junglist Luca Lozano.

Even though it would take minute quibbling to spot a weakness in his recent output, the ‘King Blade‘ EP finds Lozano on spectacular form. Blazing with the same knack for old-school bleep, surgical breaks science and straight out catchy synth hooks, bass arpeggios bouncing back and forth like in some extra curvy pinball game, its sleek retro design collides just as winningly with hallucinogenic visions from an utopian future.

As for the title of the record itself, ‘King Blade‘ is a tribute to the eponymous NYC writer, who’s made a name for himself graffing up countless trains in the city from the late ’70s onwards. The record’s art is the work of King Blade himself, whilst the package includes a full-colour limited edition fold out poster. Strictly limited to 500 copies worldwide.

King Blade EP is released via Pelvis Records on 22nd May 2017, pre-order a vinyl copy from Juno.