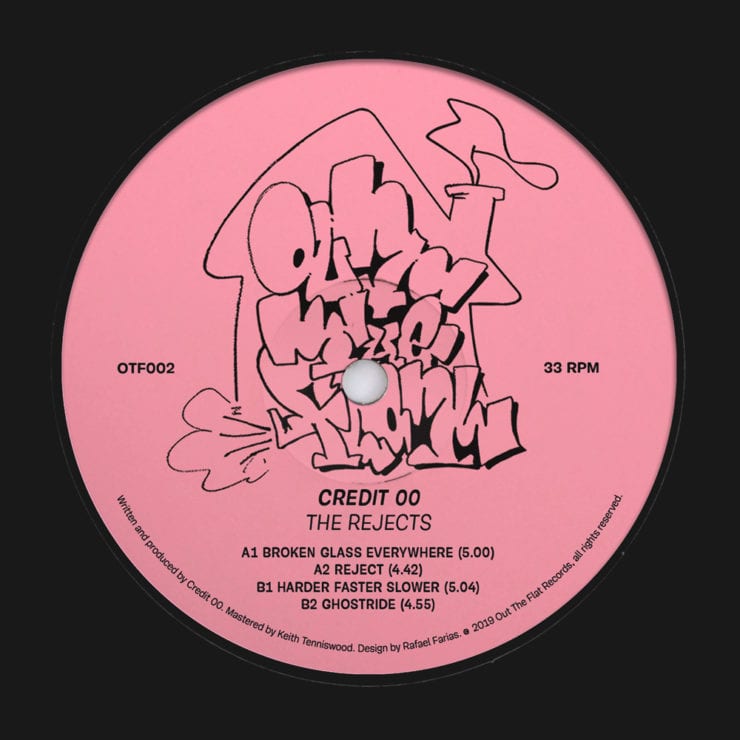 After handing over the reins of their first sortie to bizarro electronics maestro Marcello Napoletano, Frank Rodas and Raf Trans’ Out The Flat imprint is all set on rocking your Xmas with a special four-track delivery of breaks-splattered gutter house that shall wreak more chaos and confusion than a shit-stirring allusion to politics or religion at the end of the meal. The said anarchy jockey being Uncanny Valley staple and acidomaniac-in-chief Alexander Dorn, aka Credit 00.

Streaming over at our channels today, the EP’s low-slung A2 ‘Reject‘ pulls out the stealth and deadly manoeuvres out their shadowy lair for a Predator-esque hunting party in the basement. A creepy crawling number tailored for sustained mid-set action or daybreak boogie-down amidst crowds of K-holed zombies, this is the kind of tune whose repetitive melodic advances and vertigo-inducing lysergic sweeps make it a hard one to resist. Just yield to its poisonous appeal.

The Rejects is released via Out The Flat on 1st November, pre-order a copy from Deejay.de.

A1. Broken Glass Everywhere
A2. Reject
B1. Harder Faster Slower
B2. Ghostride

Discover more about Credit 00 and Out The Flat on Inverted Audio.