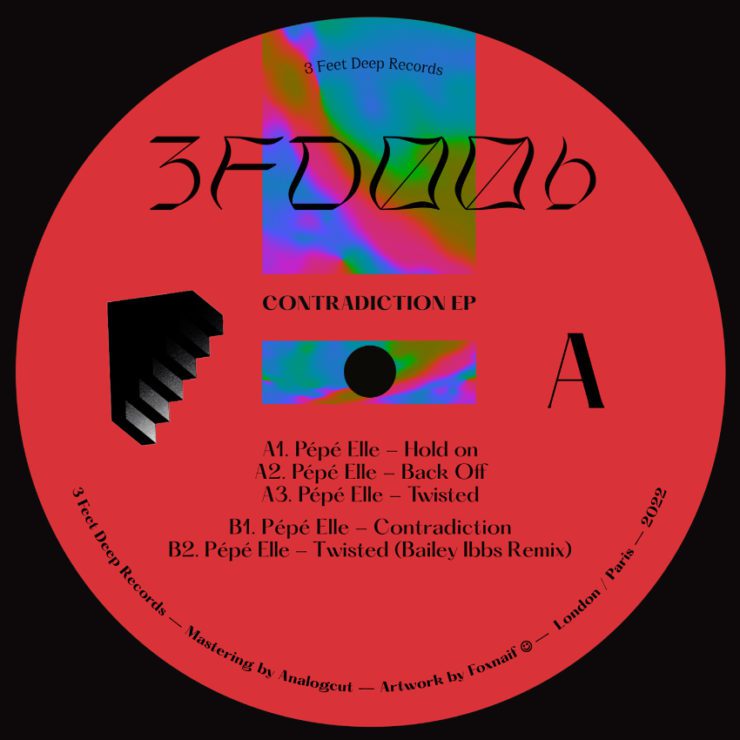 Hot on the heels of their 5th record, Parisian imprint 3 Feet Deep Records are about to release an EP by co-founder Pépé Elle. The artist returns to the label following an appearance on their most recent compilation where he delivered a certified party starter called ‘Raw’.

Pépé Elle’s involvement with music began early. First picking up the guitar at the age of six, the artist tried his hand at everything from rock to hip-hip before his love affair with electronic music began. In recent years, it’s clear that an infatuation with UK garage has taken hold.

The producer’s love of shuffling bass-heavy grooves is evident on ‘Contradiction’, though electro and hardcore influences are also creeping in here. Undeniably physical, our pick is the relentless electro of ‘Twisted’.

‘Contradiction’ is scheduled for release 15 June via 3 Feet Deep Records. Order a copy from Bandcamp.