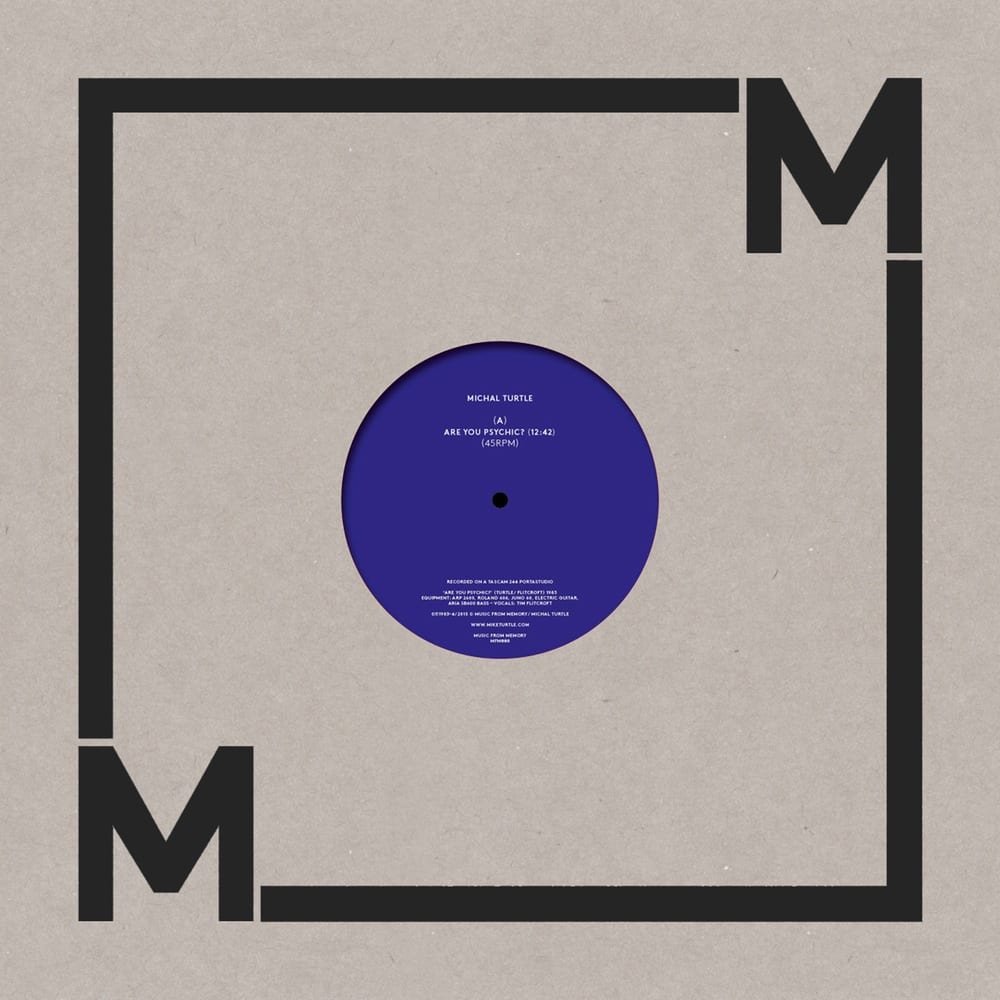 Until today, British multi-instrumentalist and vanguard producer Michal Turtle had released only one mini-album titled ‘Music From The Living Room‘ back in 1983, becoming a highly sought-after object because of its limited press. Fortunately enough, the archive heads behind Music From Memory’s dug up a track from this marvel of a LP and threw an unreleased gem in there for good measure. And to follow up with good news, this two-tracker seems to be only the prologue to a full-length compilation of Turtle’s work which shall see the light of day shortly.

If the first track ‘Are You Psychic?‘ was already known by a few initiated connoisseurs, the time capsule opens on a fresher-than-ever slab of spaced-out proto-techno. Intelligently hopping from silky retro synth motifs to harsher droning sequences whilst carried by muffled vocals coldly droning out a dozed-off chorus, the track constantly mutates and hybridizes throughout its 12 minute-long course. Noisey frequency-shifts and interferences dismantle the overall classic drum pattern in a tempest of white-noise that finally quietens down to let the freewheeling bass-ride and melancholic keyboard flats express in an expressionistic improvised session.

Then comes the equally superb B-side ‘Astral Decoy‘ where Turtle makes his opening synthlines resonate like the most fragile bird songs, Arp 2600 blazing in the sun whilst hypnotic xylophone rhythms achieve elevating the track to upper, more danceable heights. Through its mesmerising interlacing of synthetic layers and organic inclination, the richness of the Croydon-born producer’s work in both textural arrangements and groove sensibility is probably one of the finest heard in recent times – no matter when you were born. Melodically overwhelming, technically outstanding, both sides make for one of last year’s most extraordinaire records.

Are You Psychic? / Astral Decoy is out now, order a copy from Bleep.

A. Are You Psychic?
B. Astral Decoy