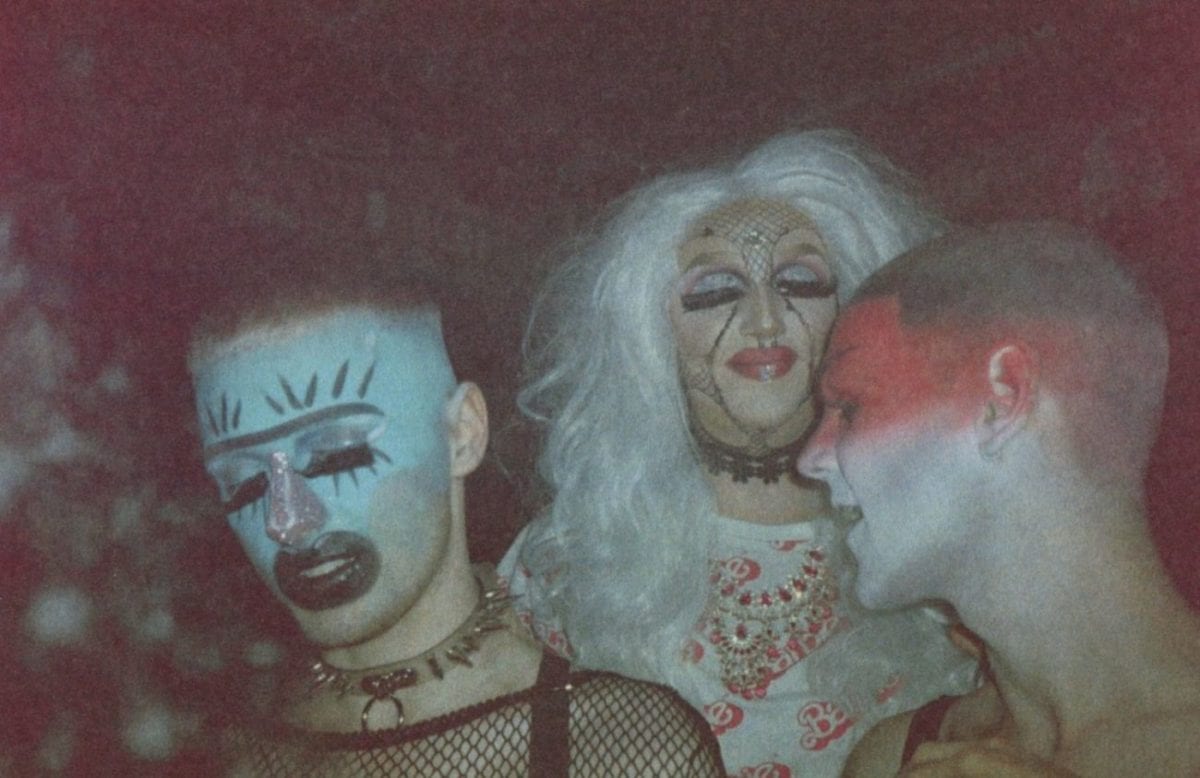 When it comes to documenting the rich and intricate world of techno parties and its hereabouts, very few people have managed to capture the spirit of freedom and heedless abandonment going in these moments. The trance-inducing power of a loud kick drum resounding between the trees, the intense feeling of belonging felt when smiling at a beautiful stranger, the dizzying loneliness of the road back home… all of these fragmentary moments become an elusive component to an impalpable puzzle.

Here is the initial postulate of ‘Mydriasis‘, a new artbook curated by French photographer and video artist Irwin Barbé, in association with Lyon-based graphic design studio Service Local, gathering visual slices of party memory shot by over 40 photographers from all around the world. To give you further insight into this multi-sensory trip in exploded view, we sat down with Irwin as he lifts the veil on the production stage and raison d’être of this one-off archival project.

* Mydriasis is a crowdfunded project. To help make it reality, please take a moment to contribute towards the project here (ends 12th January 2018). 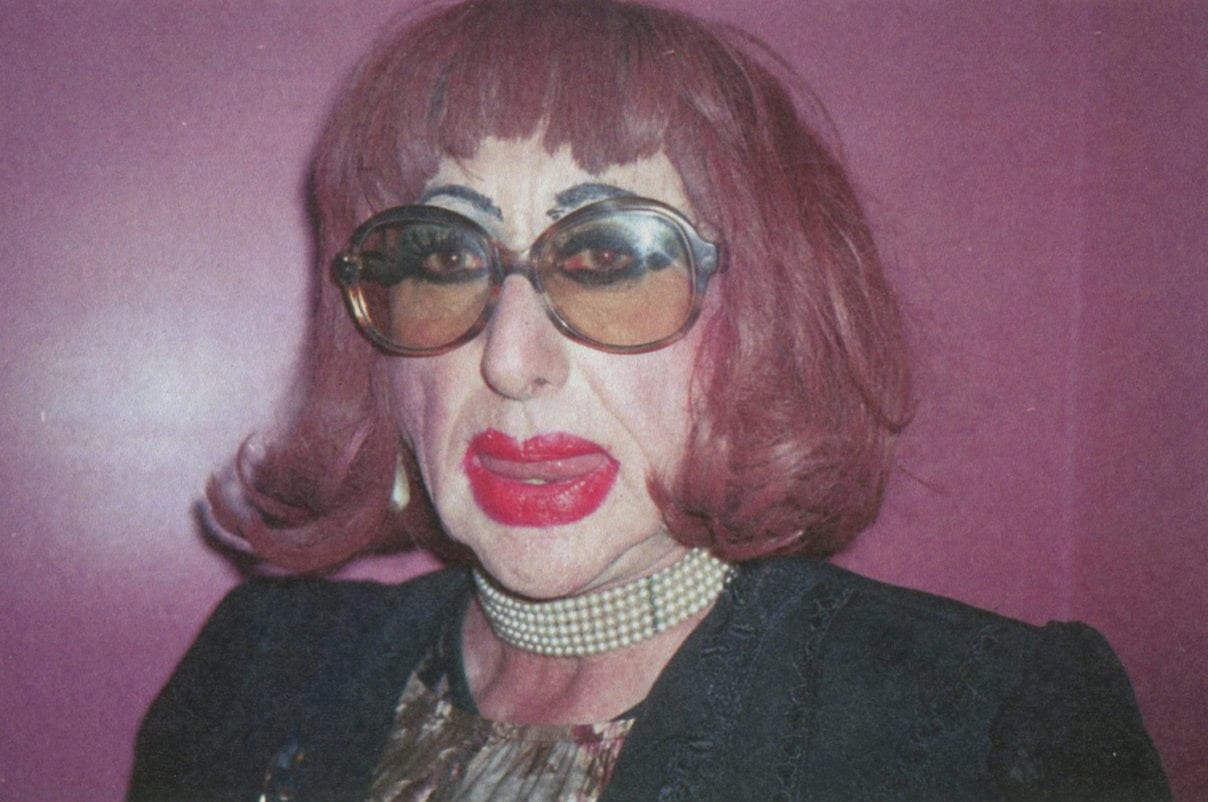 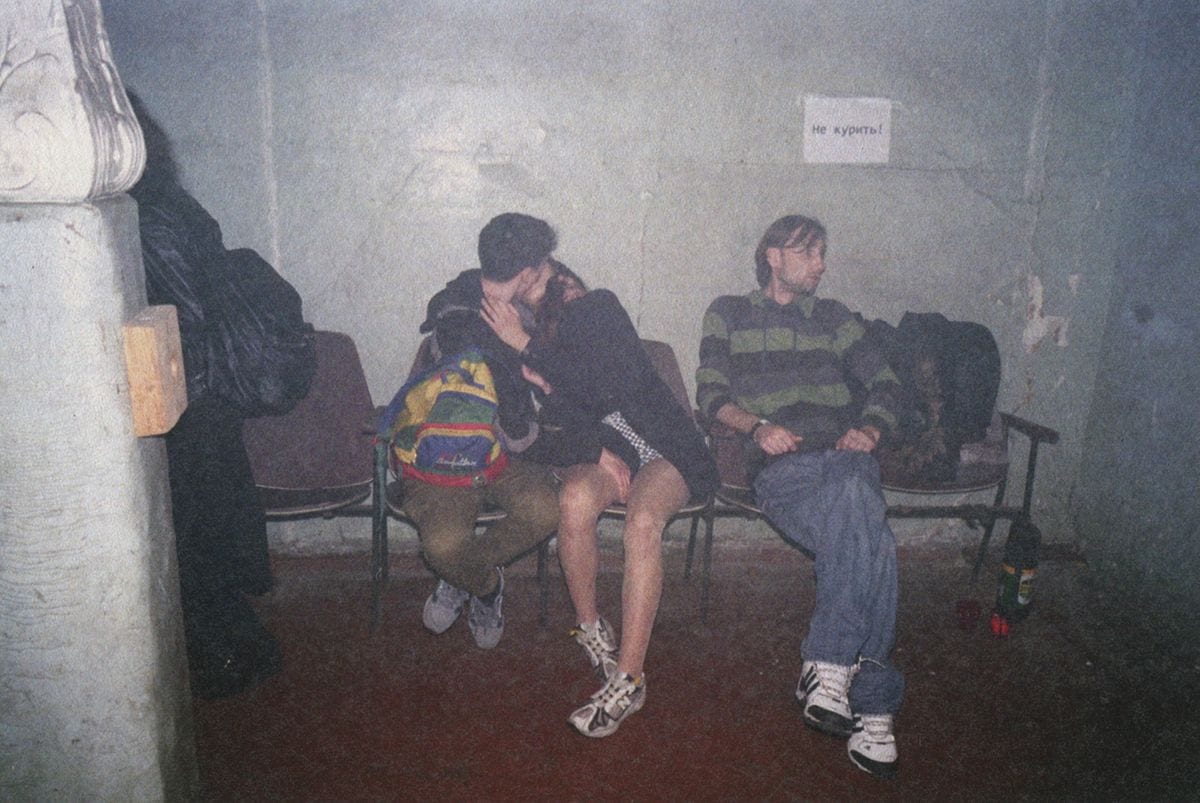 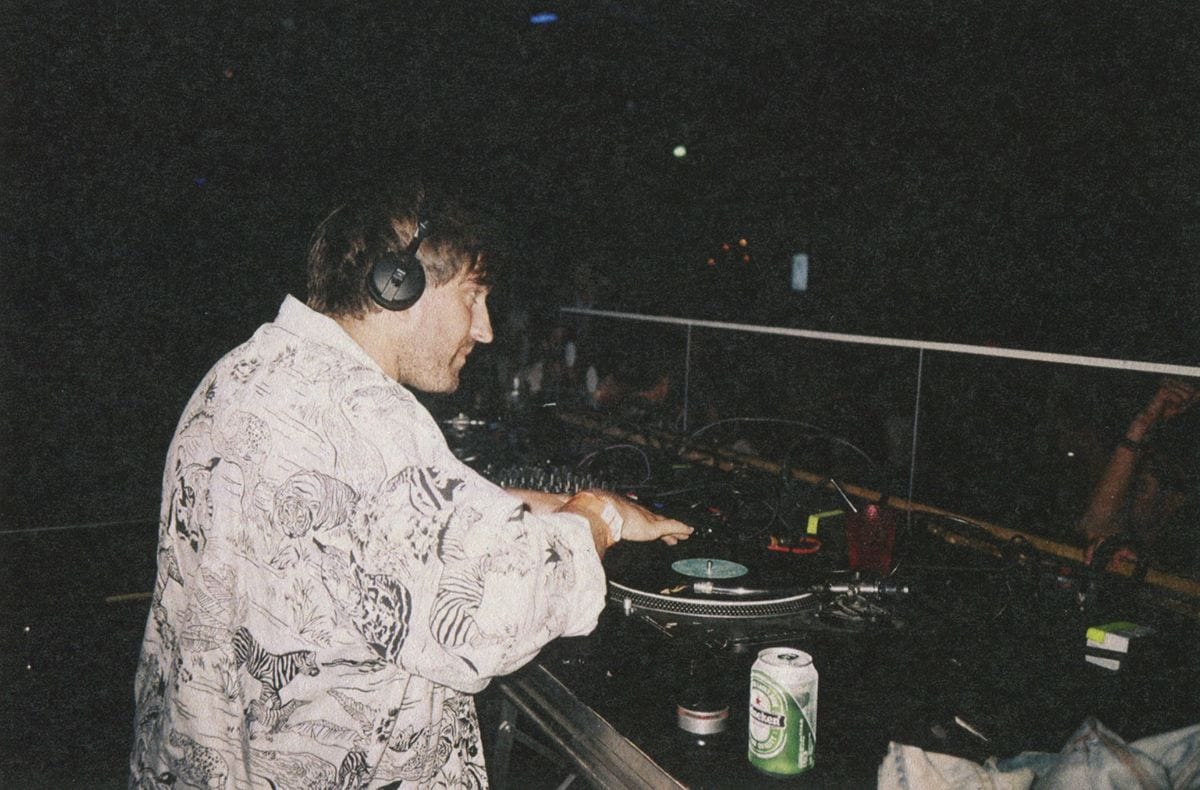 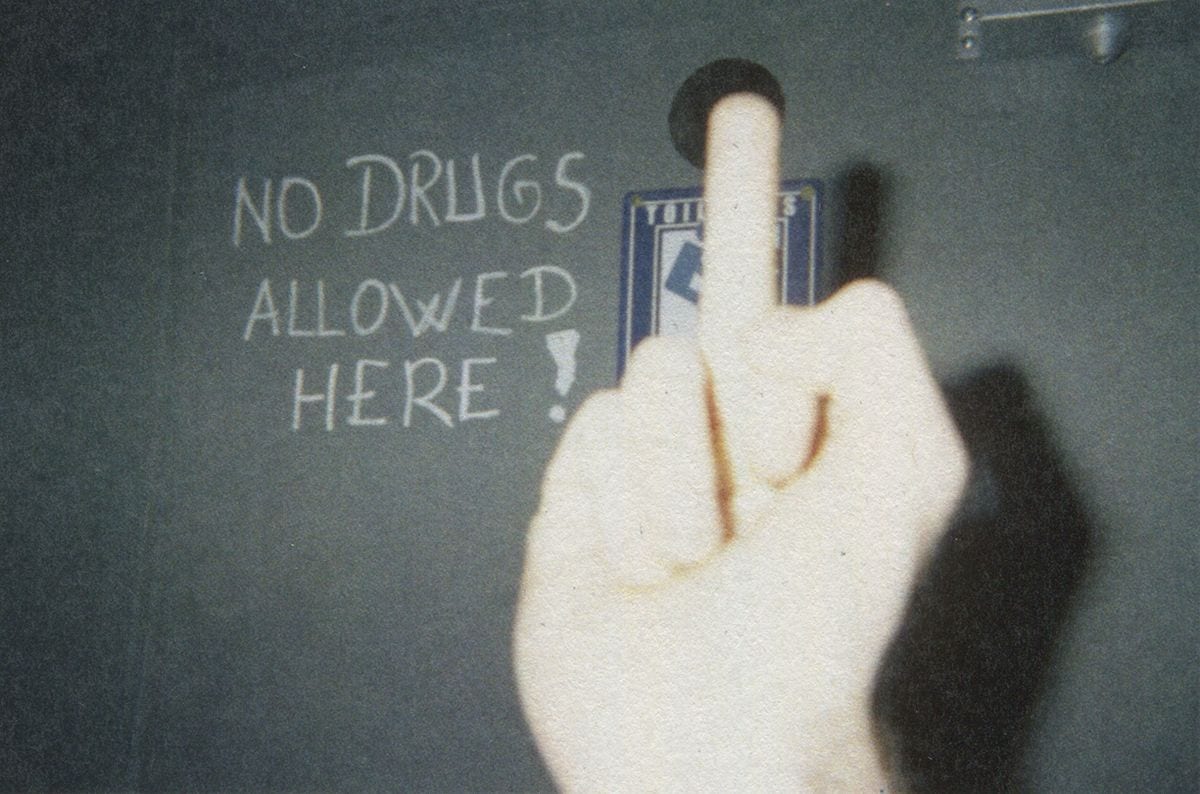 Hello Irwin, your new book ‘Mydriasis’ is about to come out. Presented as “a collective photography book on partying as a psychological, physical and atmospheric experience”, it gathers the work of over 40 photographers from all around the world and documents the richness of the rave scene. How did the concept come about?

We actually got the idea at a friend’s party in their apartment in Paris. We were showing each other pictures that we shot at various parties and we realised how connected the pictures looked. Something clicked in our minds and we thought of a book that would create an ensemble with these images: a stream of consciousness translating visually what partying means to us.

I joined forces with Clémentine and Tiego (Service Local), who are a super talented graphic design duo and we then expanded the project by contacting other photographers from around the world. Amongst the 40 contributors, some are professional photographers, others are just party-goers who are passionate about photography, but they all share the desire to capture those fleeting party moments.

Why did you go for the crowdfunding system?

We chose to publish the book using a crowdfunding system because we wanted to have complete control over the project. This book is about cultural scenes we’re involved in, so it was important for us to be able to be completely independent when making the editorial and artistic choices.

I guess it took you quite a long time to garner all these fragments and find a suitable order to display them. How did you proceed selection-wise?

We asked each photographer to send us a wide selection of pictures. What was really cool is that they all sent us really intimate photographs, not just generic party pictures. We spent several months immersed in those images, and chose the ones we felt were the most evocative.

After this first selection, we still had folders containing hundreds of images and we were kind of overwhelmed, so we decided to print all the photos in small thumbnails and started constructing a real paper mock-up of the book.

You explain it was an attempt to “re-create the loss of sensorial and cultural reference points typical of these festive moments”. I felt the page layout did quite a great job of assembling these visual morsels into an engaging and coherent story, like partial snapshots from a dizzying ensemble. How were the pictures weaved together? Why the choice of a thematic approach?

At first we thought of structuring the book geographically, but we realised that our goal was not to have a journalistic approach. What we wanted to create was a book that would translate emotions, sensations. An intimate experience, where you’d feel like you almost know the persons in the pictures and the places.

We tried to create a balance between raw images and more poetic ones, so that it would never become sensationalistic. We also wrote small texts dispersed throughout the book, that work as narrative fragments of imaginary psychotropic stories, and add new immersive layers of understanding to the photos. 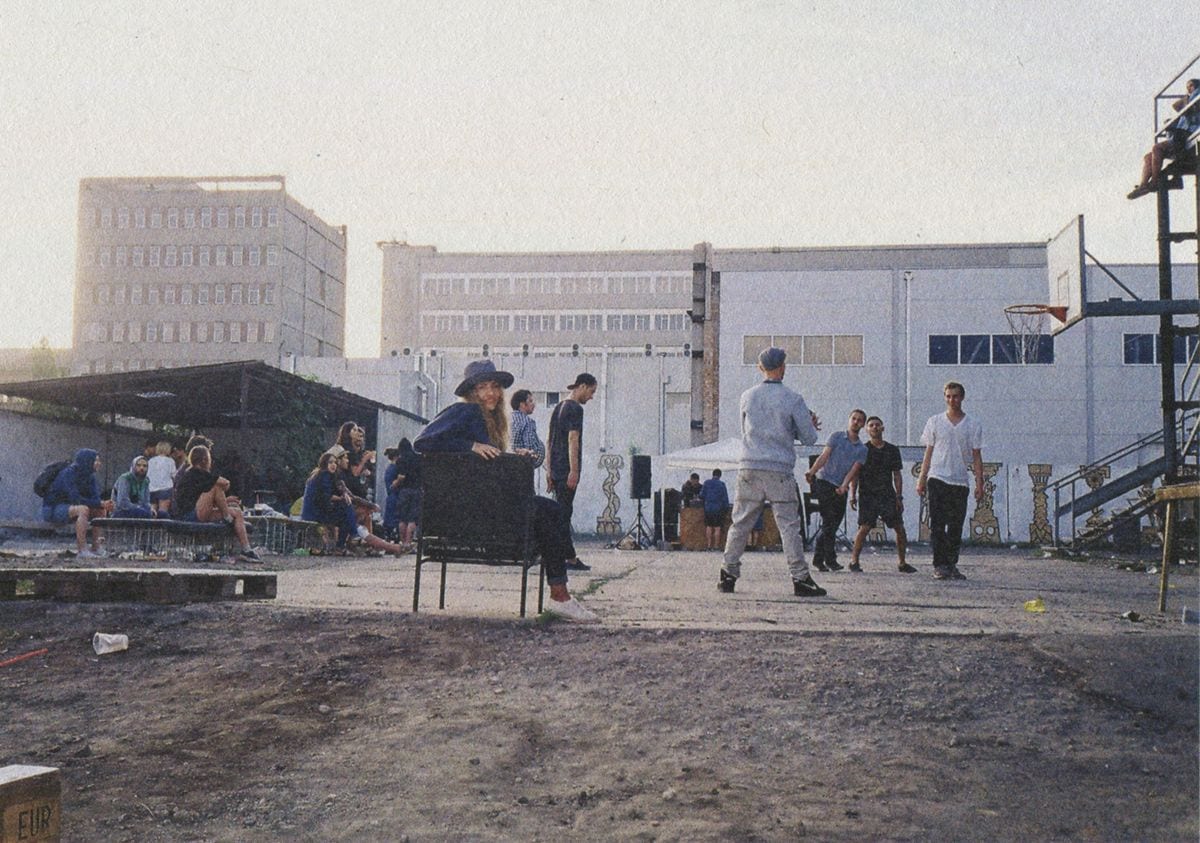 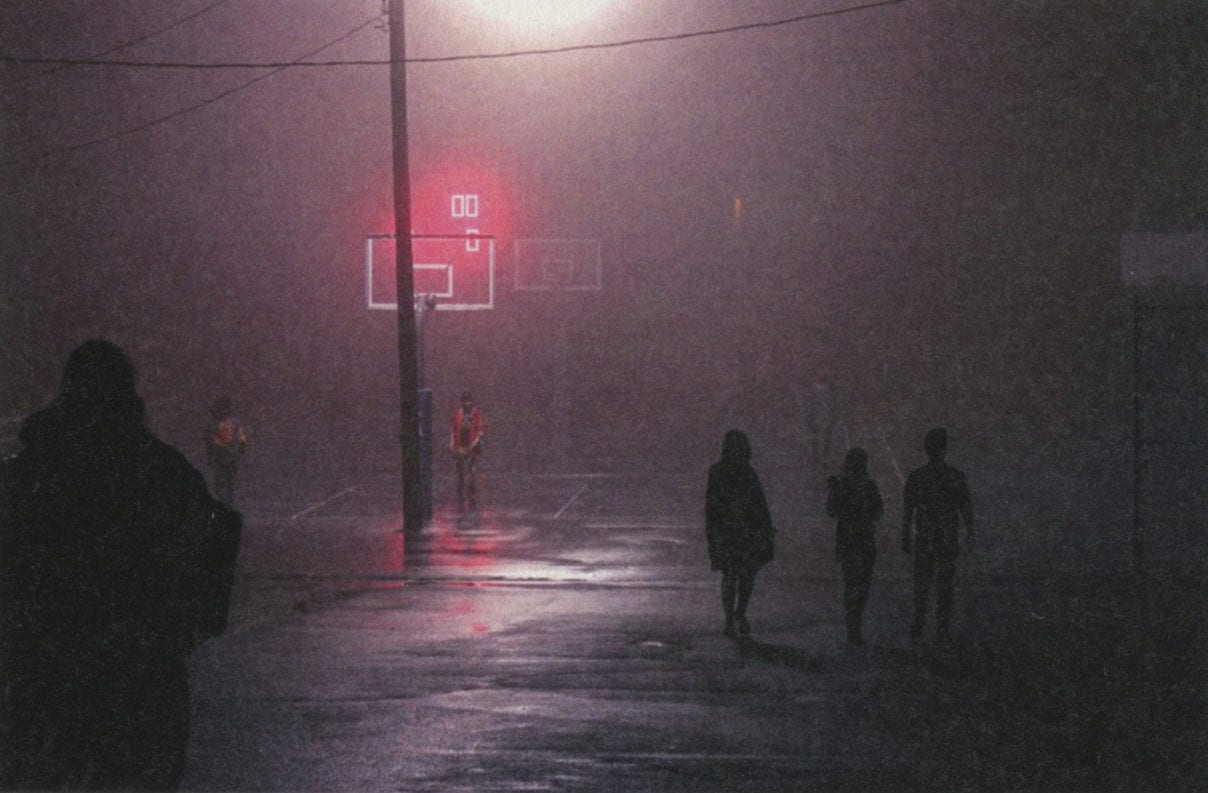 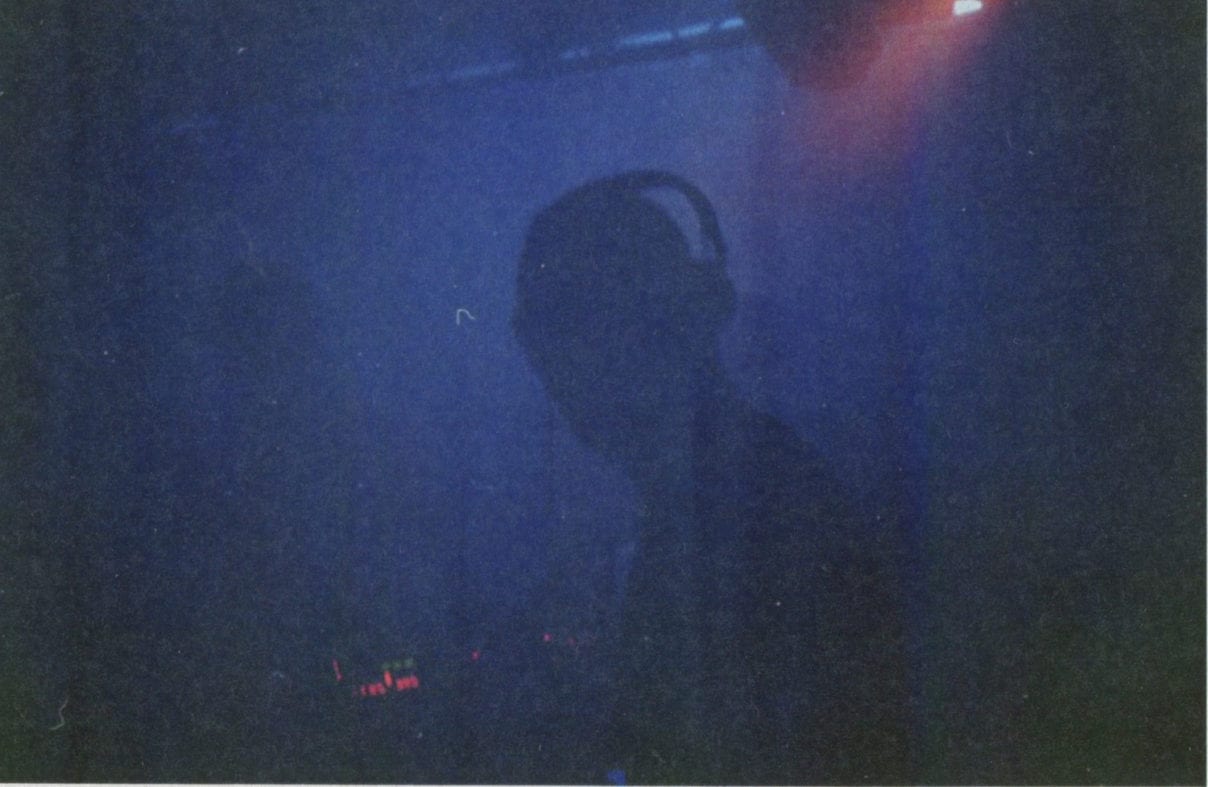 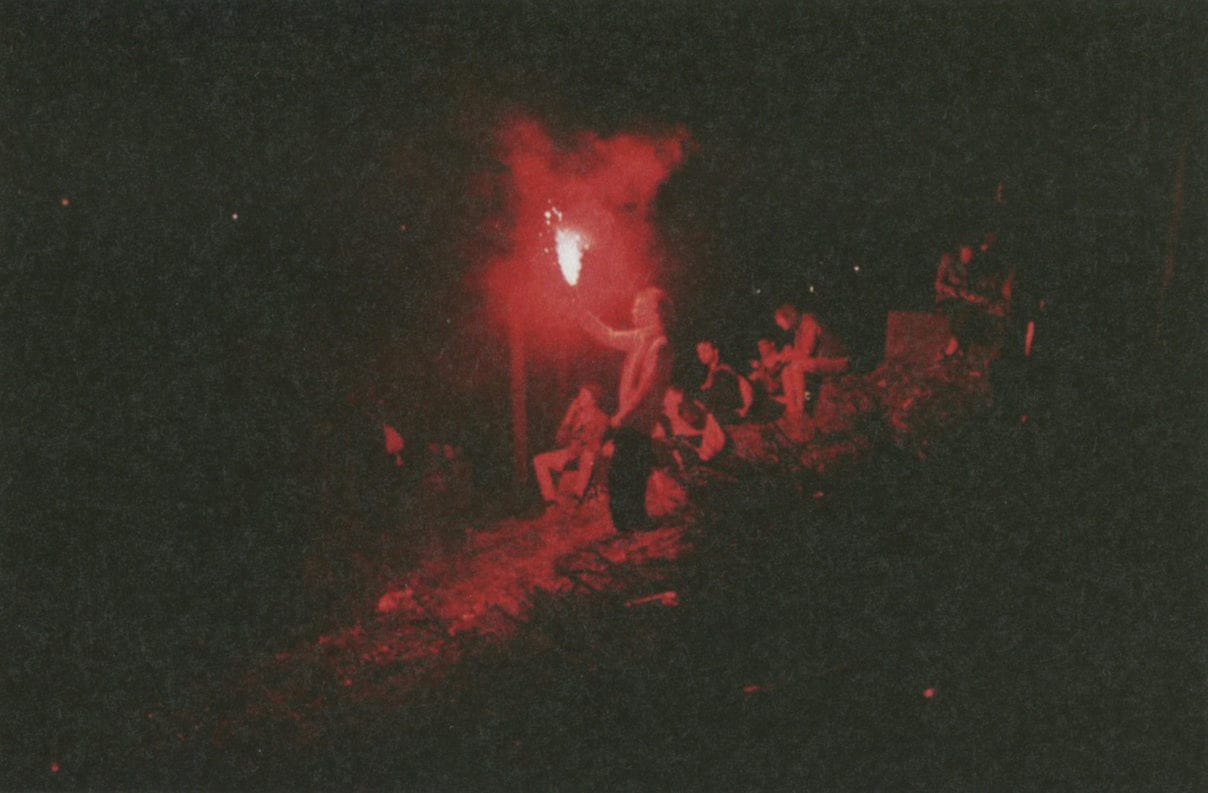 The architecture of the place in which a party takes place is key to the empirical experience; did you think about reflecting this variable / shift in perspective across the layout as well?

Yes, in a way we conceived the book as what would be a perfect club space or party to us: adventurous, frightening, human-scaled, tender, and with a lot of rhythmic variations.

‘Mydriasis’ is the scientific word for the dilation of the pupil, which is – amongst other causes – an effect of the use of drugs. As accurately described in the project’s presentation, these genres are “often seen by the collective unconscious as impersonal, mechanical, escapist and linked to drugs”. From your own experience at rave and techno/house parties over the years, how has the live experience evolved? Are these clichés still going strong?

Even though house and techno parties have became increasingly institutionalised over the last six-seven years, they still contain some inherently disruptive aspects. In Paris for example, because it is so dense architecturally, and gentrifying so quickly, there are a lot of complaints as soon as a new space opens.

The fact that those events often happen late until the morning, and involve the use of certain drugs like MDMA also creates a problem. Even amongst people my age, there are still some who have really stereotypical ideas about what a techno party or rave is, but I think the clichés and propaganda against these movements is less intense than twenty years ago.

From the margin to the spotlight, techno and house music have moved horizons, diluting some of their politic force to expand to a further important position in modern culture. How do you think this involvement of a broader audience – certainly less conscious of the genres’ counter-cultural essence – alter techno and house’s power for change?

I do sometimes have the feeling that techno and house are now just consumed like any other pop culture movements. Or that they’ve become easily accessible trends. But there are still events that can be life-altering: even if it seems like techno and house now function relying on a “star-system” in which the line-ups are more important than the atmosphere of the parties themselves, these events could still give the desire to some of the people who attended to go deeper and to explore the margins. It might not be as powerful as what happened in the nineties, but it can still give you a glimpse of other ways of life, less anchored in mainstream culture. 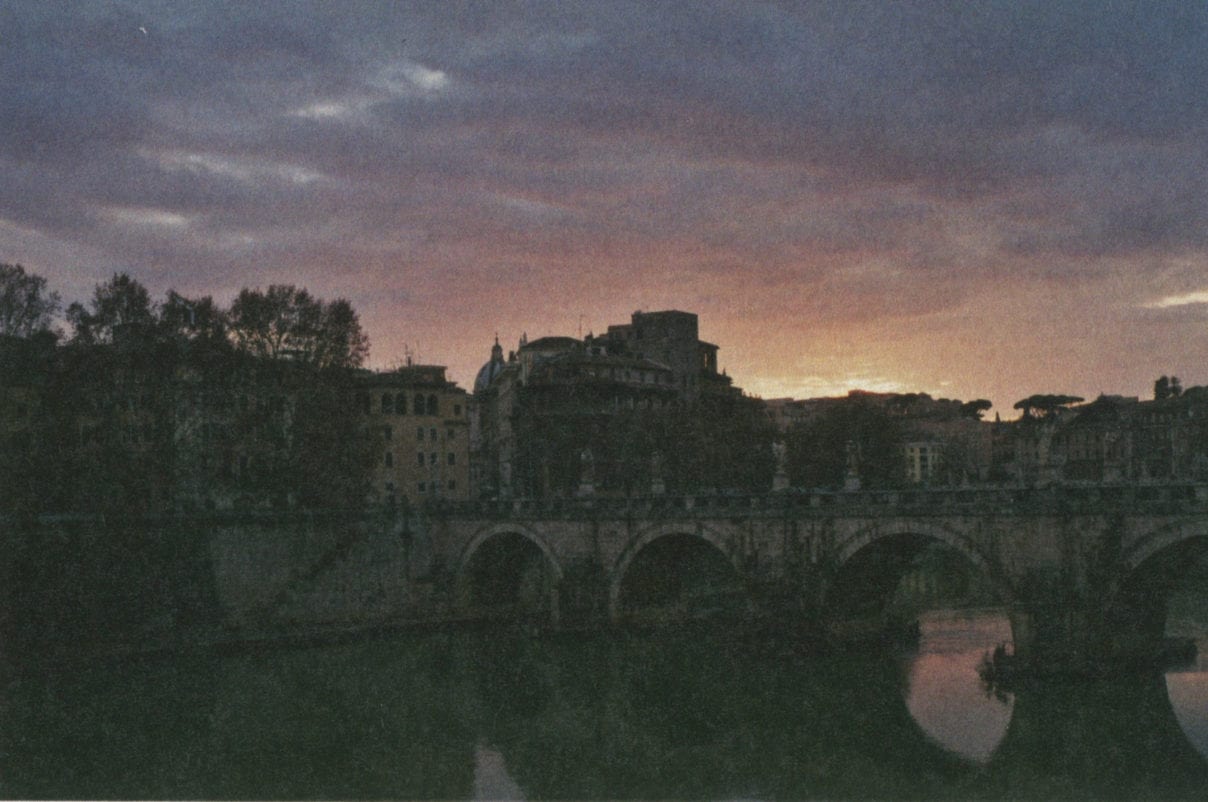 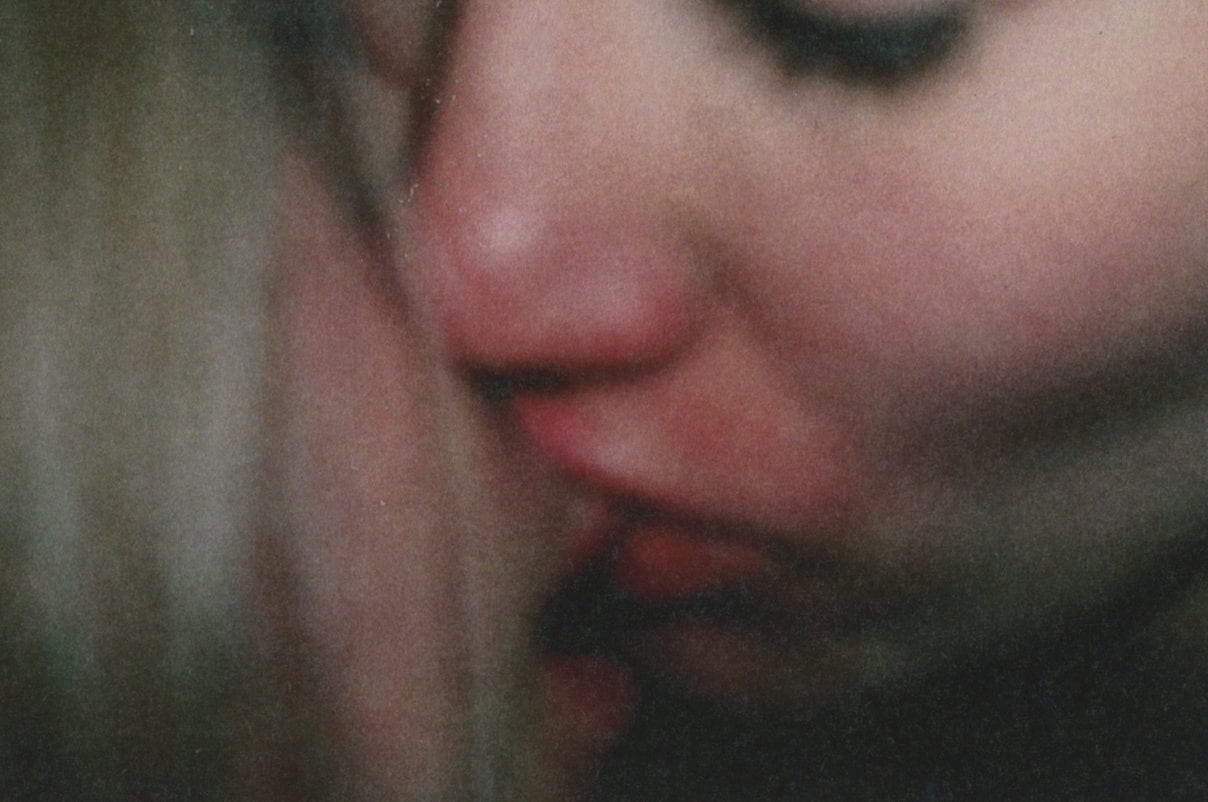 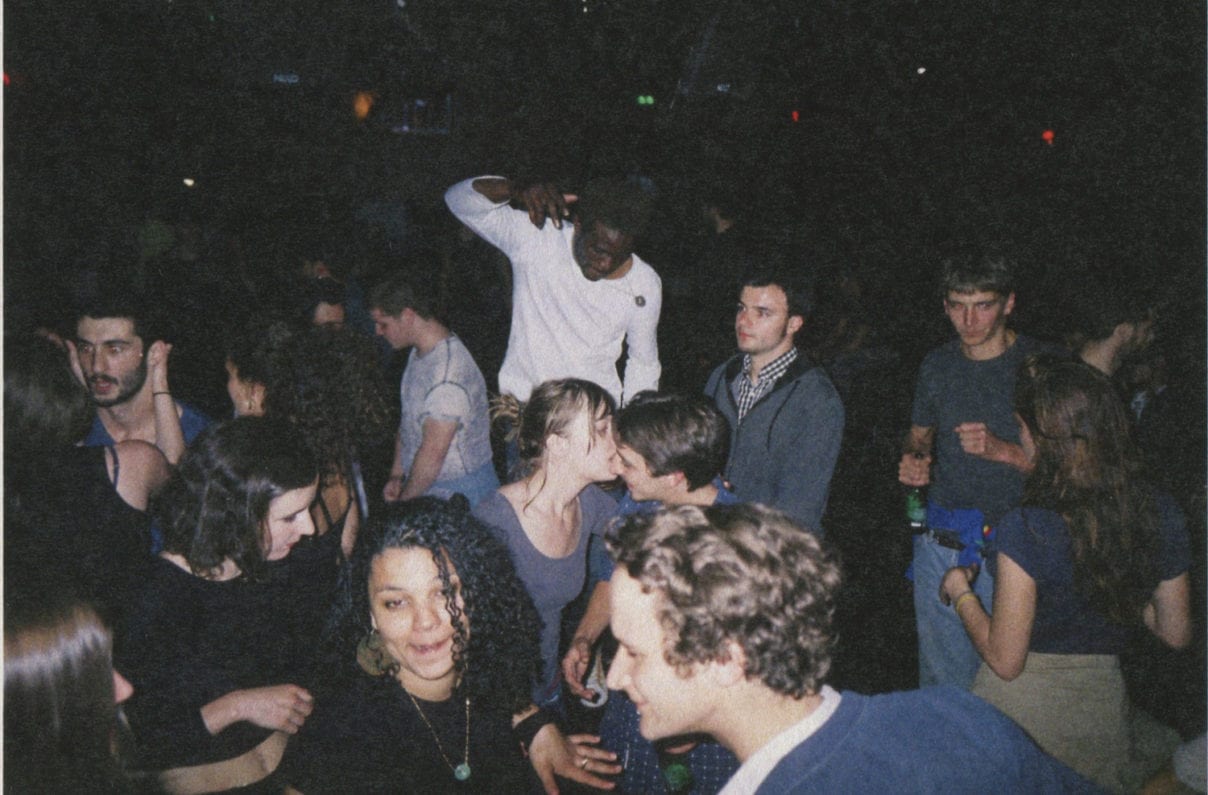 You speak of the scene in terms of “codes and rituals”, which involves a very codified imagery that can be experienced in all styles of parties today; a glance at the “starter pack” memes for Berghain aficionados and Afro-house DJs is enough for the blindest to understand the standardization of taste in music and its by-products. Yet the pictures shown in the book reveal a different, more diverse and free-spirited facet of nowadays’ party fauna, which is honestly quite reassuring to see. Do you feel this freedom of expression is getting rarer to witness?

This was actually one of the things that really motivated us to pursue this project. As you said, as these genres get more and more popular, they also seem to lose part of their essence: many techno/house clubs and festivals just feel like big capitalistic machines now, with crowds often extremely homogeneous.

I’ve been to big events where absolutely everyone danced that same way, dressed the same way, and none of the “minoritiy” communities seemed represented. We wanted to use our book as a window showing that techno, house and rave in their most underground forms are still about diversity, self-exploration/self-expression, and sensory experimentation.

What would you say is the constant between all the places/parties/audiences pictured in the book? The one thing that remains, no matter the cultural or geographical background?

At the risk of sounding corny, I think the constant element between all the instants captured in Mydriasis is the feeling of communion. Communion between friends, between strangers, communion with a group, with a subculture, communion with the sound waves, with a space.

To me this is the fundamental aspect to all these moments, because it is a void they can fill: in societies that otherwise don’t offer cathartic rituals anymore, raves and techno parties represent a link to something ancient, primal, and profoundly human.

Want a copy of Mydriasis? Sponsor a copy on Ulele 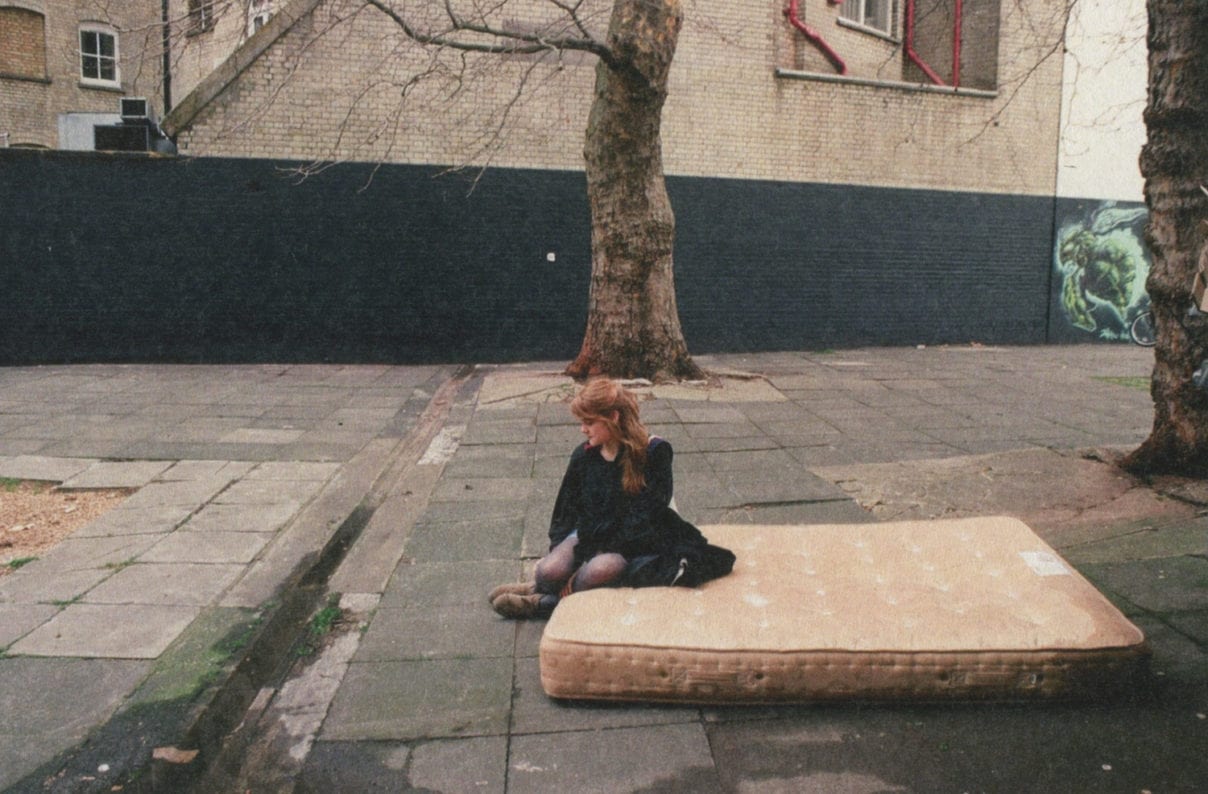 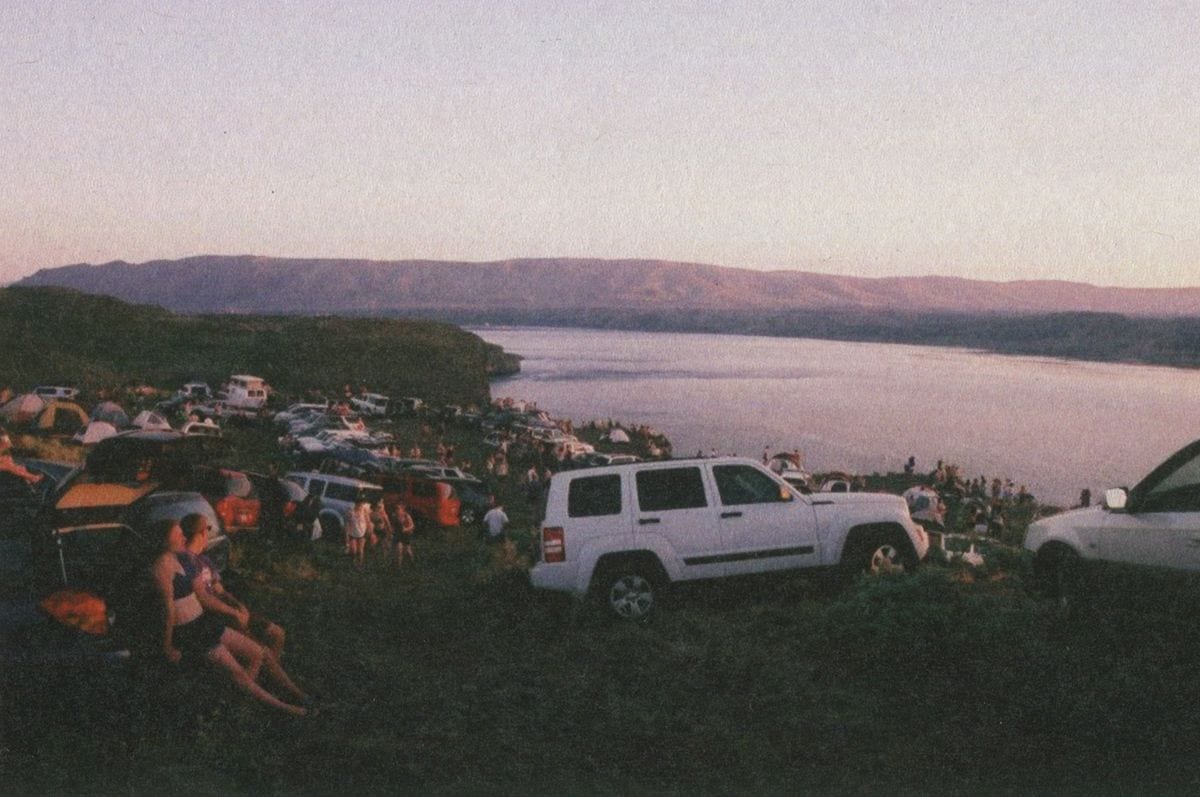 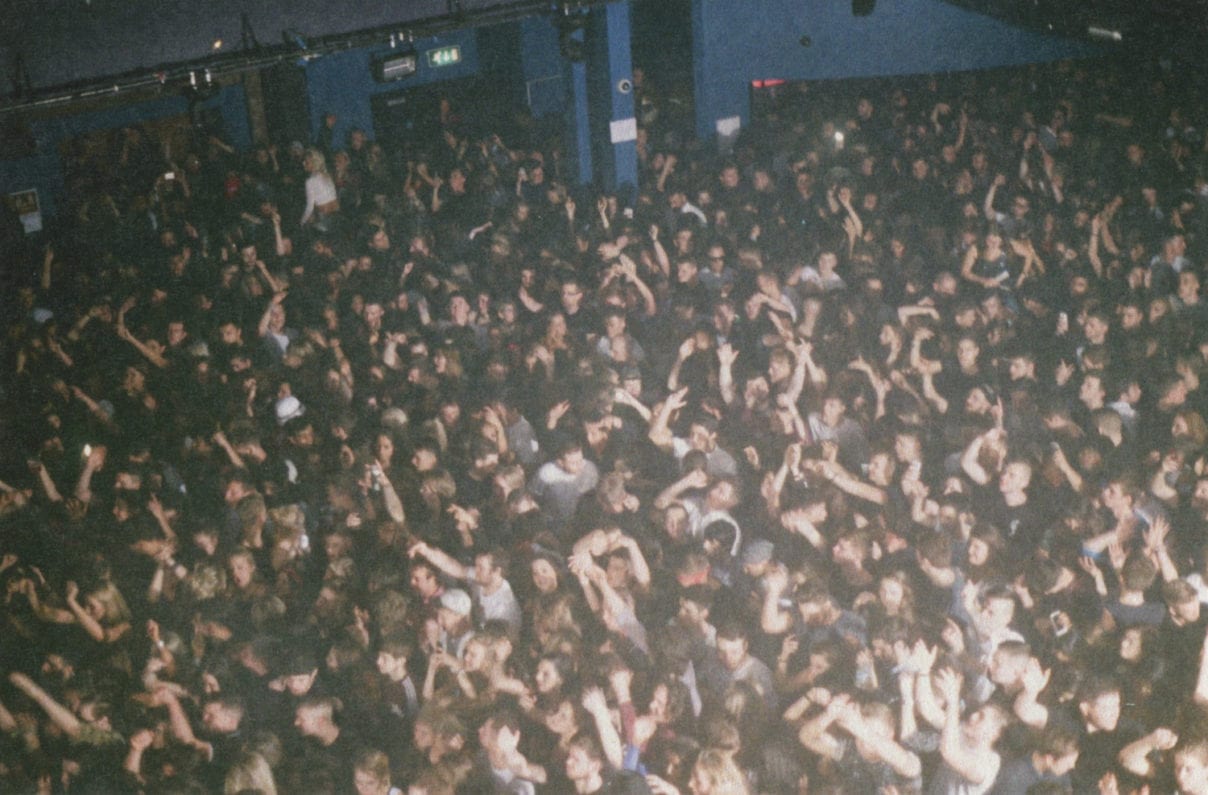 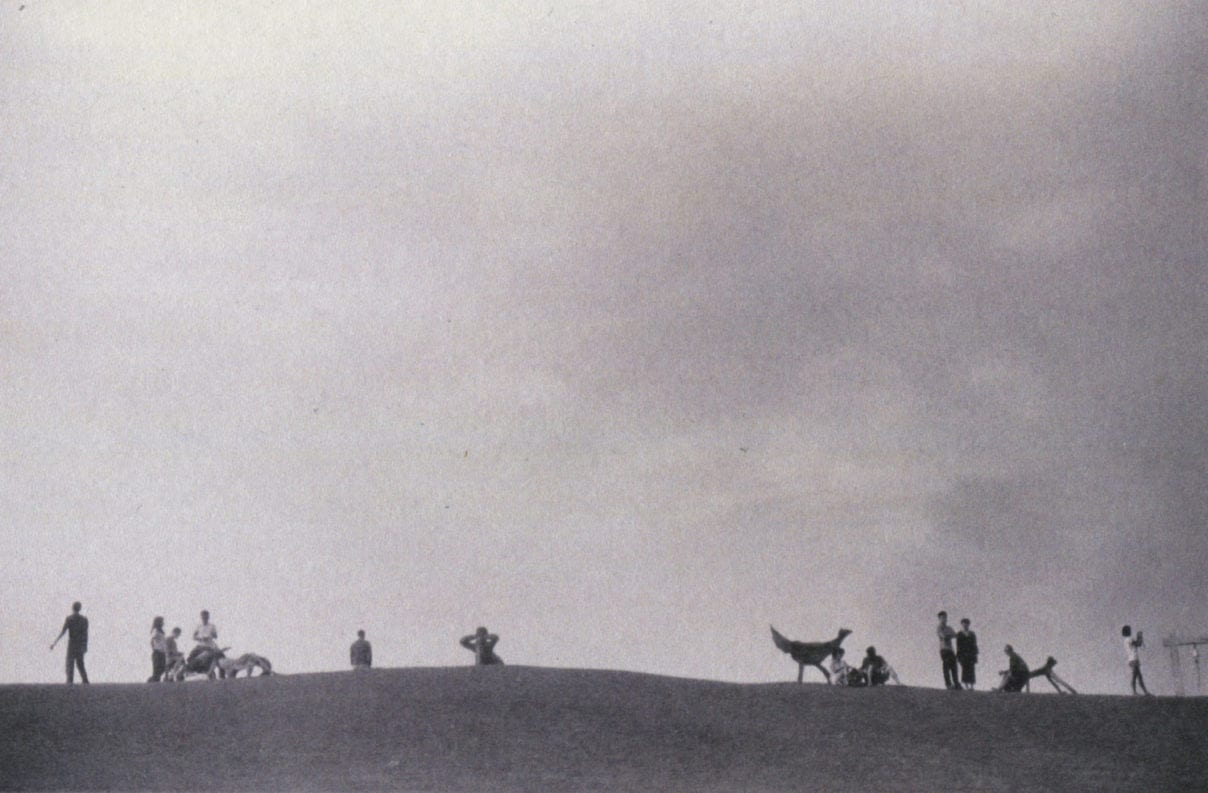