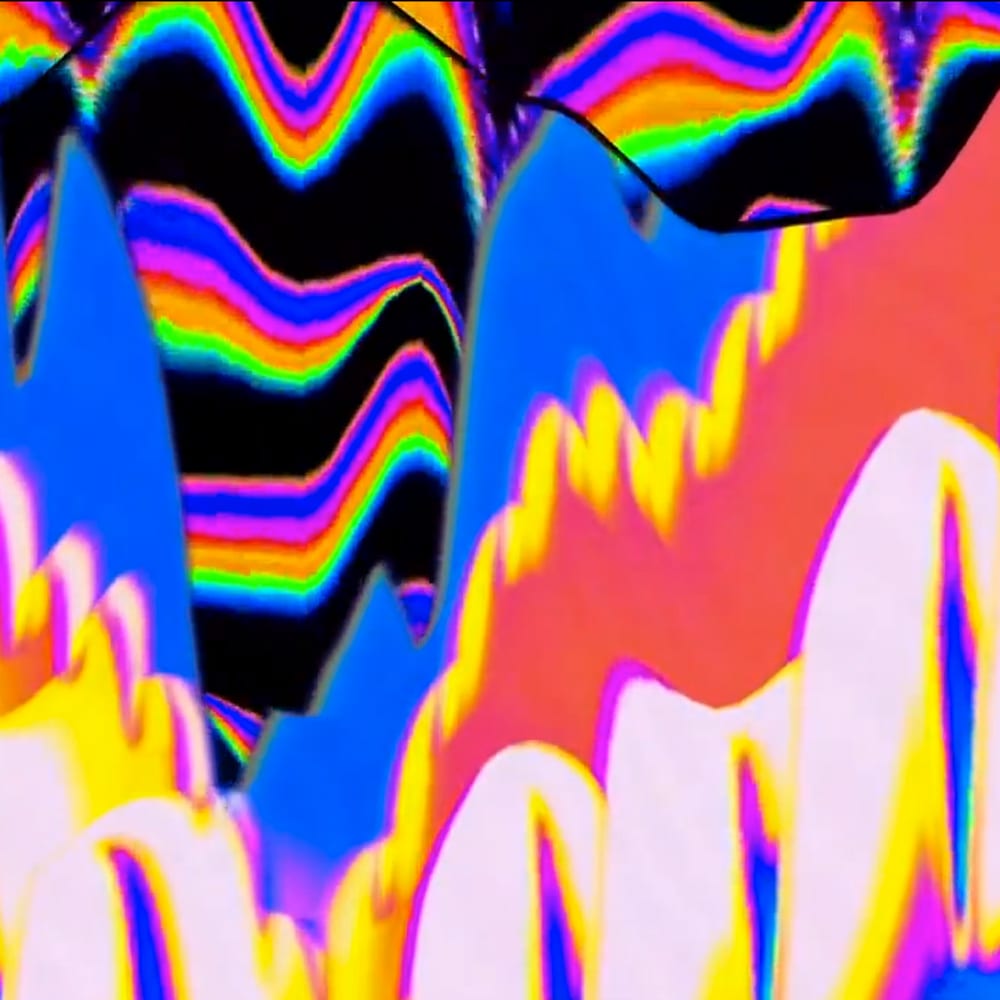 Back in June 2013 Howes released his debut 12″ “TD-W700” on the Manchester based imprint Melodic Records. Despite being relatively new to the industry and considering he’s only 19 years of age, Howes’s music takes influence from the darker realms of minimalist glitch, house and techno.

Howes uses tape as part of his recording process; his hardware set-up consists of a modular synth and two Technic 1210’s that feed into Ableton, where he completes the initial track, but emphasises the importance of, as he puts it “getting the music back out of the computer.”  To that end he records tracks onto tape before feeding them back into the computer, drawing together the essence of the technological past and the undimmed, glimmering present to create a delicious set of hauntology. “I arrange noise into various patterns distorting and warping the sounds as I go. The way I make stuff is chaotic; I’m not a musician, I don’t know theory, I’ll never sit down and write a melody on a keyboard.”

The track “Crease Fusion” is a digital bonus track from “TD-W700“, the video accompanying is was directed by video and new media artist Sam Newell. Sam studied at the Pratt Institute of Brooklyn and the University of New Mexico. He has since exhibited at the Hyperlink Festival, Tate Modern The Tanks, London and MoMa PopRally 2013, Museum of Modern Art, New York. His video for “Crease Fusion” is a mix of analog video generators and digital effects. In the interview below Howes talks about his early involvement with electronic music and concept behind the video.

Please can you introduce yourself and tell us about your early involvement / relationship with electronic music?

I’m John Howes and I make music for Melodic Records. I’ve been making and listening to electronic music since I was about 14. I’ve put out some tunes on other labels in the past and self released some stuff but I’d consider this Melodic EP to be my first proper EP.

Can you tell me about what artists / albums you have taken inspiration from.

When I was making the record I was listening to a lot of Basic Channel, Workshop, Border Community. Specific albums would be KM Workshop 12, Arrange And Process, Idiots Are Winning. Loads of other stuff too though, my favourite tunes then were DJ Qu – Party People Clap (Levon Vincent Remix), Musicology – Telefone 529, Lukid – Chord.

You’ve recently released your debut 12″ via Melodic Records. How did this release come about, who approached who and what do you hope to achieve with the record?

I was interning in the office and I put out SR2012 on the label I was running at the time. The track surface noise was on there and it finally made its way onto the office stereo and then I showed them some more tunes which eventually became the EP.

Who is the director behind the video for “Crease Fusion” and what is your relationship with them?

The director is Sam Newell, really I’m just a big fan of his work and reached out to see if he’d do a video and surprisingly he was up for it!

Explain to me the concept / vision behind the music video?

I let Sam do whatever came to mind, I completely trusted what he was going to come up with. It was really exciting to just send the track and have no idea what you’re going to get back.

For me it takes elements from VHS video art and 8 Bit computer (arcade) styling, can you explain how the video was made?

The video is a mix of analog video generators and digital effects, I believe its a single modular video patch where the incoming audio signals are converted to control voltage signals which effect things like the keying and RGB signals. I’m sure its a lot more complicated than that but this is about as well as I can explain.

Do you feel your music fits in with the visuals?

Its the perfect combination conceptually. My track is recordings made from analog sources (modular synth, bass guitar) and digital effects are setup to manipulate the audio in chaotic and loosely controlled ways, its kind a of hands off – lets see what the computer spits out and then try and tame it – way of working. From my understanding the video was created in the exact same way where the analog video generators are setup in a way where the incoming signal manipulates the parameters in an uncontrolled way.

Will you be developing further visuals for live shows or new material?

Its hard to say at this point because I think/hope my live shows are going to move away from the laptop in the near future and then it gets really tricky to have any kind of synchronised visuals. Sam’s schedule gets busier everyday and we live on other sides of the world but hopefully we’ll work on something else in the future.