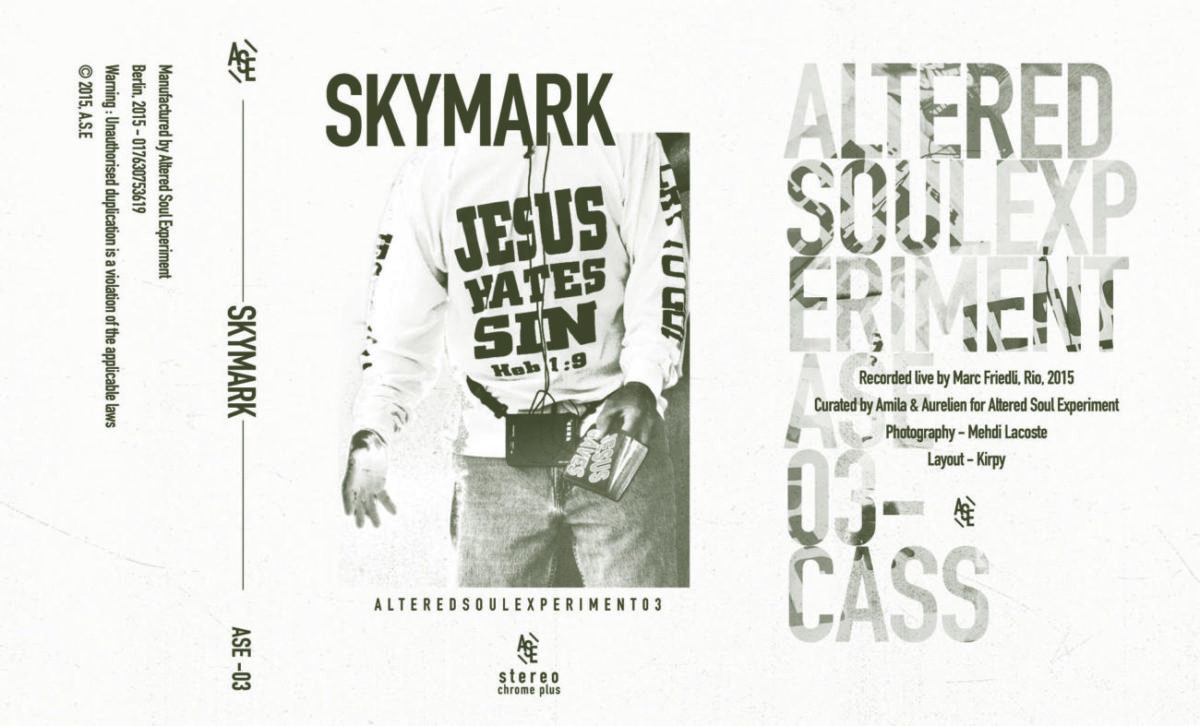 Now based in Rio de Janeiro, the founder of Modern Sun Records is a head when it comes to modern soul, gospel, disco, spiritual jazz or Brazilian folk. A deep connection with soulful material mostly explainable by Skymark’s personal background: his older brothers being record collectors themselves, the sounds of Hathaway, Wonder and Gaye nourished his tender years till he started collecting himself at the age of twelve.

ASE03 is as much of an emotional discharge, fed on the sincerity and fervour of gospel songs, as Skymark’s astute attention to detail manages to generate a very intimate and genuine form of communication between the artist and his audience.

ASE03 is released via Altered Soul Experiment on 14 December 2015 as a limited edition cassette, order a copy here.