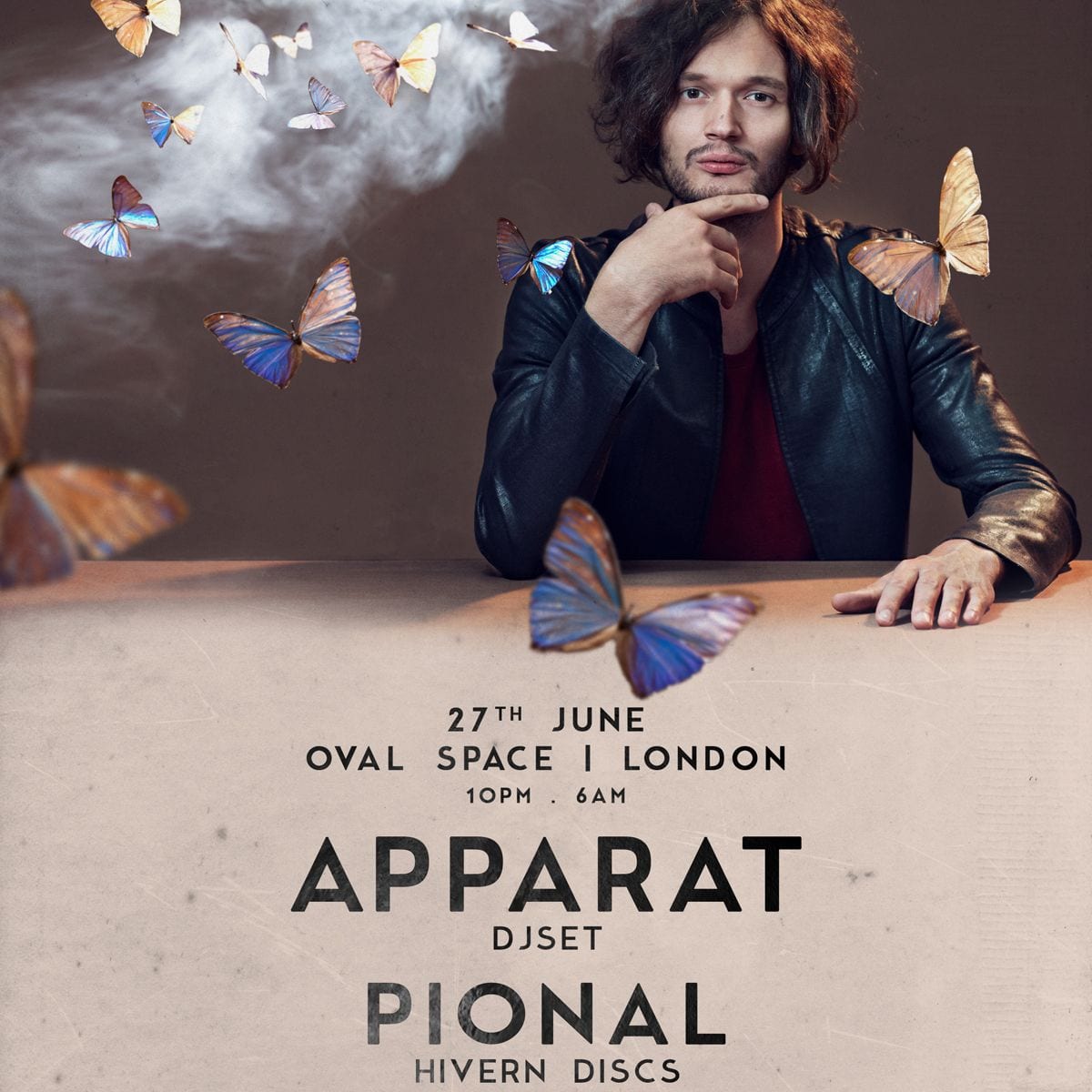 Whilst most of us will be in Barcelona this week for Sonar Festival, those that remain in London should take note of Avant Garde’s forthcoming showcase with German electronic producer Apparat (DJ) and Spanish based Hivern Discs associate Pional at Oval Space on Saturday 27th June.

Pional’s musical talent is highly renowned, with his own vocals and instruments infusing his distinct haunting tracks. He also collaborated with label mate John Talabot back in 2012 on his album ‘fin’. The now iconic track ‘So Will Be Now…‘ featured Pional’s vocals and is now a definitive summer anthem.

Berlin based producer Apparat aka Sascha Ring has worked tirelessly on producing his own take on melancholic electronica to build up intense atmospheres in his live shows. His performance at Oval Space will be a DJ set, so expect a choice selection of records from the Berliner.

Support on the night come from The Troubador and Rabota, to provide a genre-spanning musical journey fresh from playing as a duo alongside Fritz Kalkbrenner.