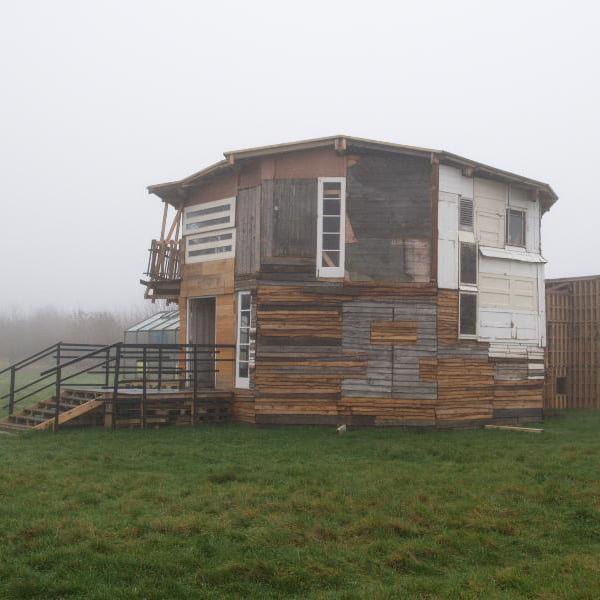 The album is composed of various live recordings taken during a six week musician-in-residency at Wysing Arts Centre, Cambridge (pictured). During his residency Luke created new material in response to the metaphor of the forest. His approach to his new album is a free form, heartfelt take on dance music – perfectly suited to Border Community.

“There was a large emphasis on improvisation during the whole process. A lot of what has ended up on the record was originally recorded as first-takes or sketches of ideas.”

‘Wysing Forest’ has been composed to be listened to as a whole, further adding to the aspect of the album as performance.

“Structuring the album to work as a whole was quite a challenge, almost more of a challenge than making the music but I think I’ve ended up with something that has a kind of internal logic. I hope that it’s a record that people can keep discovering more layers to.”

“It comes from silence and it flourishes until it becomes organised and functional, then it begins to dismantle itself until it plateaus and eventually stops.”

“You can dance to it if you want, but you don’t have to”

Stream ‘Amphis‘ taken from the new album via Soundcloud.