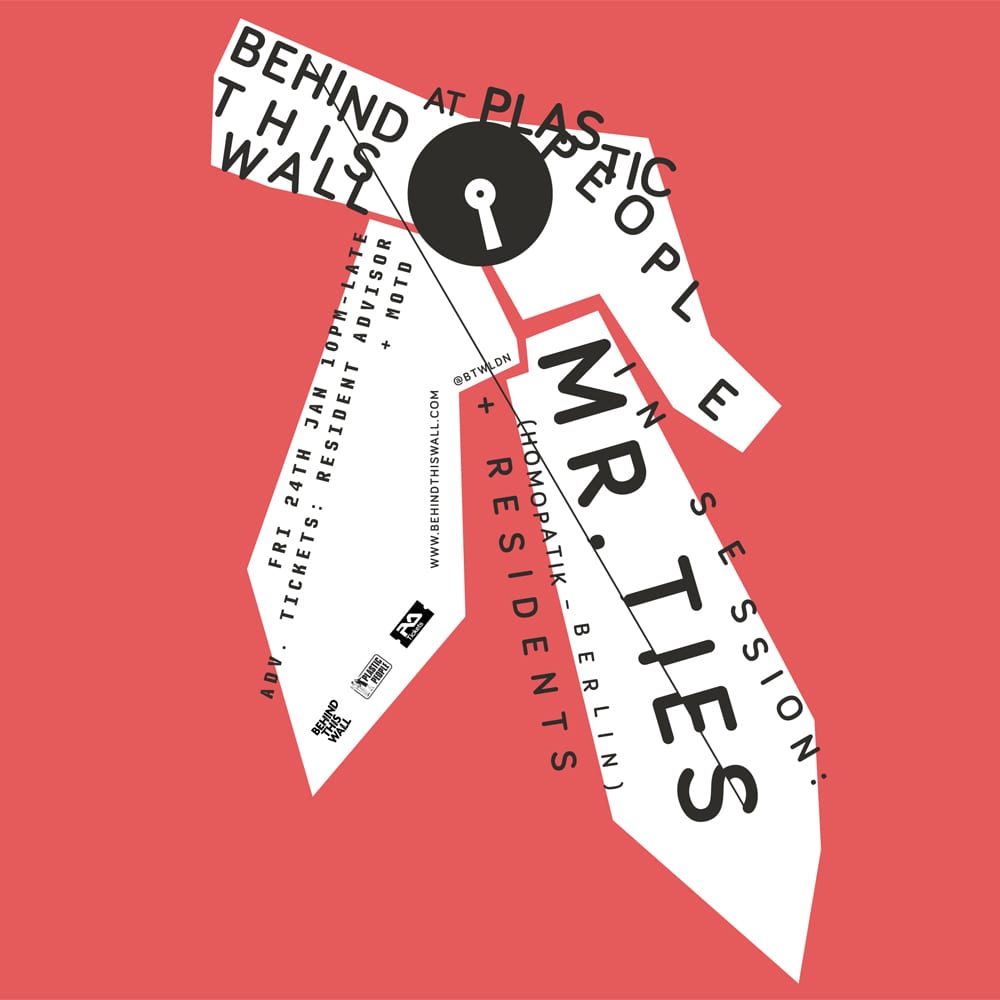 Behind This Wall kick off the new year at Plastic People with an intimate DJ set from Mr Ties and resident Alex BTW on Friday 24th January.

‘Cult Icon’ is an increasingly ubiquitous term in dance music – bandied around in a plastic sense on expensively assembled sample packs, DJ polls and beach-side billboards. This diluted sense of term thereby lends a weighty lustre when applied with genuine intent. Mr. Ties is such a rarefied thing.

Self-styled as a ‘citizen of the world’, Francesco De Nittis takes an all-encompassing approach to his art, sourcing records of all types and blending them into something new across his technicolor DJ sets. His Homopatik nights in Berlin stand enviably above the ferocious competition, drawing universal adulation from the cities’ hardened denizens.

Having just established a new imprint, eponymous to the Homopatik events, 2014 will undoubtably see Francesco’s profile grow exponentially. Be sure to catch him in session at Plastic People for his first London show of the year.