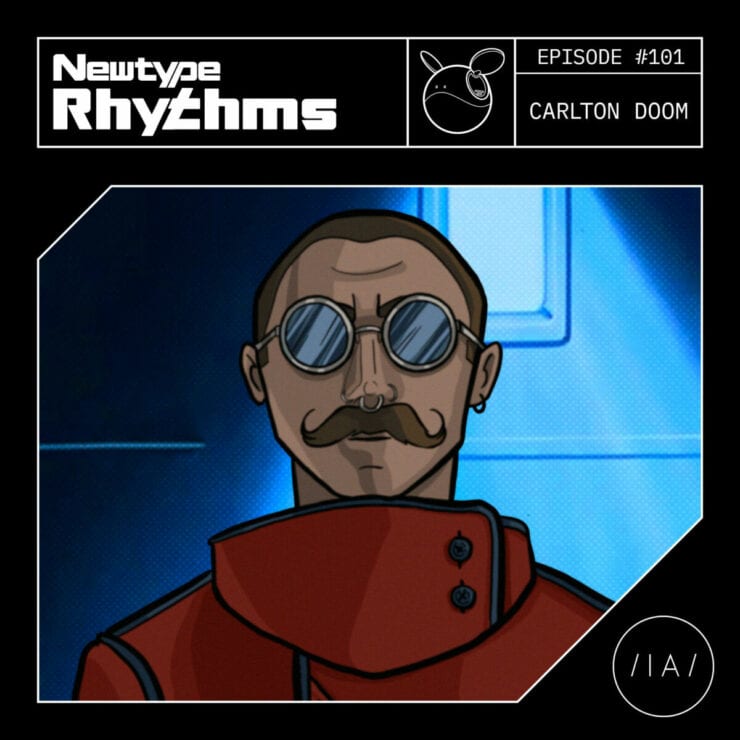 The latest episode of Newtype Rhythms stirs up a connections between the cosmos and the club – courtesy of Belfast bad man Carlton Doom.

Fresh off his latest release, entitled ‘Ard on the always-excellent Hypercolour imprint, Carlton has been making his mark with impeccable productions that stoke the gradient between the worlds of electro, breakbeat and UK hardcore.

His evolution is quite evident from his beginnings on Neutralizer (Dixon Avenue Basement Jams’ sub-label) to releasing later on Or:la’s Deep Sea Frequency – the exploratory nature of his work harkens back to a time where past glories became future-proof, and he decided to capture and cultivate a s sound that honours the past and simultaneously rings true throughout dancefloors decades from the root of its inception.

Between his magnificent progression and his love for the rave, it would have been a terrific catch to get him for a guest mix for Newtype Rhythms; and here we are, beaming from space stations and hearing the most glorious of sounds to boot.

Carlton Doom’s contribution to our sister mix series is a one-take live mix that hits all the right notes; featuring the likes of Aphex Twin, DJ Skurge, El-B, and that Justin Timberlake guy. Be sure to keep an ear out for some mad tunes from the special guest himself as well, as his guest mix starts at 43 minutes in. As always, host and resident Sheepshead keeps us limber with a warm-up set featuring tunes from Al Wootton, Lone, Matthew Herbert and Object Blue.