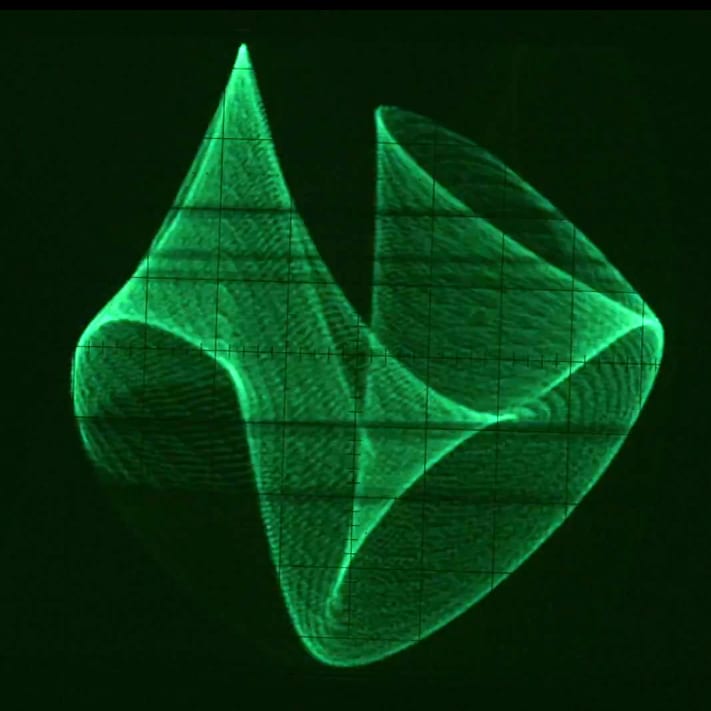 Ahead of the release of Clark‘s forthcoming ‘Superscope‘ EP on Warp Records, Clark has revealed a new music video directed by London based musician and oscilloscope wizard Vincent Oliver for Adoxo.

The video was made entirely with a cathode ray oscilloscope, what you see is one shot – no video effects or video editing. Almost everything you see is the product of experimenting with simple tones from test tone generators and synthesisers, layering them up and mixing them together in music performance software.

The video also makes up part of the new Clark ‘Phosphor‘ live show. You can read more about the intricacies of how the video was made via Adoxo.

“I wanted to make tracks that had subtle depth and longevity but were simple and hooky enough to work on the dancefloor. They’ve been tried and tested many times in different ways at all of my recent live shows. It was also really important to tie the oscilloscope imagery visuals into the art work. All in all I was hoping a singular, potent slab of techno that could be matched with accompanying visuals for the live show.” – Clark