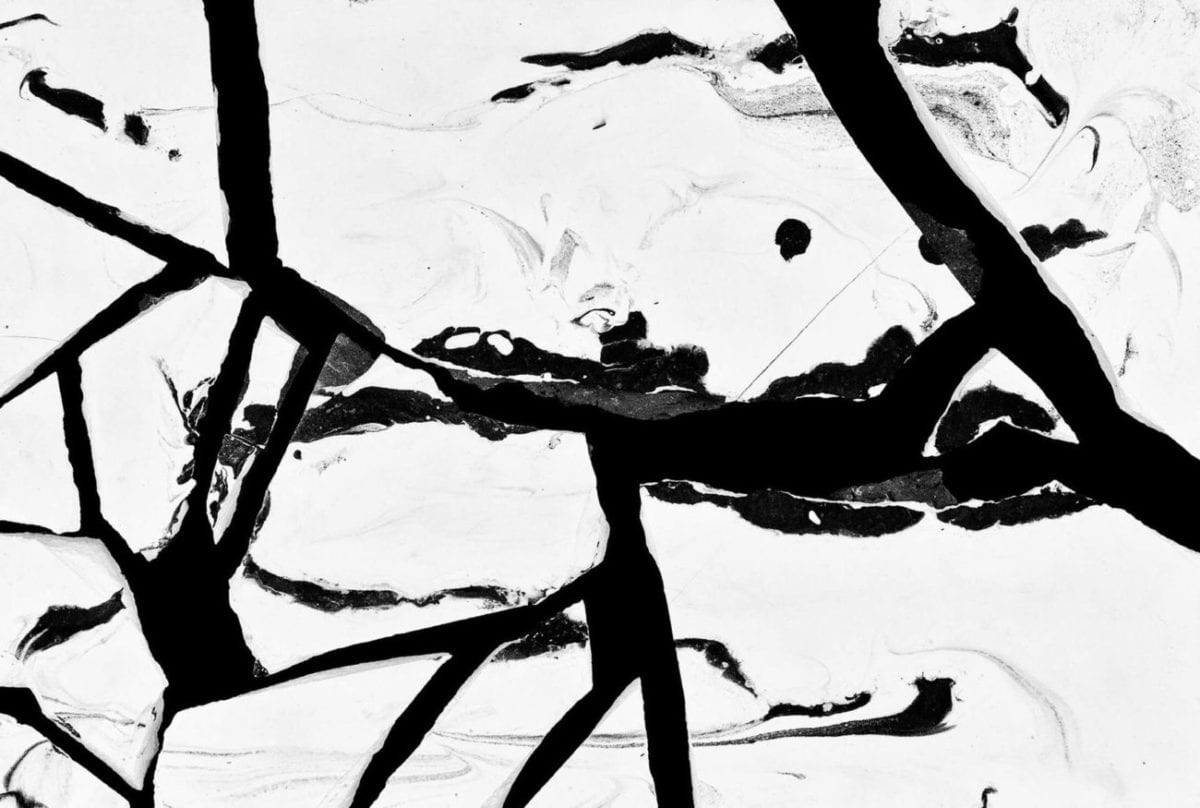 Few hours left till Berlin Atonal‘s takeover on Mitte’s former power station. The four-day festival, split between Kraftwerk, Tresor and OHM, is without a doubt one of the most eagerly awaited events in Berlin thanks to its forward-thinking lineup which gives full vent to high-flying collaborations between electronic and instrumental artists or video makers as well as one-off world premieres and DJ sets. Even though it’s been quite difficult to boil it down to just 10 of them, here’s a shortlist of the performances which we look very much forward to. 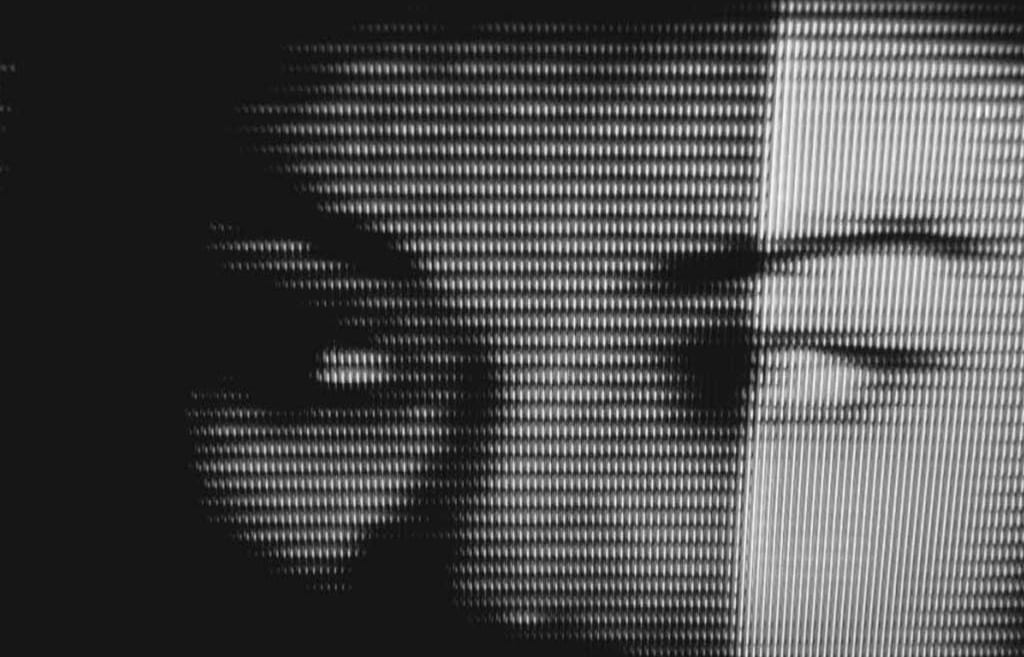 All you need to know is that this is the world premiere of their new album, ‘Transmission‘, which has come out earlier this year on Drone – their sixth studio full-length only in 20 years of activity. Richard Fearless and the actress Sasha Grey will be featured in a full audio-visual show of “discordant, repetitious, far-out, hi-NRG techno“. 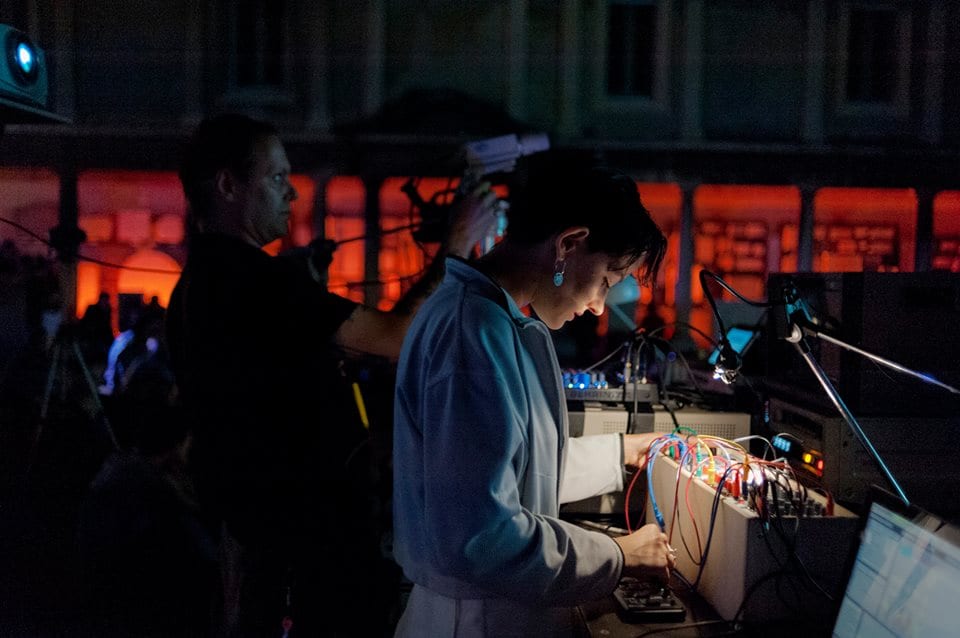 Italian producer and visual artist Caterina Barbieri is amongst the ones to watch since her debut on Important Records’ sister label Cassauna two years ago. Upper Glossa, commissioned by Atonal, is a collaboration with Kali Malone – with whom she shared a residency at Stockholm’s Elektronmusikstudion and visual artist Doron Sadja. ‘Fundament‘ is presented as a “piece for electric guitars and analog synthesisers inspired by additive patterns, canon and overtone-centered harmony“. 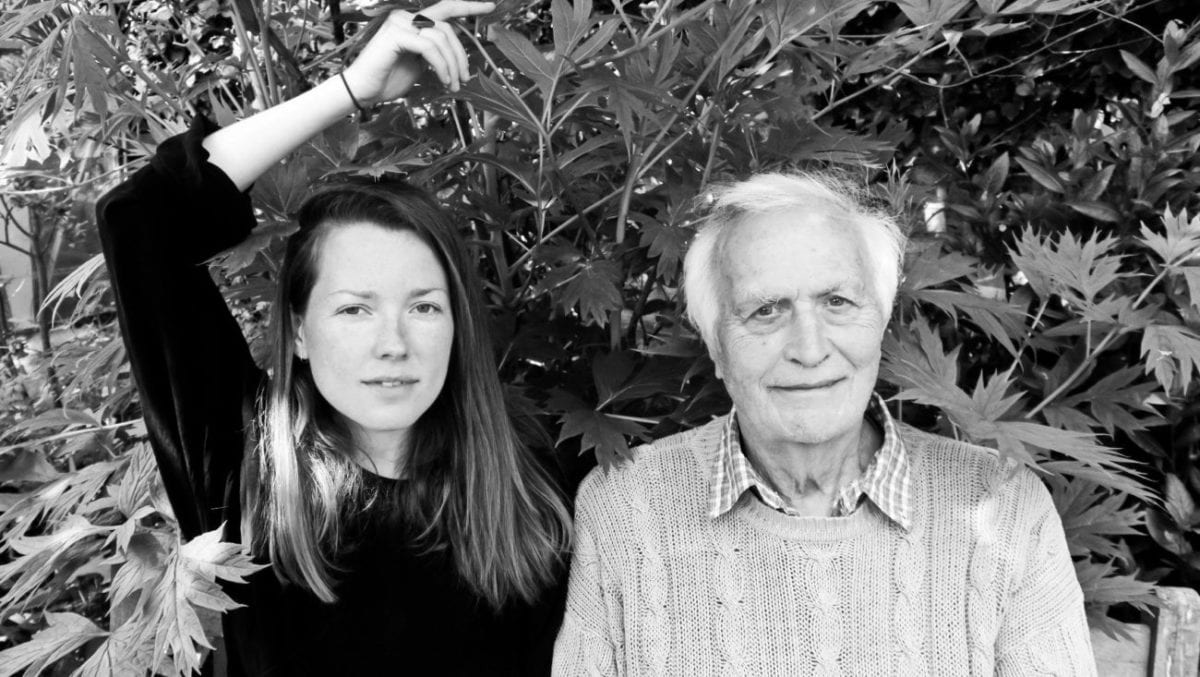 What happens when a legendary synthesiser developer from the Sixties meets one of the contemporary-classic best cello players? EMS’ founder Peter Zinovieff will appear on stage along with Lucy Railton to present the world premiere of ‘THIS‘, mingling cello and computer to prove that music knows no limits of age or genre. 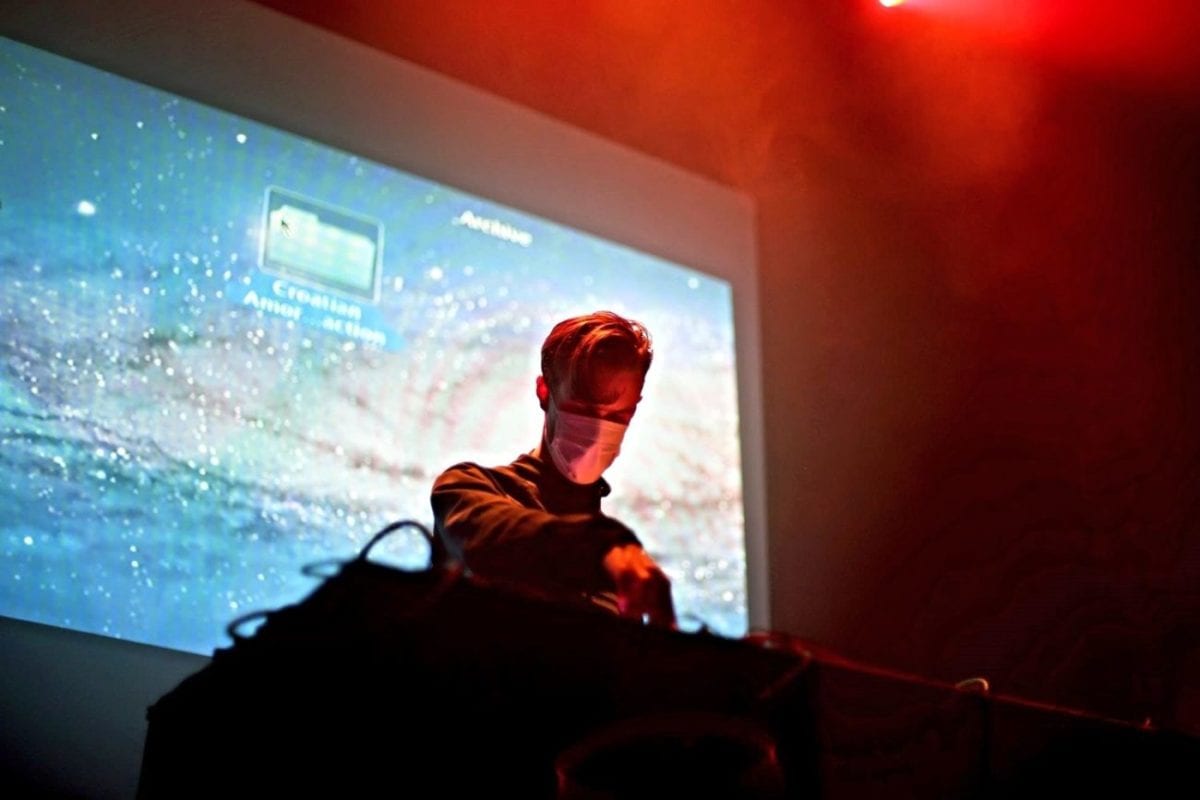 You can never know what happens when Loke Rahbek steps up on stage… The multifaceted artist and founder of boundary-pushing label Posh Isolation will perform under his Croatian Amor moniker to present the world premiere of his audio-visual show ‘Love Means Taking Action‘. 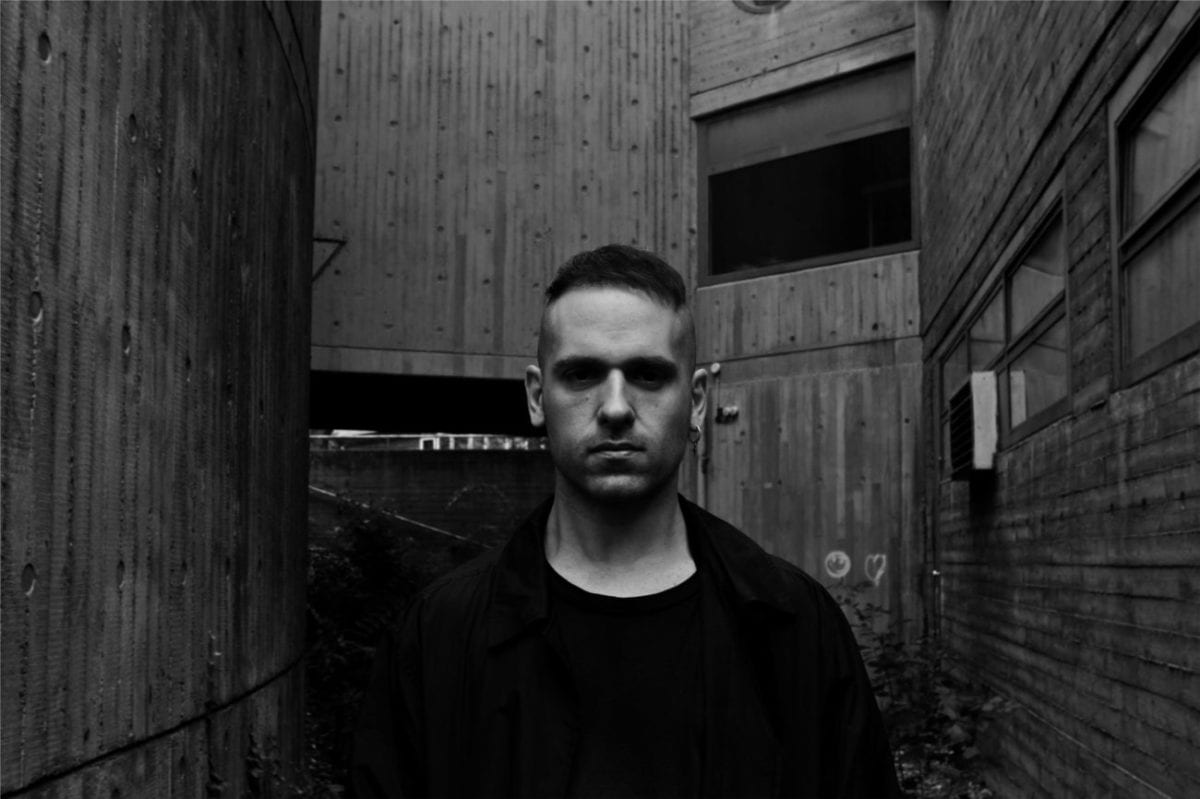 A dormant volcano is always sleeping with one eye open, and this is what the techno producer Jonas Kopp will prove you – turning Mount Shasta’s ground-based frequency (which is said to offer a key to open the body’s chakras) into music. Award-winning video artist Rainer Kohlberger will take care of the visual side. 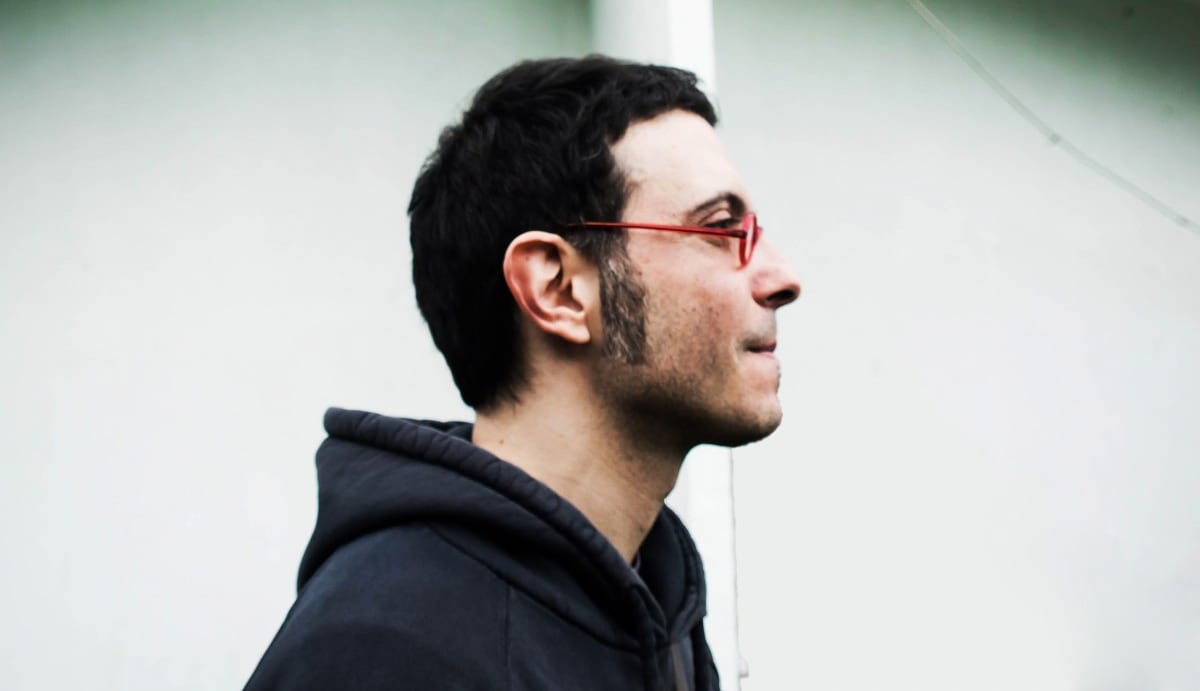 You won’t have many opportunities to attend this meeting between the two Italian pioneers. Part of the Roman Techno Movement, Lory D has been one of techno’s benchmark artists since the ’90s; we still need to figure out if Donato Dozzy is a magician or just a tremendously gifted musician. 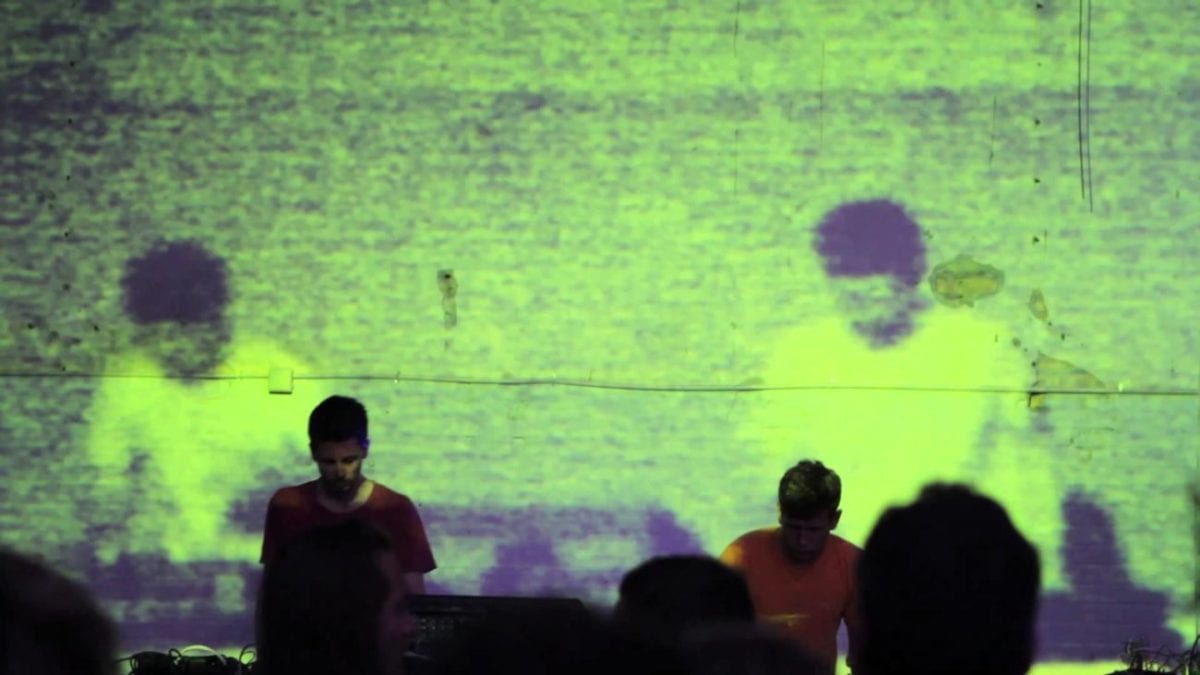 The Trilogy Tapes-affiliated producers Mix Mup and Kassem Mosse will be opening Saturday’s program with a special live set: raw goodies, subtle texturing and mind-boggling electronics will be served on a golden plate to please both your body and mind in equal measure. 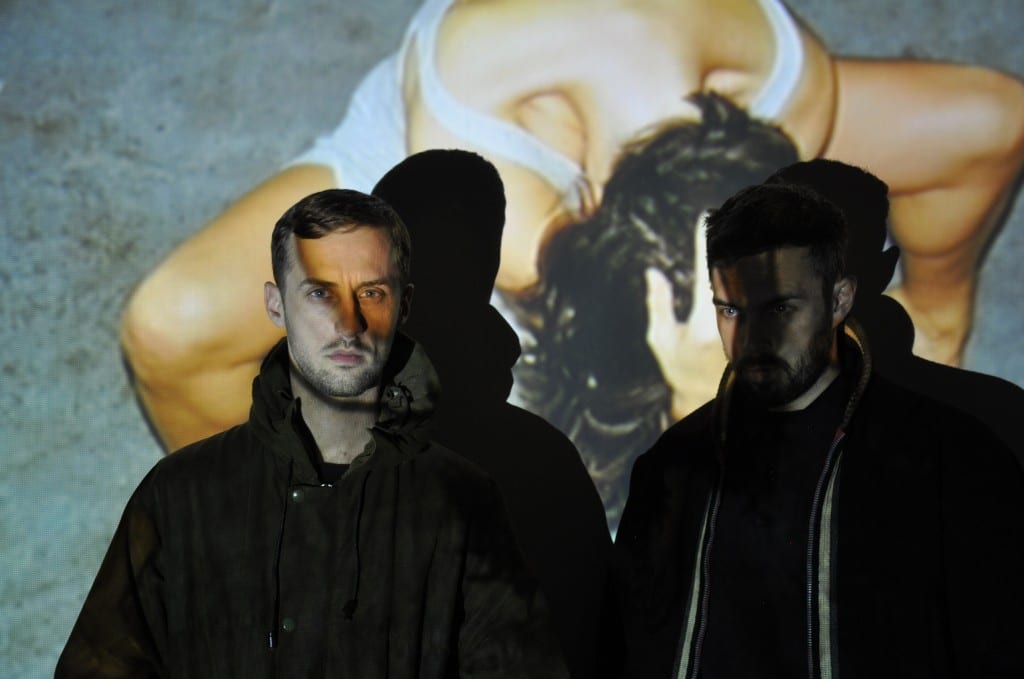 Emerging from the rock and hardcore realm, Raime are nailing every issue since their debut back in 2010 on the ever-reliable Blackest Ever Black. Expect a healthy dose of gloomy atmospheres, abysmal dub, nerve-racking industrial beats and jungle’y accents. 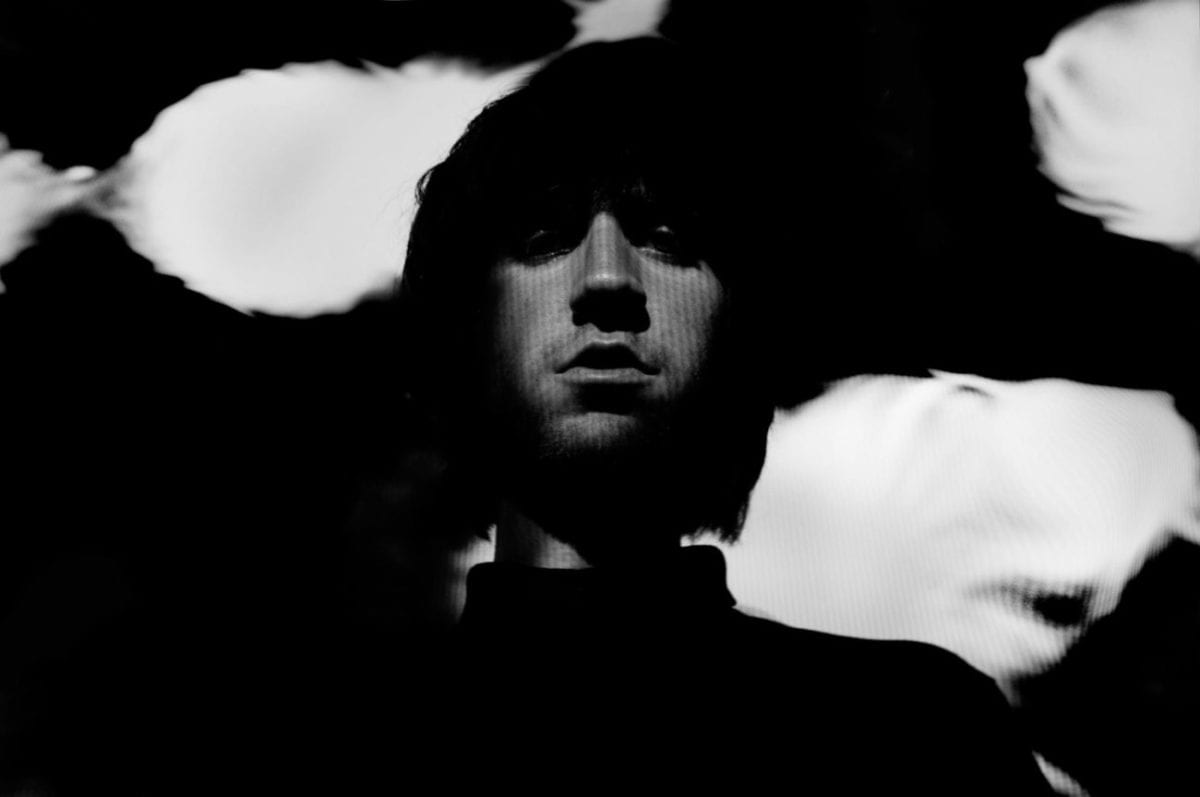 You won’t have any other opportunity to see these two united as UF. It is in fact one of Atonal’s exclusive projects. Contort’s label owner Samuel Kerridge and OAKE share the same passion for obscure industrial techno patterns, seasoned with metal, drone and post-punk. A must for techno aficionados. 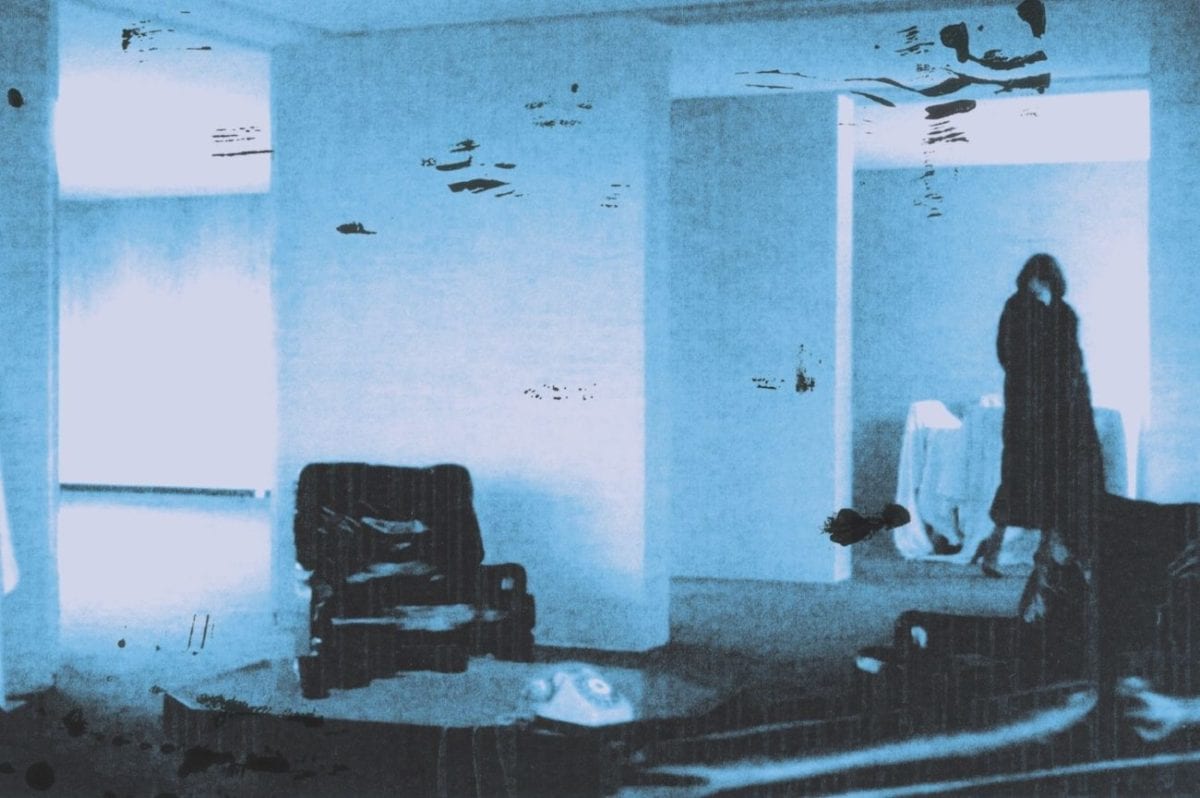 Turk Dietrich (half of Belong) and Joshua Eustis (Telephon Tel Aviv/Songs Of Magdalene) have been working together for a while, but this is the first time ever that they will perform live as Second Woman, their new project which was debuted this year on Spectrum Spools. Be prepared to experience ASMR (low-grade euphoria), because this is what they want.

Head over to Berlin Atonal for tickets and further information. 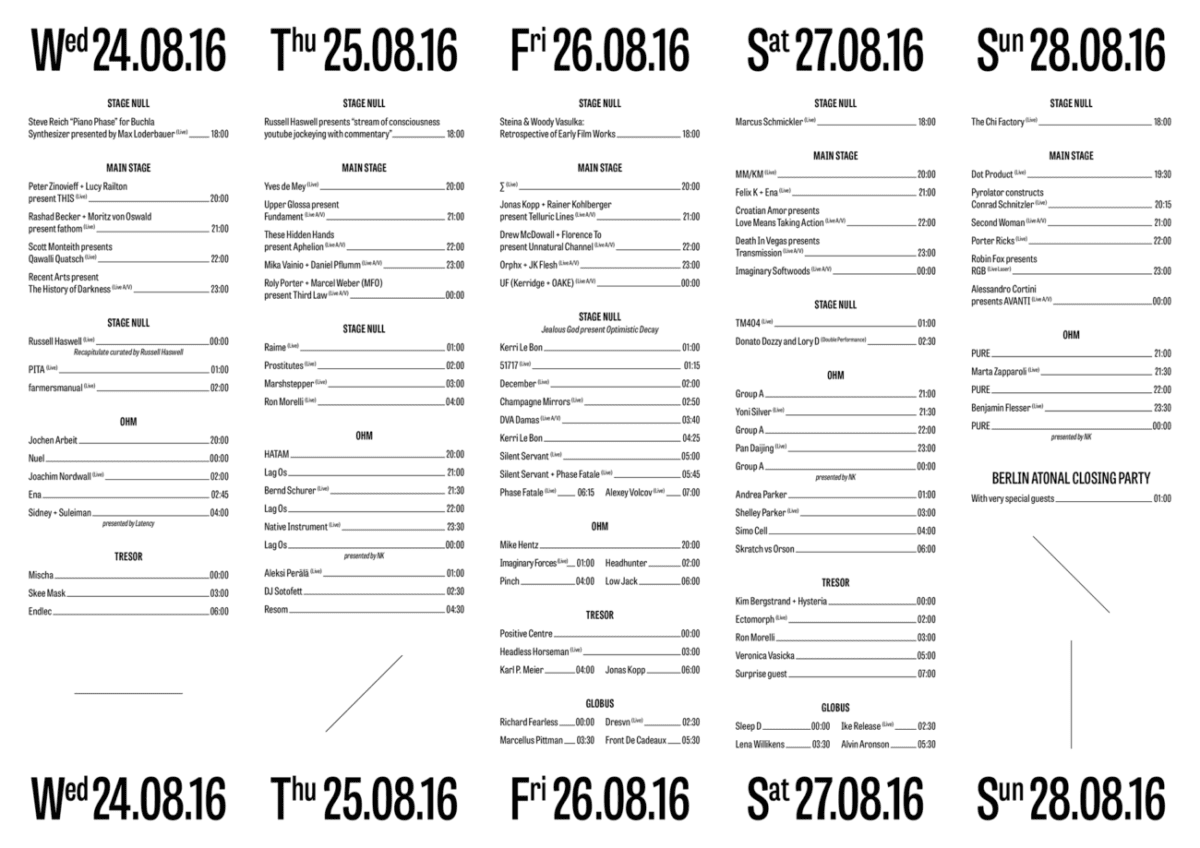