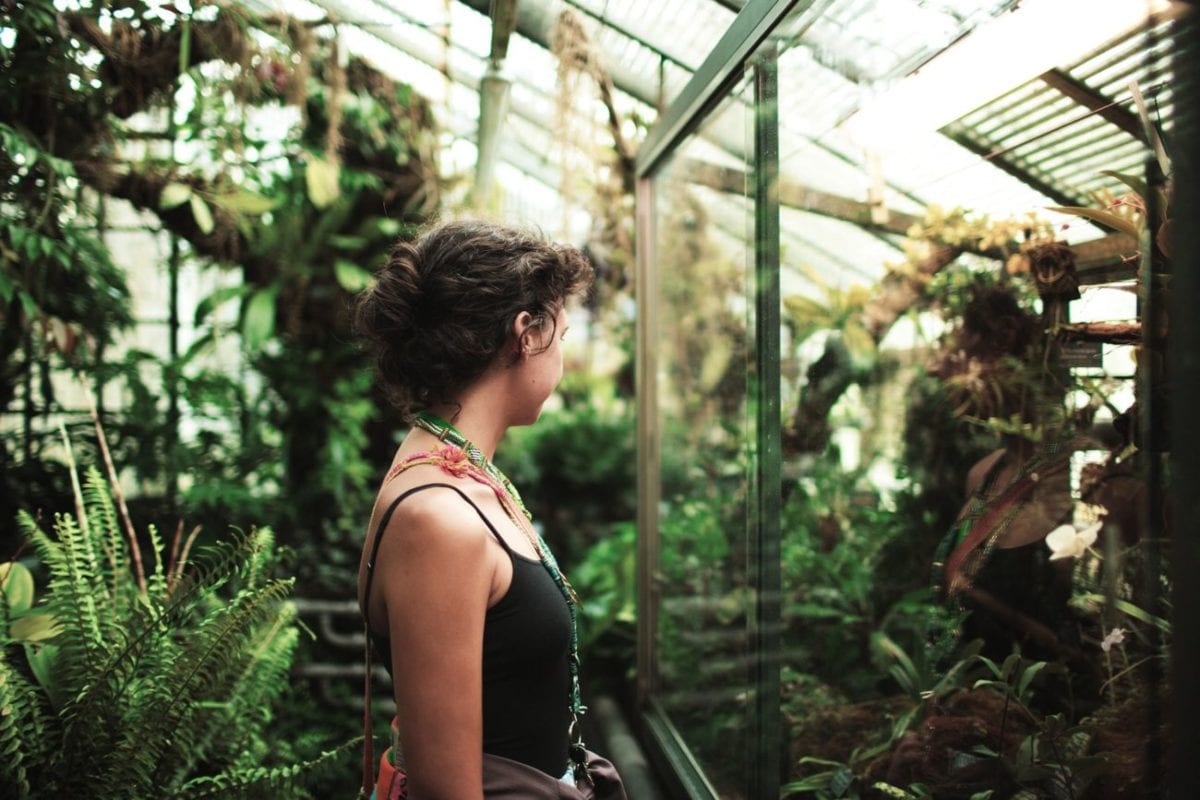 2016 hasn’t been the worst year ever…it may have been tough, difficult to swallow and challenging at times, but in the end it’s been just another 366 days (leap year) on planet Earth with its highs and lows.

Whilst this lot of tragedies hasn’t spared the music community, 2016 graced us with some exciting events, one-off soul gatherings and indelible encounters. As you might have noticed, we decided not to focus our attention on pyramidal end-of-year lists, eluding the idea according to which a record would be just another rung on some immense, meaningless ladder… No, instead of organising things into a hierarchy, we’d rather have it be an inclusive circle.

This article will serve as a reminder of Inverted Audio’s yearly milestones, which we couldn’t have achieved without the help of the brilliant musicians and artists that we have featured in one way or another, our fellow readers, partners and our dedicated team of writers who have been giving a healthy dose of love to keep the ball rolling.

We love you guys and we’re very much looking forward to entering 2017 by your side. 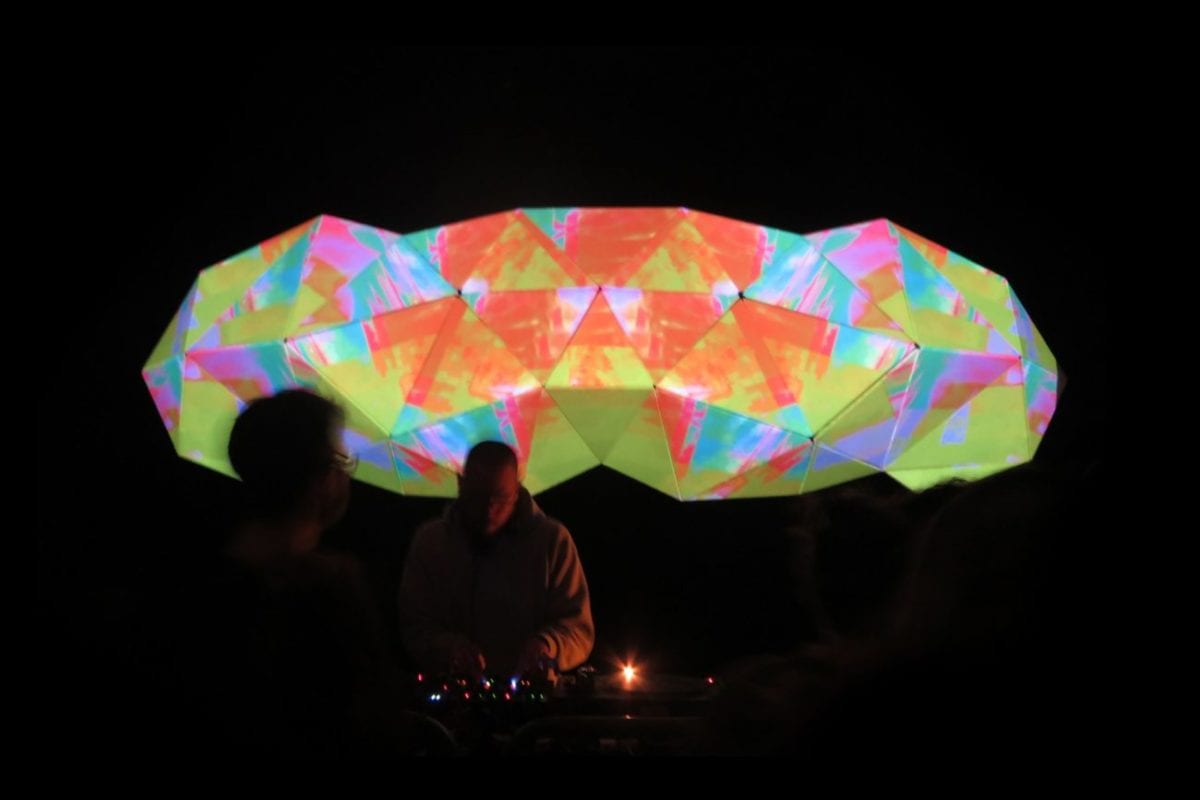 Following the success of our first audio-visual party with White Material co-founder Young Male at Bussey Building, our first event of the year allowed us to bring one of our favourite artists to London for his debut appearance under the guise of his 45 ACP moniker, with visual support from the tremendously talented visual artists Matilda Skelton Mace and Rebecca Salvadori, respectively showcasing each of their talents through a stunning video made by Rebecca and a psychedelic light sculpture crafted by Matilda offering the only light source in the club.

On the collaborative front we teamed up with Farr Festival, which we hold as one of the most unique summer festival experiences to have emerged out of the UK, curating a choice Into The Woods podcast series, which gained both popular and critical praise for its substantial consistency, 27 mixes at present featuring Project Pablo, Detroit Swindle, Brian Not Brian, Heathered Pearls, Olaf Stuut, Nachtbraker and many more.

Our in-house turntable wizard Antepop also started his residency over at Peckham’s Balamii Radio this year, inviting the likes of Chloe Frieda from Alien Jams, Luca Schiavoni and Ma Dahu for some deeper than deep sessions.

– Listen back to our Balamii broadcasts 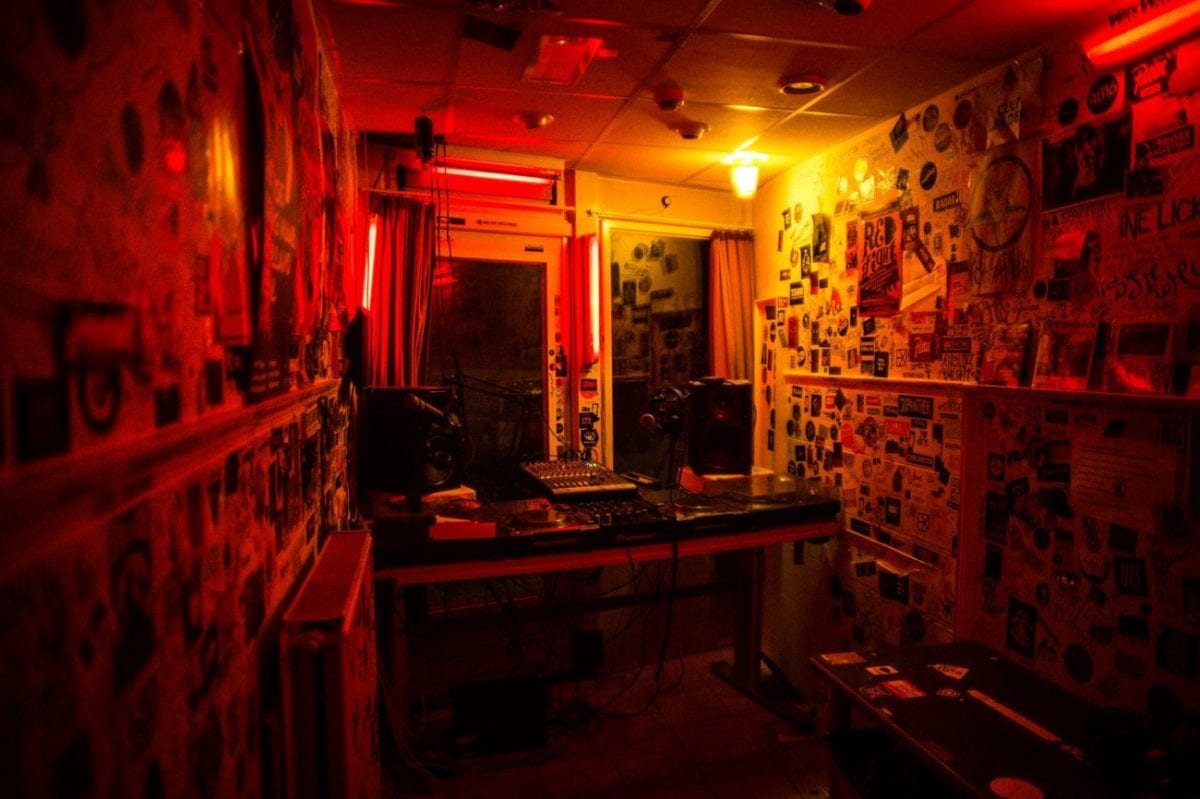 If you have followed us over the years you will certainly know that we also produce in-depth documentaries with some of the finest ilk, and 2016 saw us continue Dekmantel’s Selectors film series in partnership with Grolsch.

After going deep into the realms of Joy Orbison and Steve Rachmad in 2015, we were commissioned to give insight behind the crew that run the Amsterdam-based online radio and record store Red Light Radio as well as a kaleidoscopic portrait of the multi-faceted selector Sassy J, at her home in Bern and the mountains of Switzerland to lift a corner of the veil on her subtle craft and unique trajectory.

With our mobile version of our site progressively becoming less reliable, up to the point where you couldn’t even read features, the launch of a dedicated App was inevitable and we’ve been more than happy with how this turned out. 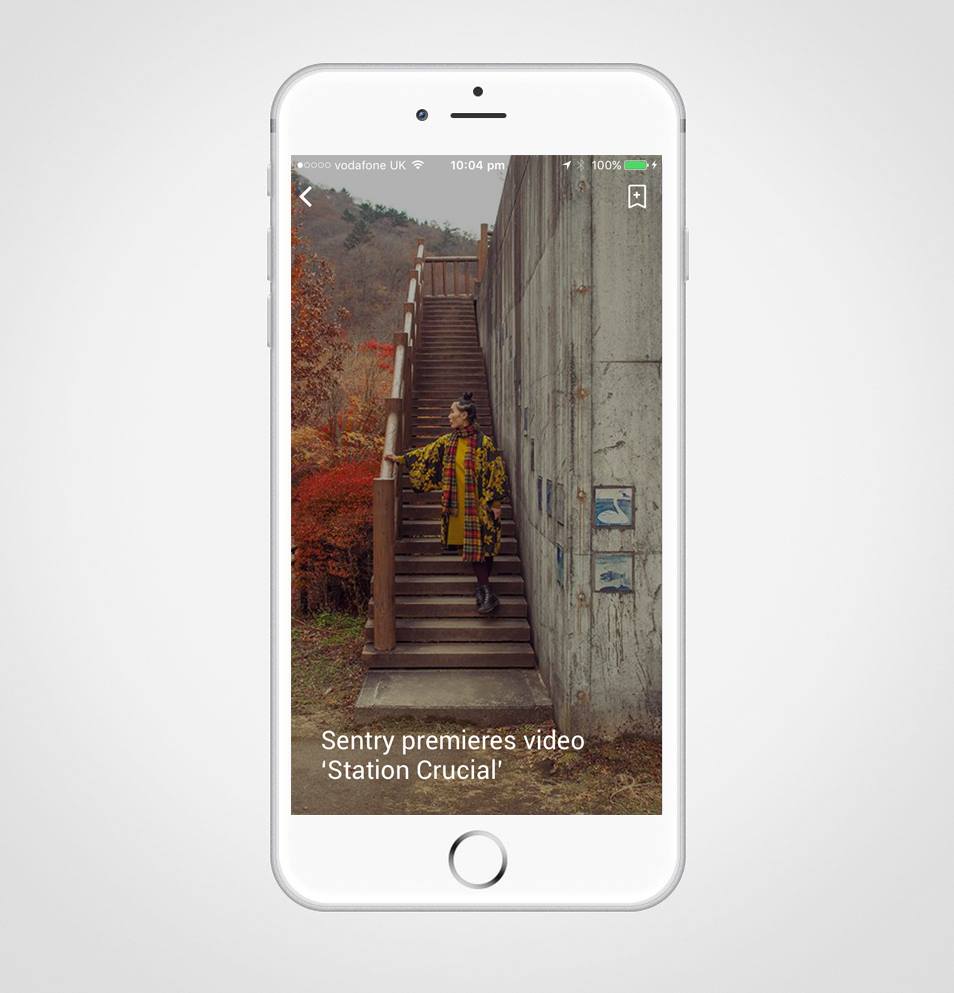 Launched in August our App is available for iOS and Android devices offering you the smoothest possible experience, simple and sleek, with easy navigation throughout the different sections of the site when you need to read us on the go. 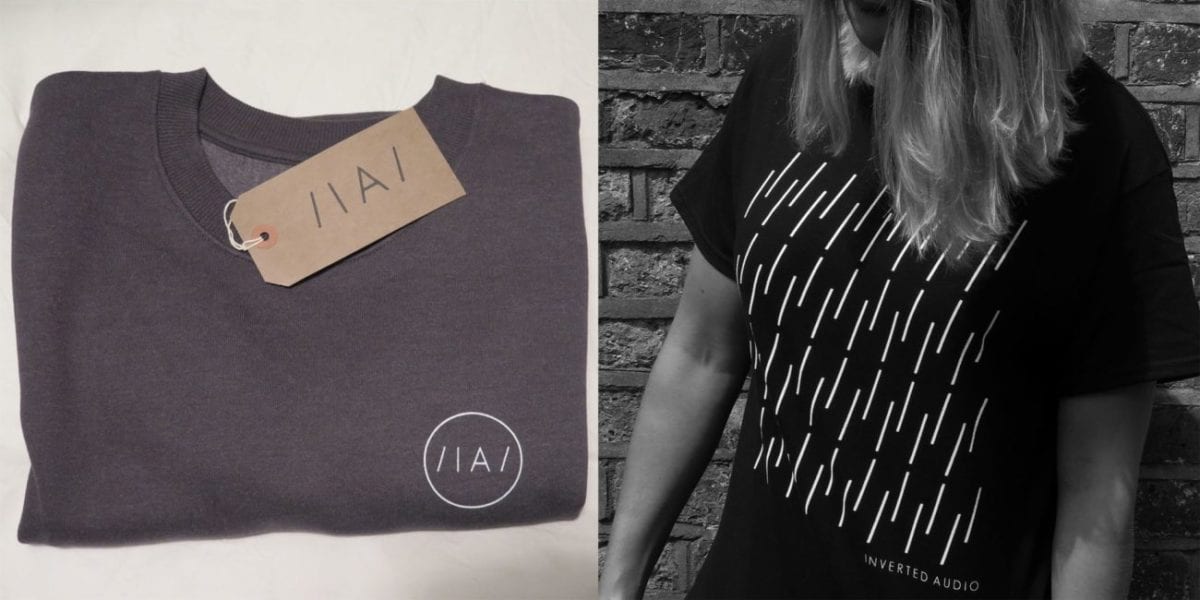 Last but not least, we were also proud to bring you some fine pieces of merchandise for the summer and winter months.

If what you’re after is to look like a proper b-boy in the playground, whilst shooting baskets like MJ23, then go for our rain-design Inverted Audio T-Shirt available in black and white. We promise this one is a serious confidence booster, as attested by our homie Zaltan from Antinote. If you’re after a cozy jumper for the colder days – yeah, you probably need one right now – then try our charcoal jumper, you won’t be disappointed.

It’s also time to set our sights into the future and share with you some of the plans we made for the first half of the year. You won’t have to wait long with our first Inverted Audio x Smallville Records event happening at Peckham Springs on 20th January. Antepop will share the decks with Smallville’s very own Jacques Bon for a night of deep sensations. 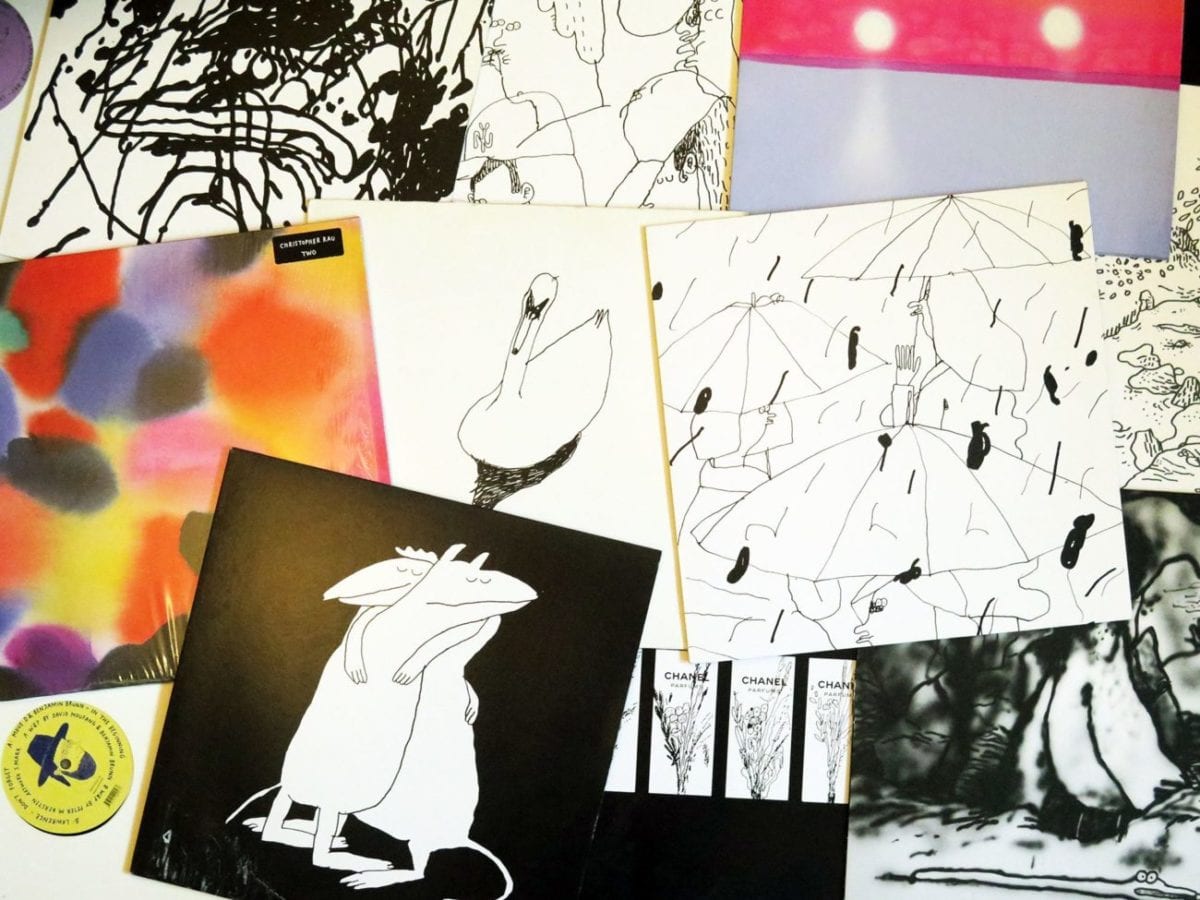 Still Peckham-related, we’ll partner with the eagerly-awaited second edition of Peckham Rye Music Festival 2017. Aaaaand we’ll be back to Farr Festival 2017 with more content and a stage of our own! We’ll obviously keep you in the loop as we unfold more details about all these exciting new plans!
We wish you all a very happy new year, may this one be replete with happiness, love and good vibes! Time to push the pedal to the metal!