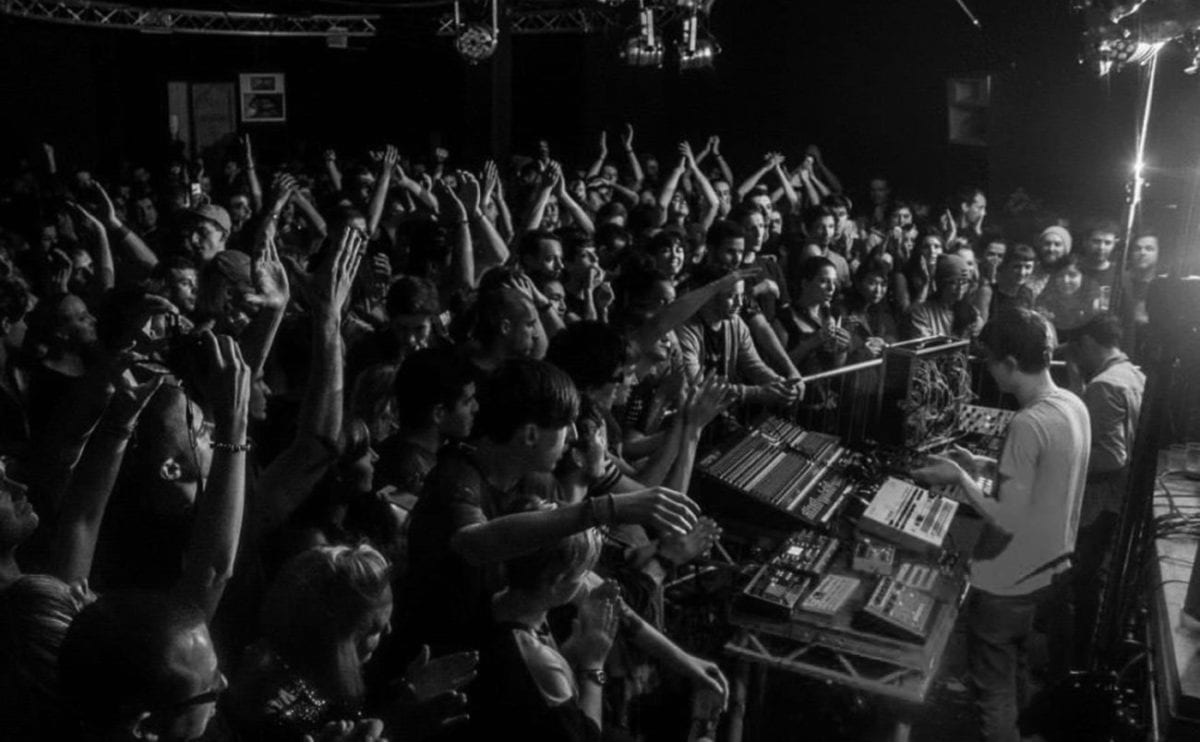 If you’re a regular at electronic music themed events in London, then Broken & Uneven need little introduction. The organizers brought a vast pool of experience to draw from when they made their bow at the turn of the year, orchestrating rare appearances from the likes of Omar-S, and generally just providing some of the best clubbing experiences to date.

After much planning and deliberation, Broken & Uneven are back with a series appropriately named “The Hydra”. It kicks off this Friday with an Otsgut Ton takeover, the Berghain-based label showcasing why they’ve attained such legendary status among club-goers and music enthusiasts alike. Throughout August to December  The Hydra will host label showcases from Dial, Innervisions X Permanent Vacation, R&S and NonPlus+ X Workshop records.

In the meantime, we had a quick catch-up with organizers Dolan Bergin and Ajay Jayaram, explaining the aims and logistics behind Broken & Uneven and what makes London such an exciting city to host it in.

Please can you both introduce yourselves and tell us what you’re currently up to?

Dolan: My name is Dolan and I run Electric Minds which is a London-based event and small record label.  Ajay, also from London is formerly of The End & We Fear Silence/Cable.  For the last six months we’ve been working on launching the Hydra Series in London.

How and when did you get involved with promoting events and what’s kept you interested in pushing events?

Dolan: It just came about naturally for me, I started organising warehouse parties as I lived in one about seven years ago and after destroying my home a few times decided it was time to do things properly.  From there I went on the hunt for empty spaces and started producing parties maybe four or five times a year and then they became more and more frequent as Electric Minds grew.

Ajay: I was the Head of Programming at The End for nine years before promoting independently but a constantly evolving and fascinating music scene has kept things interesting.

In your opinion what is it about London that makes this city one of the key hubs for electronic music?

B&U: London has such a diversity of people that I think its just a huge melting pot of culture, music, art and with it being that way for such a long time we’re lucky to have such a diversity of music, not to mention a constant source of new musicians and music. London has embraced electronic music from the very beginning and with it being such a competitive industry; musicians, producers and promoters have to really push things forward to stand out from the rest.

One of Broken & Uneven’s mantras “parties for a nightclub that doesn’t exist” stems from the “TBA “venue culture, with TBA usually preceded by ‘Secret East London Warehouse’. How much longevity do you think is left in this form of promotion?

B&U: The electronic music scene in the UK started in temporary spaces and warehouses and I think that’s maintained ever since so I think its here to stay. Club Culture only really started after the government freaked out about the number of warehouse parties happening in the very early 90’s and started to hand out licenses to try and moderate things. Whilst its great that London has so many nightclubs there are always going to be promoters who want to maintain creative control which you can only do when you produce an event from scratch.

Your upcoming ‘The Hydra’ series kicks off with the delicious prospect of an Ostgut Ton takeover. Do you think we’re on the verge or currently in a new golden age of British techno, with the likes of Blawan, Pariah, Randomer and Midland following in the footsteps of legends such as Surgeon?

B&U: The UK has always championed techno and there have been many UK producers who have led the way over the last couple of decades.  I think at the moment techno is becoming more and more popular so perhaps the spotlight has shifted towards certain producers however they’re all super talented and rightly deserve the attention.

The scale of the Hydra series is unabashedly huge, 11 events over the course of 3 months, and it’s not hyperbolic to say that each night holds its own in terms of participants. How important was it to reflect diversity and the individuality of each event?

B&U: Diversity is hugely important to us.  We wanted to do something that would put London on the map and provide an example of how diverse the electronic music scene is here.  I think there is a diversity in London that can’t be found anywhere else in the world so wanted to show that its possible to house a group of electronic labels that wouldn’t normally sit side by side.

Be honest – which night are you most looking forward to and why?

Dolan: For me it will be New Years Day as with it being the last party. If we make it to that point without becoming bankrupt then I’ll be pretty pleased!!

Ajay: Deviation’s 5th Birthday because it is pretty well encapsulates the ethos of B&U and The Hydra within one event.

How difficult is it to pull off a series like The Hydra? What words do you have to any promoters or planners looking to build on this?

B&U: It’s the hardest thing we’ve ever had to do. To try and pull off a series of events in London whilst faced with venues going into administration, trying to secure licenses around the Olympics when the police and councils are at their most stringent and finding a suitable space away from residents and sound issues is virtually impossible. Throw into the mix trying to secure several labels and more than 70 acts around the many clubs and events in London was also a huge challenge.  Luckily we have some great people involved to help us like Laura who looks after our promotion, Rich & Curt from Sound Services and also Matt & Karen from the East London Bar Company who pretty much make up our team.

Do you have plans to hold any events and festivals in Europe following The Hydra?

Almost certainly you’ll see things being extended next year to include festivals.  We’re also already thinking about the 2013 Hydra series which will see more dates and hopefully a bigger venue.  Electric Minds also continues next year with a full series of loft parties and we’ll be looking at Sonar again plus some other dates in Europe.