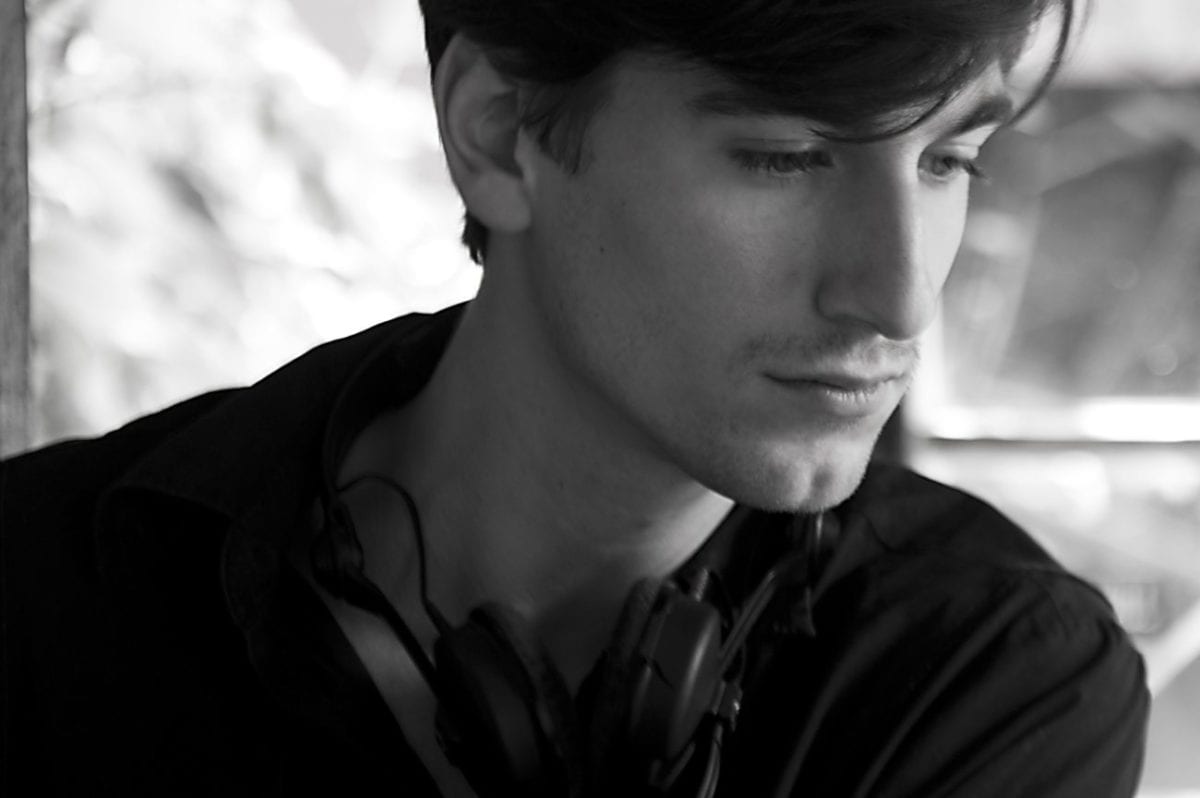 DeWalta, AKA David Koch, has pursued many sonic endeavors since his immersive musical upbringing, from symphony orchestras and improvisational jazz groups to his more recent explorations in electronic music, seeing release on labels such as Meander and Vakant. In anticipation of  his debut album, Wander LP, on Haunt Music, Inverted Audio caught up with the German producer to discuss influences, inspiration and plans.

Koch’s records have explored a pretty interesting mix of genre and concept (the latter discussed below), and Wander displays a tight overview of the many ideas preceding it within the DeWalta pseudonym and before, featuring aspects of jazz, hip-hop, funk and house.

Stream the album in full on Soundcloud

For those who may not know, could you introduce yourself and tell us what you’ve been up to recently?

Hello, I’m David Koch – DeWalta. I’m 27 years old and I have lived in Berlin for 13 years. I love this city and I have loved it ever since I moved here in high school. I was born in the beautiful countryside of the “little sweet town of Heidelberg” in the South of Germany. Recently I’ve been trying to write nice interviews, play good DJ shows, prepare a new live show for my album Wander and be present for the summery buzz in the city.

Is there a story behind the name DeWalta?

I guess there is: I was named after my grandfather Walter. So, I’m actually David Johannes Walter Koch. My grandfather passed away when I was young and he was always a bit mysterious and interesting to me. For some reason, I thought the name Walter would be nice to carry on, so I made DeWalta out of it.

Can you tell us about your musical background?

Well, my complete musical background definitely starts in my fairly big family, where my 5 siblings all played instruments. There was always music in the house as well as a turntable with 70s and 80s music playing. There was music when I fell asleep as a baby and music, when I woke up when I was 6, ready for school… I used to drive my parents crazy with weird mouth-sounds, kinda like early stage beat boxing – I guess I must’ve been a weird kid…

When I was 6 years old and a first-grader, I decided to learn how to play the french horn after hearing Mozart´s horn Concerto No. 3. So, following years of classical training I eventually got bored playing pre-printed notes and music on paper. I started improvising. Instead of practicing what I was supposed to I started checking out my grandfathers vinyl collection and soon found good bebop and cool jazz records from the 40s and 50s. I loved what I heard and decided to start learning tenor saxophone when I was 12/13 years old.

I didn’t follow a certain training method. I just started improvising and transcribing by ear the solos from the records I’d stolen off of my grandfather’s shelf. Of course teachers and mentors in jazz trained me eventually and I ended participating in early university programs in Mannheim and Berlin, ultimately preparing me to study jazz music at the conservatory. So that happened and I followed it with jazz studies at Musikhochschule Hanns Eisler for about 5 years. At the end I was still searching to find new music, something to write myself and especially the art of production caught my eye and ears! I started producing and putting out my first records and I have never stopped doing it…

When did you first become interested in electronic music?

I guess when I was going out to funny German hip-hop jams in south Germany in the 90s. But also real electronic music was a groundbreaking strong force in Berlin when I moved here as a 15 year old kid. It was happening and very present. Following the music history from black (and white) jazz music to the present of the 90s and 2000s draw a clear and reasonable path to electronic music through all styles of music; classical, experimental, funk, black music, disco, house and eventually techno. And also going out to Panorama Bar way under age, etc… A mix of all these things made me very interested.

How do you feel your early exposure to music has shaped your productions?

Early exposure to music always shapes a child and music can be a great way for kids to express themselves or even to just have around them. I’m certain it has shaped me in many ways. That said it’s hard to say how. I could never judge or determine whether playing or just listening and being exposed to music is better or worse. I just know music is good for kids and adults.

What is your technical set up like? Do you use any hardware?

I am a musical instrument freak, so I tend to stockpile them, including old e-pianos like a Wurlitzer 200A, horns and synths like Prophet, Moog, and modular systems… So yes, I love hardware and use a lot of it. Not only, but quite a lot of hardware, mixed with good software.

What environment do you prefer to be in to produce music? How do you feel your physical environment influences you?

I prefer my studio for engineering, but I do like to write sketches and little things on the road with a laptop. Obviously the environment starts to influence you, when you actually spend time and get to know and feel the environment. This happened to me on tours in South America, as well as Canada and North America! There I certainly felt that it affects the music I end up playing and writing.

That said, what are your major influences, or sources of inspiration?

Well, that’s hard to answer, but I’d say it’s people, places and moments in the world as I see them through my eyes… It’s not especially electronic music, producers or specifically music at all, it’s more what happens and what the world brings to me. I am extremely grateful for that!

You’ve had releases in the past that were tied to some interesting themes, for example your Antiparallel EP. With your forthcoming Wander LP, was there a specific theme or concept in mind?

Haha, I was, and still am, exploring more conceptual fields and with the antiparallel works, I was very inspired by things and phenomena that occur in the world – things in physics, maths or biology – things that are existent, yet quite driven by thought or captured with human knowledge. Those things make our world go round and are very interesting to me. That said, the album “Wander” follows something very different and in this case I felt the urge to tell more of my own life story, rather than exploring tight conceptual fields. As much as I love conceptual art and music, this album needed to just sound organic, warm and real. It needed to tell a story that came from life and combined a lot of different aspects of my musical past.

When producing, do you try to think in terms of non-musical, as well as musical concepts?

Yes, absolutely. I sometimes think of landscapes, skies, cranio-sacral systems, horizons, trees, black holes and pressure systems. But of course I also try to concentrate on a ludian scale, the EQ setting or vactrol filters…

What about your live show – is there any atmosphere you try to bring or explore when you perform?

Well, when playing live, you often play for the people and when DJing you can play with the people. So, playing the content of this album will be great, since it’s a bit more warm and hearty. Because it goes more to the hips and bellies than to the brains…. If that makes any sense. So I’ll try to capture what atmosphere is there already and add something to it or play with that. It doesn’t always work, because I’m busy working out stuff on stage, but when it works, it’s magic!

What artists are you following right now?

I am following a lot of artists. A huge lot of them…!

Are there any projects or gigs coming up that you’re excited about?

I am very excited about my first gig at Fabric Club, London on July 14th. We will celebrate the release of “Wander” in the UK. Also I will go on a little Russia tour and I’ll travel to Paris, Munich and Brussels for album release parties. I’m hoping to be able to visit Japan this year as well.