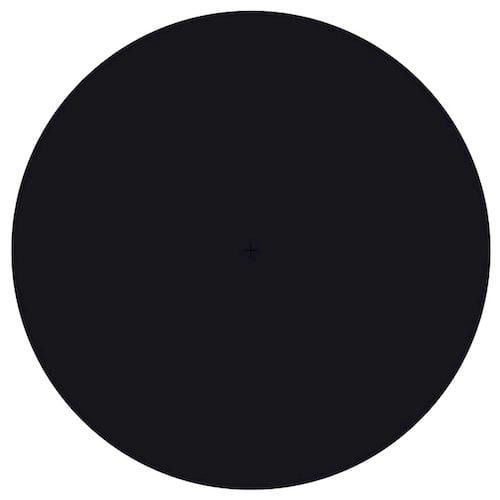 Matt Watt, the man behind the dark, technical beats of dubstep behemoth Killawatt, takes prolificacy to a new level. Blessed with an irrepressible creative flow spawning a volume of productions that approaches the impossible, probably even for Matt to keep up with, it comes as little surprise to see his tracks signed to yet another revered label: Kryptic Minds’ carefully curated Osiris Music. The sheer quantity of Killawatt’s releases in the last 12 months has been a testament to the depth and variety of his output, while his sonic exploration of the space between skeletal half-step and bass-heavy techno continues to yield storming results.

Kryptic Minds have been releasing cutting edge dance music on a darker tip for over 10 years, first with their Defcom Records imprint, and more recently while concentrating on their Osiris label, which has seen releases from themselves and the likes of Youngsta, DJ Madd, Icicle and Biome. Joining this year’s newcomers Kaiju, Killawatt is now part of a formidable roster of talent boasting a wealth of stylistic inclinations, and the pounding dubstep/techno hybrid aesthetic of his debut 12” Mystic Vocation/Centipede Effect is an interesting and welcome direction for the label.

To help mark his latest release, Matt has kindly put together the Interplay EP, a free download via Inverted Audio consisting of four serious dubs that have regularly featured in his sets, and we caught up with him for an in-depth look at his whirlwind last year.

Matt, congratulations on the release. With Kryptic Minds being a key inspiration to yourself and almost anyone into the deeper sound, you must be stoked to be releasing music with them now. Is this something you could have imagined a couple of years ago?

Erm, definitely not. 2 years ago I was just messing about still trying to work out what dubstep was, it was the phase where I moved from jungle / old skool breaks to dubstep so didn’t really have a clue what I was doing.Initially I was into stuff like Bar9, Rusko etc. and then about 2 years ago I discovered the darker sound through Kryptic Minds, DJ Madd, Matt-U and the rest. I felt like going down that route with production would give me more of an opportunity to set about crafting a sound somewhat unique to myself, although it took a lot longer than I’d imagined! A few months after that was when I had some interest from N-Type and then got signed to Wheel & Deal a few months after that. That set the ball rolling, got me motivated to keep pushing further and now I’m here! I’m not stopping though. There’s much much more than I want to achieve both in and out of dubstep!

Did you send these tracks to Osiris with the hope of getting them signed or were they proactive in expressing an interest?

It all happened through Youngsta really. I was just sending kind of average, dark, halfstep and he was playing a couple of bits in his sets but then I started making these ‘tribal’, non-half-step roller bits after listening to a lot of Jack Sparrow (‘Dread’ and ‘Chase VIP’ especially) and a lot of tribal techno/house. Didn’t really think to send to Youngsta because I didn’t hear him playing much of the stuff at the time and you know, generally that’s how it works, you don’t tend to send DJs a style of tune that they’re not associated with. However, I was just chatting to him one day and I mentioned I was making this kind of stuff and then he said how he was well into the 4×4, non-half-step bits so I sent him a couple and he loved em! So yeah, he was playing ‘Mystic Vocation’ in all his sets, Si (Kryptic Minds) heard it and picked it up.

Out of all the labels you have released on so far do you have a favourite or are you going to be politically correct and remain impartial?

Haha I wouldn’t say I have a favourite label to be on. They all mean different things to me. Getting signed to Osiris has probably made me most proud because it’s a very carefully curated label and it means you have to impress, in my opinion, the best DJ in dubstep (Youngsta), and one of the best electronic music producers around in Si. There’s also quite a strong sense of community between everyone on the label as well and it’s really nice to be part of that.

The different labels you are signed to could potentially be a useful way to provide distinction for your different sounds moving forward – is that the way you see it, or are things less premeditated than that?

I think it’s less planned than that. The personality of a label mirrors the personality of the owner so they do all have individual sounds that I could potentially cater for but I don’t think that has been the case so far, apart from Osiris. It’s a label that, in the past, hasn’t necessarily released music in the style that I have been writing, it was basically that iconic ‘Kryptic Minds’ style that everybody is so aware of now, but it’s definitely moving towards a sound heavily influenced by techno, with my release, Osiris 019 and a few more in the pipeline. Because of this I am intending to push the techno-influenced stuff through Osiris for now and I think Si is very happy for me to do it that way, so that’s cool.

You’ve built everything from half-step, straight techno, dub-influenced stuff and a range of other vibes – do you think you will increasingly focus on one style in particular?

I’m basically just going with whatever mood I’m in at the moment. There was phase where I was just concentrating on this tribal, techno kind of stuff but I’ve become slightly bored of it in a way and slightly bored with myself while making it so I have recently diversified much more. I used to go through phases of making just one style but I find its much healthier now to make a few at the same time. It just means that when you get round to making dub, techno, dubstep, electronica etc. it’s a much more enjoyable experience and I tend to make better and more interesting tunes. I’ve only just started being genuinely happy with tunes I’m making, I’ve always felt they’ve been missing that final ingredient to make them a fully accomplished and complete composition and technical production. I think, actually I know, that’s down to diversifying more.

It’s just so hard keeping to one style. I’ll listen to a DnB mix and then I’ll want to make DnB, or I’ll watch a video of Villalobos or Oscar Mulero smashing up Time Warp in Amsterdam and then I’ll want to make techno. I know I’ll branch out properly into new genres over the next few years but for now I’m experimenting with them and learning how to make them sound professional. Really, all I want do is make tunes that I could dance to or vibe to myself, I think that’s a very important aspect of production that people sometimes forget, myself included.

Is there any chance of you becoming a full time gabber producer?

You never know. Maybe one day I’ll flip and lose my mind and start making gabber, but for now it’s too much like banging your head against a brick wall. I’m still quite into breakcore actually, I listen to it now and again, even made a couple of tunes a few years ago but I can’t see myself making any in the future! Maybe I’ll start up a psy-trance act with Jack Sparrow…we both love a good stomp!

It’s been an obscenely big year for you release-wise, at my last count there have been 5 vinyl releases, with this Osiris release and the forthcoming collaboration with Thelem on Black Box taking the total to 7, not to mention featuring on Icicle’s Rinse CD. What’s the plan for the latter half of the year?

Yeah a few of those releases were supposed to be last year but there’s always delays. I think in January I had 4 releases out in 3 weeks or something stupid like that. It wasn’t how I would have liked it to happen but couldn’t really do much about it really. I have another Osiris release planned for a few month’s time, another collaborative EP out in August and 2nd outing on New Moon around September time so it’s still a fairly busy year. It’s weird though man, it feels like all these releases have happened over a couple of years and then I realise that it hasn’t even been a year since my first Wheel and Deal 12” was released! I feel like I’ve completely lost track of time over the past year, so much has happened so quickly and in a way it’s been a bit of a headfuck.

A few people have said I need to slow down and that maybe I shouldn’t make tunes at the rate I do but that’s just how I work really. I admit, if I could turn back time, I would have been much pickier on who I released with but at the time I didn’t really have a clue what I was doing, I didn’t know how the whole process worked. I don’t regret it though, I love sharing my music with people and in a way it’s nice to just what you want instead of having people around you dictate it, and now I’m more experienced I can dictate myself in more efficient manner. I have a couple of long term projects on the go as well which I’m really excited about doing more of over the next few months!

I think I’m going to make this give-away an annual occasion as well. I don’t really like giving away tracks randomly so this seems like a good way to do it. The 4 tracks in this EP are all tracks I enjoyed making and playing out and I hope that everyone enjoys playing them too!

If you were Steve Aoki, what ridiculous item would be on your DJ rider?

Ah this infamous rider. I’ve been seeing a lot about this on Twitter recently. You know what though, if you can get it then why not have a ridiculous rider? But this is a hard question. I’m quite happy with a bottle of Jack Daniels in all honesty. I reckon, seeing as I get so hot and sweaty during sets, I’d have people stand either side with fans to cool me down, also it would make my hair look pretty dramatic in the breeze so that would be super awesome.