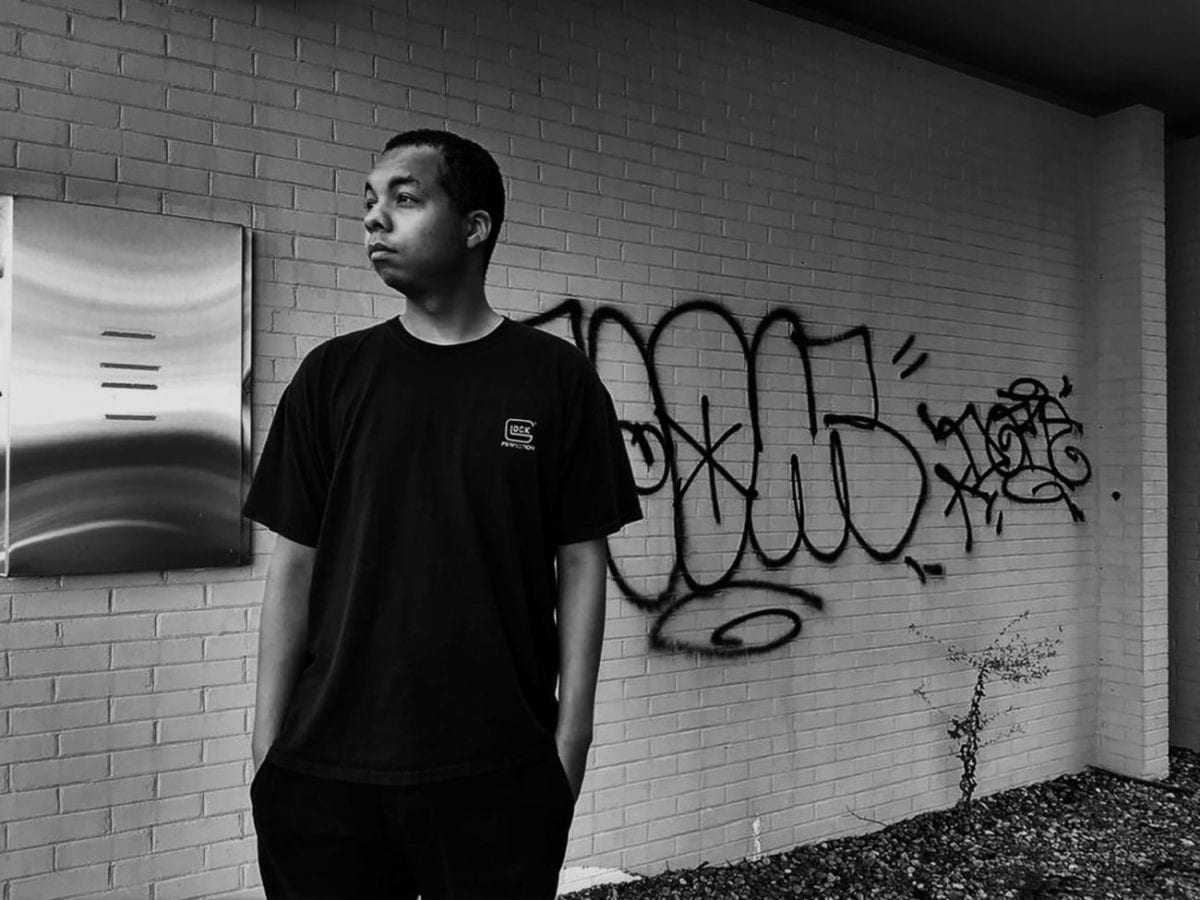 There’s good chances you don’t know his name or music yet, but young Richmond-based producer Keaton Transue aka Agnarkea shall make a blaring debut on the European scene with his debut vinyl release, ‘Black Helicopters‘, due out early November on Manchester’s Natural Sciences.

Mashing antipodean musical tropes to craft his own special blends of chopped and screwed hip-hop, low-slung electronics and rugged lo-fi vibrations, the US producer delved into the realm of conspiracy theories and parallel narrative arcs to shape an album marked by a Dick’esque sense of lucid paranoia, putting in perspective the haunting socio-political background and immediate reality of a country where individual freedom is more than ever at stakes.

In order to find out more about the sources of his vision of modern America, his take on conspiracy theories and being part of on-the-rise collective, Waistdeep Clique, we sat down with Keaton and discussed his ‘outside the box’ approach. Stream a new extract from the LP down below. 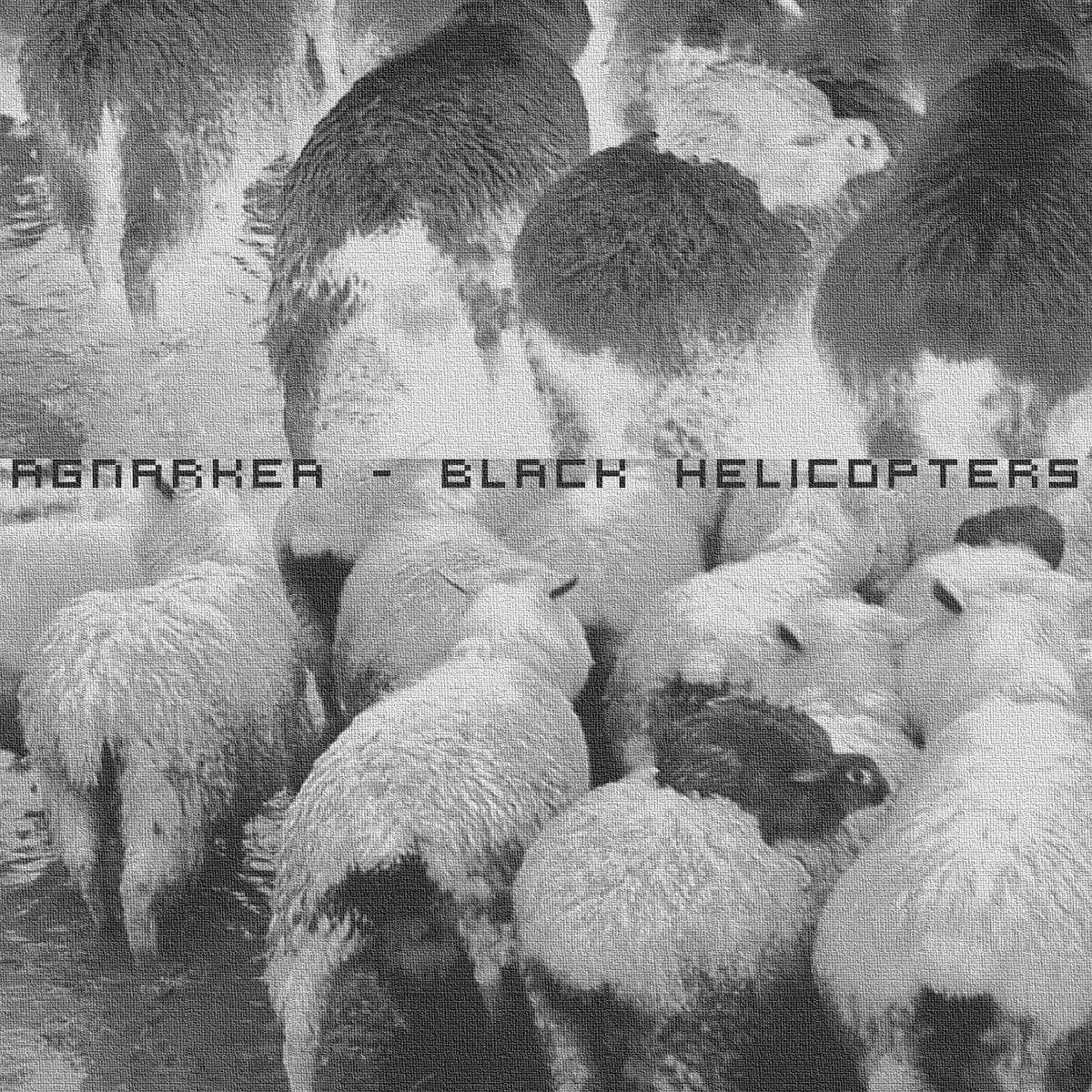 Hey man! Your first record ‘Black Helicopters’ is about to come out on Manchester’s Natural Sciences. Can you tell us more about the album? What does it represent to you?

I just tried to dig as deep as I could artistically and think “outside the box” so to speak. It holds a special place in my heart because it’s like everytime I listen to it I get taken back to my college dorm room trying to finish up the tape and finally releasing it.

I remember being so radically different from everyone around me and that feeling of isolation and alienation is present throughout the album. Like a knowing that I’m going to be misunderstood or misinterpreted by people but really not giving a fuck and carrying on anyway.

How did you and the label first get in touch? Were you familiar with Natural Sciences’ back catalogue then?

So the album had been out for a few months and I randomly got a Soundcloud message from Natural Sciences, and to be honest, no, I had no idea who they were, so I was honestly skeptical at first when he told me he wanted to release vinyl.

Jak3 (from Waistdeep Clique) had told me about a collaboration he had in the works with them and that they were definitely trustworthy and good people. Doing further research I realised how fucking special and blessed I’d been with this opportunity. BIG UP Natural Sciences, I really appreciate everything they do for their artists.

The press release mentions that the total recording “was made at home with raps and beats thrown down over busted microphones and equipment”; “in the truest sense a DIY recording”. Is this chopped-and-screwed approach the fruit of a direct influence from the Houston/Memphis hip-hop scene?

For sure yeah, being a part of Waistdeep, I got to know and love the southern hip-hop revival scene. Always been a fan of the underground and a lot of my flows are inspired from that. I sampled a few old Memphis tracks on this thing too. And having FVDXVD, Calsutmoran and GONE on this thing I knew I had to come with some hard-ass UG bump for da big boys.

You speak of the album as an act of dissidence, an infringement to the rules enacted by a dystopian society (a very concrete one in this case), “to be used as a black market recording, cursed and feared by the state with all remaining copies cast down into police station ashtrays”, in your own words. Is this rupture with the mainstream doxa/common belief crucial in the understanding of your work?

I think that to truly understand this project you can’t think like normal people. There has to be something within you telling you to wake the fuck up, something that tells you something is wrong and you need to get to the bottom of it. A fucking punk, ODD, fuck the system, break the chains, PMA, type of attitude.

I mean the intro track’s harshness is designed to scare off the mainstream. To really get this thing I think you have to have been an outcast or looked at as a weirdo in your own personal experience. 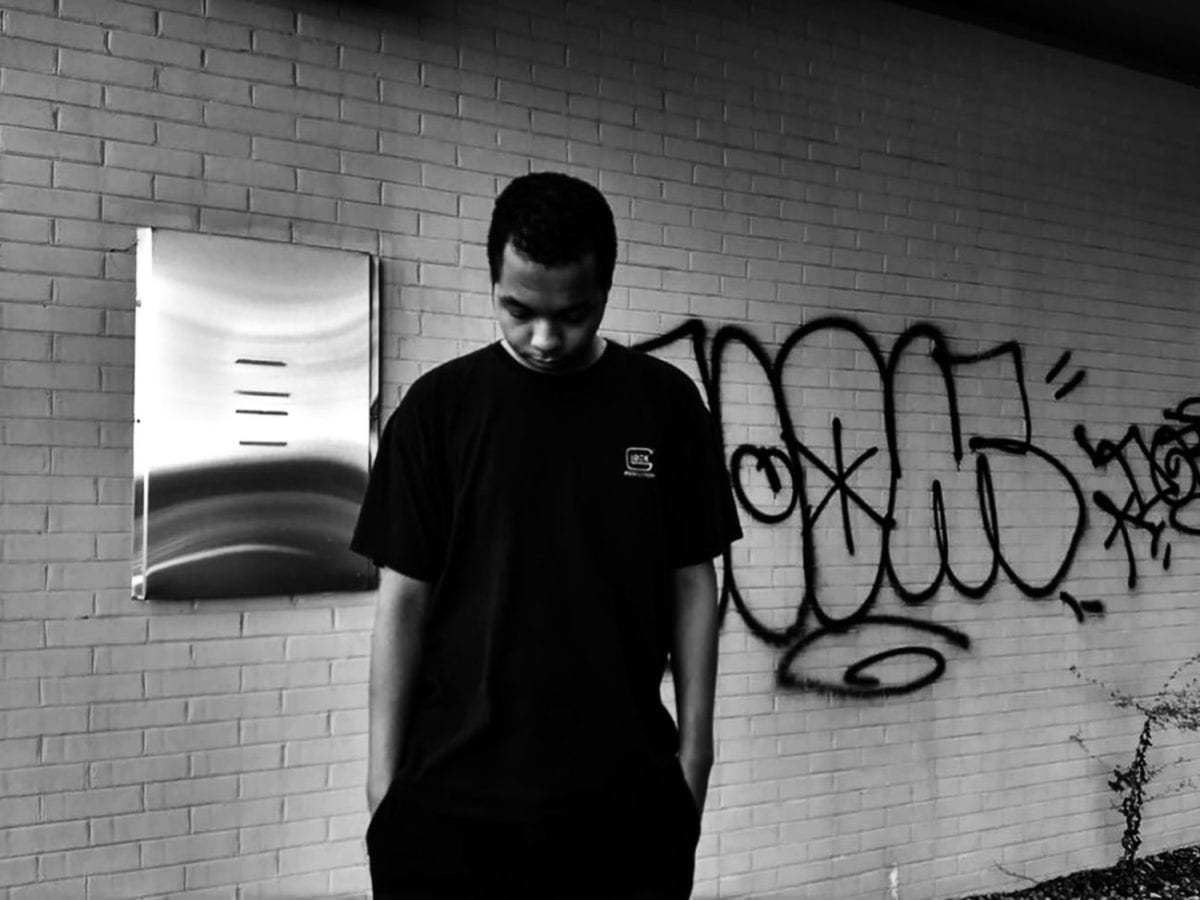 So, as mentioned above, you’re part of a crew named Waistdeep Clique, which is comprised of six friends/producers from all around the US, including yourself. Please tell us more about the collective – what does unite you all?

Waistdeep is my second family. The group chat has steadily been lit for three years now and going strong (laughs). I love those guys, we are all so different and bring something unique to the table and are all on the same page with our love of the music. Meeting some of them in real life is a surreal experience and we have the best times and make the best music in person.

Our music is all so different but complements each other in the best ways. Go peep our collabs, I personally think they are our best works. We are all so young too, so we have really become best friends and grown with each other. I feel like I’m truly a better person just knowing and being friends with these fellas, I have learned so much.

Your music bears a strong political message, reflecting on subjects such as living in Trump’s America, conspiracy theories including MK Ultra, Black Helicopters, The Deep State, Black Sun, Waco Texas… How do you incorporate these ideas into your composition process?

The sampling, the track names, just about everything in this thing was derived from videos of these conspiracies and new ways of thinking. Use google people, look up some of the track titles and things being said! S/o Busters Mal Heart, great movie that I used for some inspiration. My bars on this thing all relate in some way.

You said “I had some psychedelic experiences that opened my eyes to some deep fundamental things that I find to be completely fucked about the way we run our societies and live our lives”. Are we talking lucid dreaming here? What did you start realising exactly?

You’re living in Richmond, Virginia, a city and region of the US where it seems racism never really died. Recent events around the country have only reaffirmed the insecurity going hand in hand with being a young black person in modern America… how do you experience this situation? Do you feel the weight of this discrimination on a daily basis? Is this an omnipresent threat in/for your life?

Actually yeah, you can see the echoes of slavery and Jim Crow everywhere. Come to Virginia and walk around and you can see it very clearly. I’m not saying that everyone is racist or anything, but the system has fucked up minorities and marginalised people.

Freedom, just doing what you love, man. Creating stuff, adding something to the world, sharing it with my people… that’s what makes me happy.

What will you be up to this Autumn?

Working on a new album, as well as working a job saving up for future investments and music moves. ‘KWANTUM ENTAGLEMENT‘, an album I made in person with Jak3 and Calsutmoran from Waistdeep is dropping too, and it’s very special. Always trying to further my art.

Black Helicopters is released via Natural Sciences on 2nd November, pre-order a copy from Bandcamp.

Discover more about Agnarkea and Natural Sciences on Inverted Audio.