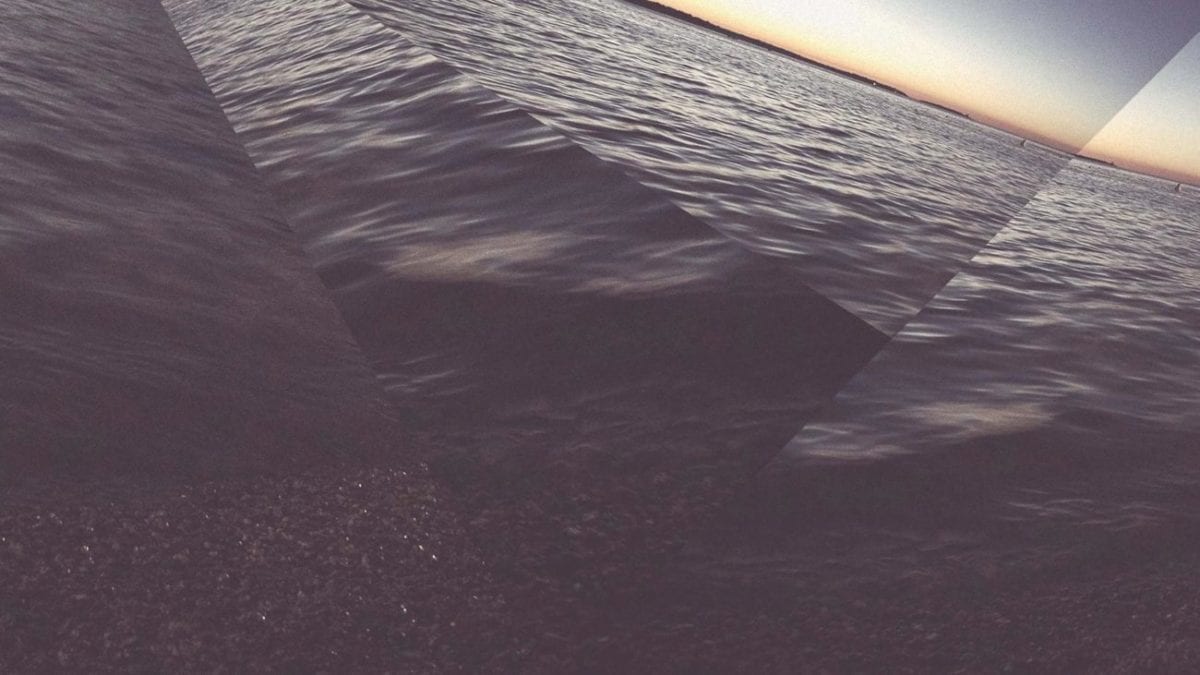 It’s success last year is reflected in the astonishing line-up that graces the numerous stages in 2013 – 184 artists of the trail-blazing nature from both past and present, including Three Chairs, Model 500, Tony Allen, Daphni, Omar-S, Pantha Du Prince, Mala and Surgeon.

32 Boat Parties also await the descending crowds, hosted by some most respected institutions operating today, including Deviation, Hypercolour, Leisure System, Hessle Audio and Eglo, along with takeovers from the likes of Boiler Room throughout the festival.

We spoke to the festival’s Creative Director, Johnny Scratchley, to find out a little more about the aftermath of last years debut and what we can expect from this years iteration.

Can you please introduce yourself and tell us when you first envisaged setting up a music festival.

I’m Johnny, one of the managing directors for Outlook and Dimensions Festival in Croatia. We’re going into our sixth year, with two festivals running over consecutive weekends.

We were first out there in 2008, on a strange…promoters jolly I suppose. We were invited out there to run an event without ourselves knowing a great deal about what it took to run an event…and yeah, we just sort of found our way through Year 1, and managed to convince 800 people and a big handful of artists to come out and play – pretty much just on a wing and a prayer -because we certainly didn’t know what was going to happen. We just about got through it and it was an amazing weekend, we realised the combination of musical choice within the group of directors, the promotional reach and the location was just a killer combo.

Dimensions was started in 2012 with the aim of nurturing a smaller, more intimate environment with special focus on dance and electronic music. Would you say it achieved that aim?

Yeah! It went pretty well actually. It was just an amazing experience to put together, a festival in the same location with a different crowd and different artists and see it working, a new formula. It went incredibly well. We managed to put on a really good event, and the artist feedback and customer feedback really surpassed our initial sort of desires for it. So yeah, we’re over the moon with it, and it feels great to start something with such a good formula.

How difficult was it to essentially restart directly after Outlook?

Yeah it’s an absolute nightmare, I mean, you can make what you consider to be very good decisions sat around a table in an office in London, and then when it comes down to it, it was just a case of us all ploughing together and getting through it. The nice thing about the site we have out there is that it really does most of the work for us, so we do invest a lot of time and effort into making it all look right for the event, and then it was a bit of extra work and a bit of extra design, and a lot of tidying up.

Now that it’s in it’s second year, is there a danger of the festival losing it’s intimacy due to increased popularity?

Well, we’ll just keep our numbers down. One thing we realised with Outlook festival is that when you get passed a certain point of people coming to the event, then there are certain things you gain but other things which are lost, so we’ve learnt from that now and we recognise where that line in the sand is. It’s such an intimate venue, if you choose your line-up and your design and the amount of people correctly then there’s no reason to lose the core values.

What is unique about Dimensions?

I mean, the music is behind everything we do, so it takes up a large proportion of our year, looking at and crafting and specifically our programming, spending hours and weeks and months getting that programming ready. We’re in a current climate where there are a thousand different events trying to do very similar things, so we very much decided to focus in on our musical line-ups, and so that has to be the most unique element about it. And of course that’s just building on what is individual about both Outlook and Dimensions, the lost world that we stumbled across.

Moving onto the line-up – it’s immense, with a very cosmopolitan edge. It’s also interesting to see the likes of Hype Williams and The Invisible on there too. Is diversity a key component for Dimensions?

Yeah, 100%. I mean the tagline is ‘Underground Electronic Music’, and that’s our remit which means we can choose whatever the fuck we want basically, as long as it either has electronic influences or has influenced electronic music. So we can choose Tony Allen to come and play with his live band from Africa playing his Afrobeat drums because, actually, that has been such a huge influence in electronic music and its development. So we’ve just taken that as a lead and said let’s just choose a line-up that we feel explores these areas the way they should be explored.

So yeah, it gives us so much more scope than any other events we’ve done before. You can put on Dub DJ, you can put on a Minimal DJ, you can put on a gypsy funk outfit or eclectic world music artists, and as long as they all have real soul in their music that we all as a group agree is right for the event then it can pass through the net.

Do you have disagreements among the directors about the line-up?

Yeah, it’s probably the main point of argument actually – it’s good. It’s the most healthy argument I think you can ever have because its all essentially personal opinion, and then you’ve always got this little fucking devil who sits on your shoulder which is to do with, you know, global media reach. So as long as we don’t let that devil have too much to do with our decision making then we’re all going to be happy!

Some artists such as Theo Parrish and Moodymann are returning after performances last year – is this due to the reception they received?

You need to take things on a case by case basis – I mean Mount Kimbie have their new album out and we’re massive fans of what they’re doing so it makes sense to bring them back with new material to perform. Then 3 Chairs, specifically Theo, came straight back to us last year and requested the same slot on the same stage. He said he’s never played in such an environment where the sound system was so perfect, the crowd was so on point and really knowledgeable about the songs he was playing, and the overall environment and line-up. So after the first year we certainly had a family of maybe 20 or 30 artists who came back to us and said ‘we want to be a part of this, so let’s make it happen’.

Who are you most looking forward to seeing?

The 3 Chairs takeover on Sunday night will be the hot ticket. As much as it’s about the top line artists, for me its about seeing an Anthony Naples or a Wbeeza, Tall Black Guy…just to see exactly where they are and how the crowd are going with them and how they play in those spaces, because they’re new emerging artists who are crafting out the scene that we’re all living in. And so for me that’s the really exciting thing.

Aside from the line-up, are there any new developments at Dimensions this year?

Well we got Boiler Room coming over to do a two-day takeover there which will be really great. We have some new stage designs which are gonna be implemented – always a fresh take on how we decorate our fortress. But one thing that is key is to ensure that your aspirations don’t interfere with the overall vibe, so all the elements that we have need to be in keeping with what we need this event to be going forward – small, intimate, lo-fi, based on the music.

How do you see the festival progressing over the next 3-5 years?

Well we’d quite like it to be a nice, easy, small event that people can feel very attached to, so therefore we only want to continually improve our lineups. That’s the big thing for us. There’s a couple of other options on the table for the Dimensions brand and the Outlook brand as a whole, but those are under wraps, so…

I mean, it’s about the artists and the tracks that they’re making – they dictate things. But you also have to be a business and it has to make sense, and you have to be able to survive over a number of years to warrant the amount of work that you put into it. But the focus has always been on the music – and we recognise the importance of making that solid and trustworthy and sustainable.

Croatia is now teeming with summer festivals – Is it in danger of becoming over-saturated?

I think it probably is already, to be honest, just because of the way the global financial crisis is. I mean there will be a lot of events that start out there this year that you won’t see next year, and really that’s just an extension of the festival industry as a whole, because obviously that happens in the UK and in other countries, but mostly in the UK because of the size of the festival industry. There will be ones that survive and ones that drop off, I assure you of that, and really, there’s room for everyone as long as they do things well.

What do you think about the UK market for festivals? Would you consider putting on something over here?