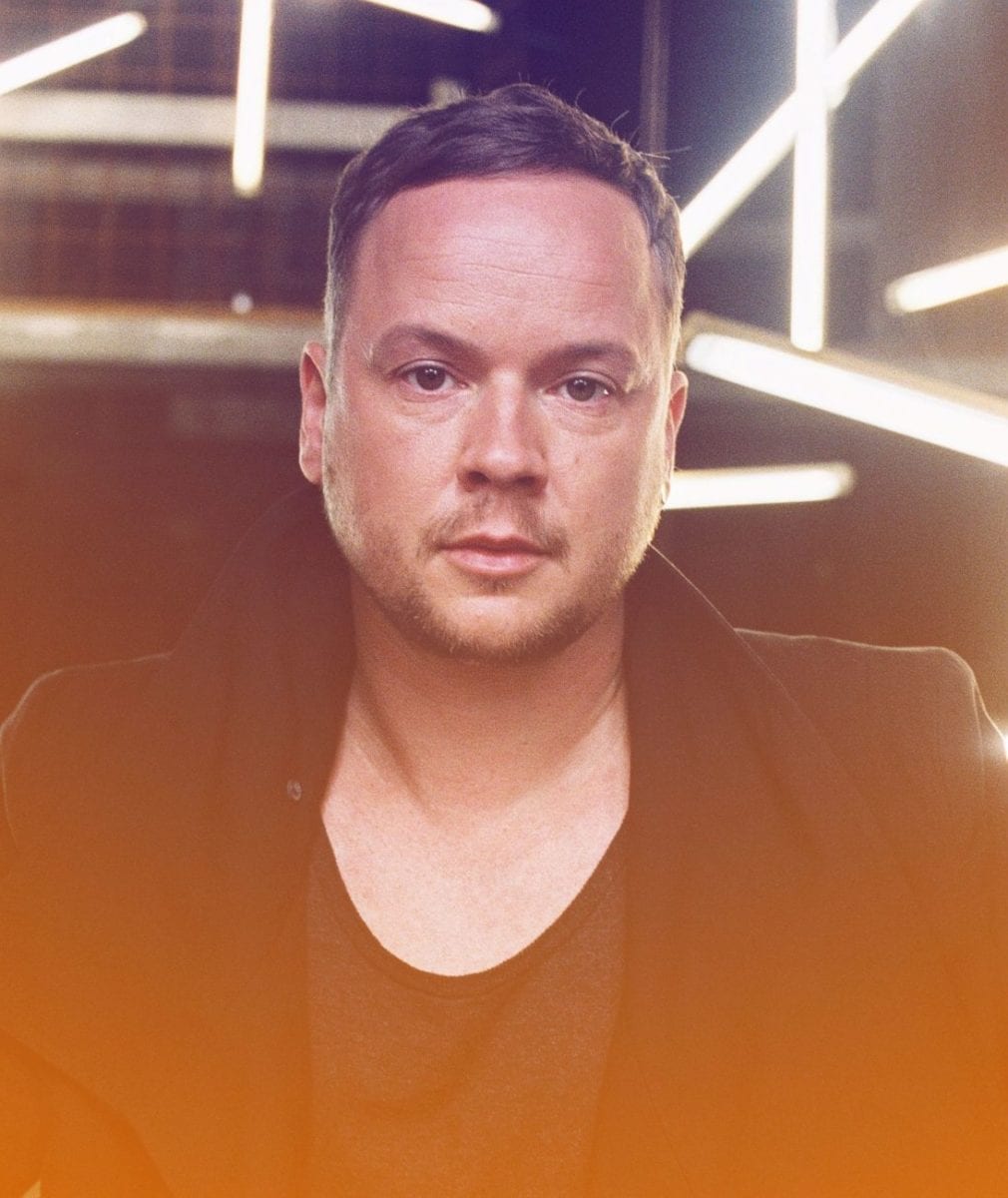 Marcel Fengler is a stalwart of the Ostgut Ton stable. Over the past seven years he has released a string of brooding 4/4 techno 12″s for the Berghain based label as well as releasing via Mote-Evolver and his own imprint Index Marcel Fengler. However it is only until now that he steps up to present his stunning debut album ‘Fokus‘ on Ostgut Ton to his loyal listeners. We caught up with Fengler to discuss his new album and ultimately why he has waited so long to release it. In the interview he talks in depth about the development of the album, including drafting tracks whilst on holiday, fine tuning them in the studio and revealing the journey behind ‘Fokus‘.

What have you been up to over the past few months?

The last few months have been pretty busy actually, first of all this project called ‘MASSE’ was a great challenge; Phillip (Efdimin) and me had to do a lot of complex things in the end. Apart from that I’ve been working on my new album ‘Fokus‘ on Ostgut Ton. Other than that, my fiancé and I are getting married in August, so now that all the music is done I can focus on the wedding.

I read that you’ve been working on the album for the past three months. When did you decide that you wanted to create an album?

Well this happened a long time before I started the production process of album. First of all it was very important for me to find out what I wanted to express in the album and how it should feel. So this process started much earlier than the production period itself. I guess it’s better to take some time to figure that out. It’s a difficult process to write an album and to satisfy yourself, especially when this is my first album; I had no idea how long it was going to take so I couldn’t plan the process ahead. Also some of the work of our contribution as DIN for MASSE took a lot longer than I had expected.

Even during my holiday in February I worked on my album. I developed a lot of ideas of the album in a bungalow with a great view of the beach, the environment there was perfect for making rough ideas for music and it inspired me a lot.

I was also thinking whether I should delve into older folders and projects on my computer and develop them into new tracks or just create completely new tracks. In the end I decided to go with the latter. I guess everything happened at the same time, developing the album concept, working on the ballet and brainstorming ideas for tracks.

Did you prepare a sound library as such before heading off on holiday?

I did a lot of recordings and took a lot of sound ideas, specific sounds from synthesizers and other instruments as I wanted to work on developing tracks, but I also wanted to enjoy my holidays. I created some drafts and sketches and then brought them back to the studio to see if any of them sounded any good.

A lot of my ideas I produced on my laptop and some potrtable equipment, controllers and a small soundcard, which I bought before my holidays. Usually I don’t to use my laptop much to produce music, but this was a compromise so that I could work during my holidays. I was also using really small speakers. So when I went back into the studio afterwards I was really surprised with how the tracks sounded and how the ideas were still there.

Then I worked out which tracks would be good for the album and then worked on the track listings. I thought it was important that the album had opening and closing tracks that lead you into and out of the album and of each track. I didn’t want to make an album that was full of tracks that stood by themselves, I wanted the album to flow coherently so the listener experiences the ideas and tracks as a whole.

Would you say there is a definite journey within ‘Fokus’?

Yeah, this is the perfect description; I want to be taken on a journey when I listen to an album. I don’t like it nowadays with digital files that you can skip through tracks. You should take your time and listen to the whole album and pick up the various themes, as this is what it’s all about. Each track is important, they have their own role in telling a story in the album to the listeners.

Are there any tracks in the album that stand out to you or have a personal connection with?

Actually yes, the track ‘Jaz’ is named after my girlfriend who’s called Jasmine. This track was made for her because I was trying to reflect how she is, there’s this pretty easy listening feeling on one end that makes you feel happy but then on the other side there’s a lot of melancholy in the track. These two directions in the track combine the feeling I sometimes get when I’m with her.

‘Sky Pushing’ is very hypnotic, whilst ‘King Of Psi’ sounds like you’ve used sample of a gunshot.

Yeah that’s right, ‘King of Psi” features gunshots that have been filtered down. The groove in ‘Sky Pushing’ was made a long time ago, maybe a year and a half ago, I thought it would be nice to include a deep and moody feeling one end, but also very progressive. It’s a bit like my previous releases on Ostgut Ton, on the edge between house and techno.

In a recent interview with Emika, she said that her new album DVA was heavily inspired from being in Berghain, hearing the music as well as the sounds that the clubs architecture resonates. Do you also share this inspiration?

Well the ‘Berghain Sound’ is in heads of a lot of people as a stereotype; it doesn’t do justice to the vibe of the club. When you spend some time at Berghain you get to hear a lot of genres of Techno and even House, so that’s why I think this tag is just an attempt to name it and to put in a box. In regards to the album I didn’t want it to have this 4/4 dark and moody feeling, because there are enough people doing that. When you are travelling as a DJ you are always taking inspiration from those experiences, it doesn’t matter where you are. There isn’t one single track that is inspired specifically by Berghain, it’s more a collection of experiences.

Who created the album artwork?

I saw some of his pictures before we met at the MASSE ballet. He designed the theatre stage for the ballet itself. We were talking about options and if he would be able to do something for my album. I didn’t expect that he’d be into it but he was! I was really happy so we discussed it further and he showed me some pictures, which he did for the album.

The picture on the front cover is hand made by him and what I love about it, especially on vinyl editions, is that it makes you want to touch it, the surface looks textured and is very tactile, just like a canvas painting. It makes you think, is this canvas or is it paper?

Also the colours used in the picture match the concept of the album because it’s pretty dark but the face is painted with warm reds and oranges. It’s full of opposites, light and shadows, just like the album.

Is the front cover a cropped section of a larger painting?

Yes, it’s a detail of a bigger picture. First Norbert introduced me the picture and then we discussed a possible extract that makes everybody happy.

I read that you were sharing a studio with someone when producing the album – who was that with?

Yes, I share the studio with Peter van Hoesen who runs Time To Express.

Did Peter help you develop the album at all?

No not at all, I barely saw him; I worked on the album entirely by myself. During the production I was contemplating using more hardware and Peter brought a lot of hardware into the studio when we built it up. But that can be really dangerous as it’s like having a new toy; you spend ages playing with it and loose focus pretty easily. I tried to avoid that tendency during the production process.

Recently we also discussed an option to play live in the future. We share a similar vision about performing live and now there is more time for us not only to share the studio but also to work on music and jam together.

What is the meaning behind ‘Fokus’?

For me it’s a multilayer of things. I wanted to give a description of the album process. To get “focused” on the production was the main and overall feeling I got during the entire process. Besides that I want people to get focused on the album as well, you’re not just skipping through it but you’re listening through it seriously.

What’s happening with your own label ‘Index Marcel Fengler‘?

Well I haven’t been able to produce or release seriously over the past few months. So it didn’t make sense to release anything. When I do release a record I want to make sure that it’s done properly. I’m not about quantity more quality. However now I can focus on my label more and I’ve collected a lot of ideas during the album process, so there will be some new releases and I’m in touch with someone who could be the new face of the label as well as some new artists to release on the label.