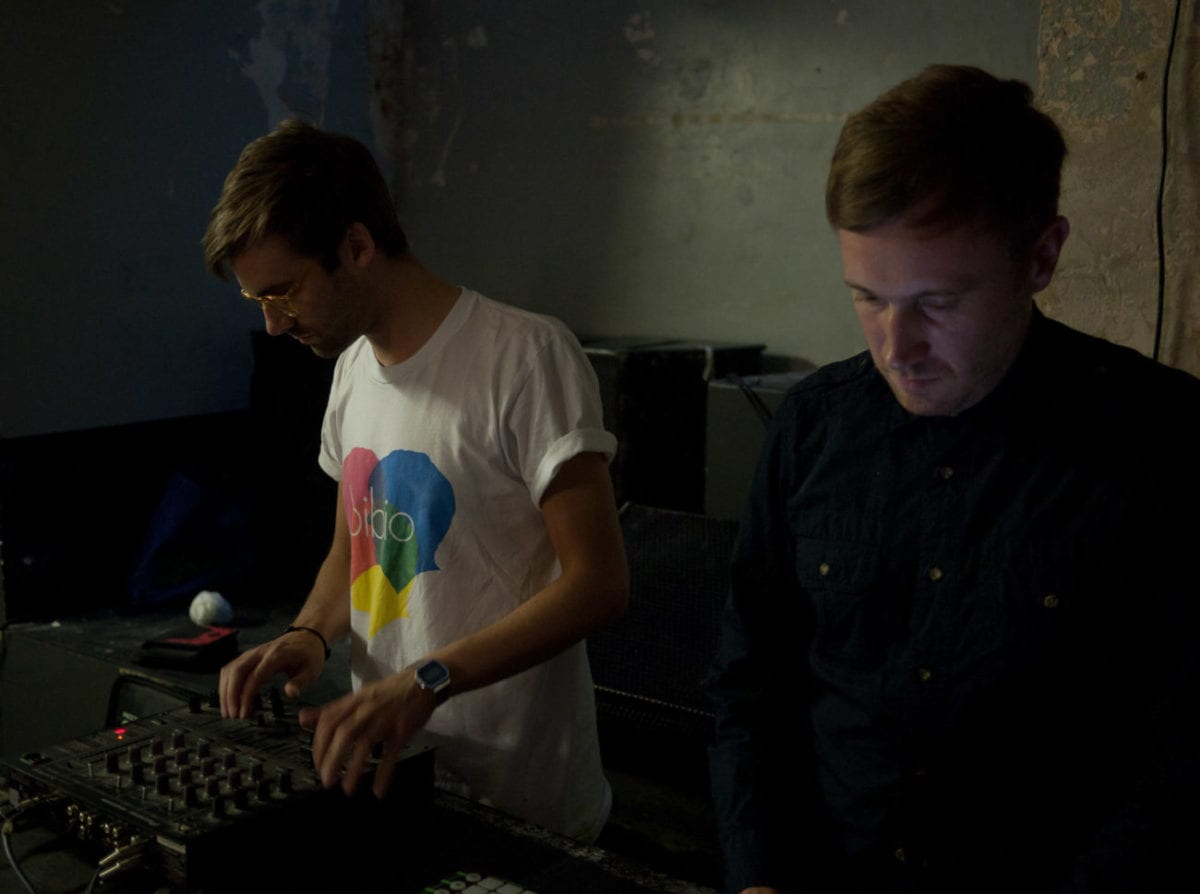 Letherette have been elegantly combining elements of funk and hip-hop for the past three years with releases on Alexander Nut’s Ho Tep imprint and the mighty Ninja Tune. Their debut album ‘Letherette‘ released in April 2013 presented a distinct palette of rich sounds and textures, reaping the Wolverhampton duo much critical praise. We were lucky enough to chat with them before their summer tour. In this interview we discuss their new visual live show, comparisons to Dilla and forthcoming releases.

It’s a pleasure to finally talk to you. Congratulations on the new album, how has life changed since releasing it?

Thanks a lot. Life’s changed in a very positive way. We now do this for a living, which is something we always aspired to do. And, we’re really busy so we guess that’s kind of a good sign!

The album has many different sounds and influences but somehow you have managed to merge them into your own sound quite elegantly. How long was the recording process?

Cheers. We worked on the track order and content a great deal. We always thought it would be a varied album, so were aware that it would take a while to combine the right tracks, tracks that were varied in style, whilst still remaining coherent.

I think all in all it maybe took around a year and a half to make, but then there are tracks that are in the album that were first started even further back than that, maybe 3 or 4 years.

Ninja Tune couldn’t be a more suitable label for you guys, musically and aesthetically. How did that connection happen?

We released a couple of EP’s on Alexander Nut‘s Ho Tep label and, because Alex also worked with Ninja, they were aware of our music. This kind of got our foot in the door so when it came time to send demos; Ninja seemed keen to listen.

Thankfully, they were into it right from the start and after passing them tracks for a further few months, they decided to offer us a deal.

Your first EP’s on Ho Tep are brilliant. They have also received somewhat of a cult following. Sadly, they are also impossible to find. Did you anticipate any of this while making them?

You don’t tend to think about that when you’re making tracks. In fact, at the time, we had no real outlet for that we were making so we certainly didn’t expect them to be received the way in which they were.

We owe an awful lot to Alex for putting them out. The releases came with his stamp of approvable and that certainly counted for a lot when it came to releasing the EP’s.

It’s quite funny how a lot of people seem to categorize your sound as being part of the L.A. beat movement. Have you guys heard any strange comparisons to your sound?

We understand the connection, certainly with the stuff we’re known for from our earlier releases. I guess that’s one of the reasons we tried to make the album varied and different.

We were keen to make it clear that we didn’t just do one thing and that we like to dip in to a lot of different styles whilst remaining true to what ‘Letherette’ is to us.

I remember while listening to your first EP’s on Ninja and Ho Tep, I couldn’t help but think of Dilla. Is it just me or has he had quite an impact on your production?

Yes, definitely, but strangely not as much as we seem to be known for. For a while we couldn’t read anything about ourselves without someone mentioning ‘Dilla inspired beats’ and we found it strange because, although he is an influence, he certainly wasn’t the biggest inspiration at the time. It’s always been closer to Doom or Madlib in that regard to be honest.

I had a chance to come to your album launch party. I loved your visual show. It was very sharp and quite funny at some points.  Did you collaborate with anyone for that?

Cheers, really happy you liked it. It was definitely an intension to make it funny in parts. Sometimes our music lends itself to visuals in that way. We tried to make it quite emotional in parts too, whether that be uplifting or just a bit brutal. We didn’t want it to get boring in any way if we could help it!

For the visuals, we collaborated with a friend of ours, Clayton Welham. He also does visuals for Emptyset. He’s just a really top bloke with lots of taste and talent. Because we’ve known him for so long, we were keen to work on something with him partly because we knew what sort of direction we were aiming for.

Have you guys noticed any interesting reactions when playing with this visual show?

People are always interested in how we made them and how we synchronize them to the music. We understand that watching two producers playing their music, stood behind a laptop, isn’t the most visually exciting thing to go and see.

Regardless of whether the crowd are into your music or not, the visuals take the focus off us and onto the experience as a whole.

You’re also playing a sold out boat party with Bonobo this summer at Soundwave Croatia. Looks amazing. Excited for that?

It’s not too shabby isn’t it. We can’t wait.

Can we expect any new music soon?

Hopefully, yes. We want to release a couple more things before the end of the year. We’re doing quite a number of gigs at the moment so the downside of that is that we don’t get chance to work on music as much as we’d like. But, that’s just part of the job now, so we don’t complain!

Cheers guys. Thanks for your time, any words of wisdom for our readers?

Cheers. Sorry, only the wise can give words of wisdom.

Catch Letherette at Soundwave Croatia on the 20th of July along with Bonobo and Illum Sphere.