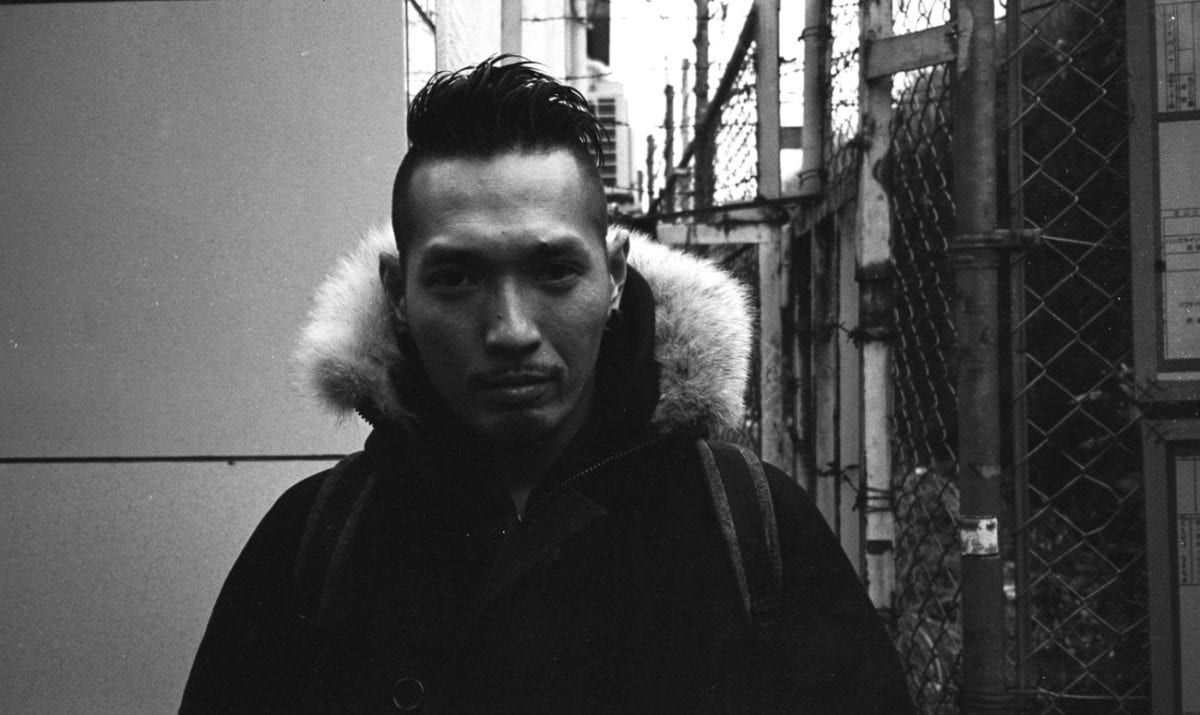 Japan is a country steeped in tradition and new artistic horizons, few would consider it a hub for dance music aficionado’s but that’s all about to change. The past two decades have produced a slew of top notch artists exploring various avenues of experimental music, Tomita, Shigeto, Dokkebi Q & GOTH-TRAD to name a few. Takeaki Maruyama has been developing his musical expression for over 10 years now working collectively as a part of ‘Rebel Familia‘ and independently as ‘GOTH-TRAD‘.

Takeaki is constantly developing his sound signature and has found a home amongst the dubstep scene rubbing shoulders with the likes of Mala and releasing music on his ‘Deep Medi’ imprint. His new album ‘New Epoch’ is the result of 5 years of work. By fervently supporting home grown talent and understanding what works on eastern dance floors, GOTH-TRAD has inadvertently become an ambassador for that culture and those looking to pioneer away from the ‘Status Quo’.

In this interview Takeaki Maruyama talks candidly about his musical heritage, motivations and how 2011’s devastating Tsunami has cast doubts and fears across an entire nation.

For those of us less acquainted, could you tell us who you are, where your from, and your earliest memories of listening to music?

I’m a DJ and Producer from Japan under the name of GOTH-TRAD. I’ve been producing and performing music for about 10 years, such as down-tempo hip-hop, dub, jungle, experimental and noise for the last 7 years. I started to listen to dance music through Technotronic when I was 11 years old and got into Kraftwerk. I was really into UK dance music such as Nightmares on Wax, LFO and the Prodigy.

What three single things influenced you the most whilst growing up?

It is a very difficult question, probably my family, friends and education (both good and bad educations).

When did you realize you wanted to produce music as a full time profession?

I know there’s meaning behind your stage name ‘GOTH-TRAD’, perhaps you could explain it for our readers?

Goth = Gothic stems from historical Gothic culture. About 13 years ago when I started to produce music my music was very dark and deep and used lots of string samples (like a violin). My friends said at the time that my music had a Gothic Hip-hop/Breakbeat character to it, so I looked up the meaning of “Gothic” and developed the name Goth.

Trad = Tradition. I’m proud of my Japanese traditional and culture; I believe my music is a direct reflection of the Japanese environment and culture, so I use this word.

What has been the most important or memorable point of your musical career so far?

My first release was in 2000, It was on the Japanese compilation called “si-con”. I passed my demo tape to Japanese DJ called DJ Kensei. He was arranging a Japanese underground music compilation at the time and he hooked me up, so this the very beginning of my music carrier.

My second moment was when I met with a reggae bassist Akimoto “Heavy” Takeshi. He was on the band called Dry & Heavy at that time. We started a dub unit called ‘Rebel Familia’, which generated a lot of fans and we played a lot of gigs and released three albums in Japan.

Finally when I met up with Mala in London in 2006. After that, I signed and released my first 12″ on Deep Medi Musik in 2007, that was the biggest point of my carrier for sure.

Could you explain why you see your sound sitting so neatly on Mala’s ‘Deep Medi Musik’ label and what has made this label one of the most influential within the scene?

Dubstep includes a lot of elements which is the reason why I got involved with this music. Deep Medi helps progress and develop the sound and is always releasing music which is original and is exceeding the frame of dubstep in a proper way.

What hardware and software are you using in the studio, and do you have a few favorite bits of kit?

I use a PC and a Mac in the studio. I use Ableton Live as my main sequencing software, however I sometimes use Logic for mixing down. Before that I used to use old analogue equipment for mix downs but now I finish everything off on my PC or Mac.

I’m still using analogue equipments for live sets, for example, the 12inch which was released on Greensleeves Dubstep includes a dub version. For that I used an analogue mixing desk, Siren Machine and some effect boxes. Dub mixing with analogue mixing desk and some delay/reverb effects (even if they are plug-in software) is still the most important kits to describe my music physically as it built my musical background.

Could you talk us through your creative process when producing music?

My inspiration are always derived through life experiences. When I get an idea such as a melody, bassline or beat, I try to write it into a sequencer as soon as possible, even if it’s a very short phrase. If I can progress with those parts it’s easy to finish the tune. When it’s difficult to progress I leave those sketches and look back at them a month later even or more. On some occasions I can finish tunes with the old sketches  I made years ago.

This is by no means your first album, but it is your debut dubstep LP you’ve released. Where did you draw your inspiration and what did you want to express through it?

For this album I’ve been focusing on it since 2005. I’ve been exploring the dubstep scene and watching how it’s developing. The  scene is getting bigger and bigger and I sometimes get bored with parts of the scene as a lot of similar stereotype music is released.

A lot of people recognize that this stereotypical music is being created, so I don’t want to label my music as ‘dubstep’, I feel that my music doesn’t fit the traditional fit or pattern that people have grown used to. All I can say is that my album is a proper ‘dubstep’ album!

As I said earlier, inspiration for my music stems from life experiences. On the 11th March 2011 we had a huge earthquake in Japan, the country declared states of emergency for five nuclear reactors at two power plants after the units lost cooling ability in the aftermath of Friday’s earthquake. This problem is still happening and is an ongoing issue for everyone living in Japan.

Since this happened I’ve been watching the behavior of the government, media and everyone around me. The government and major media companies never tell the truth and a lot of people trust them. It’s very difficult to find a safe place to live and get food in Japan. I’ve really lost my way since then, I’m still worrying about it. I’m putting my feelings on a kind of high alert through this happening…with a strong hope.

Where did you spend your time writing the album, and with whom?

The album includes tracks from 2008-2010. I’ve been focusing on finishing the album since spring 2011. I traveled a lot for the shows in 2011 but most of the time when I was in Japan, I was in the studio alone or with my wife and daughter. After the earthquake and the nuclear accident happened, my mind was very unstable and was trying to stay with my family as much as I could.

With the album out the way, what do you have planned for 2012?

I focused dubstep since 2005 and this album will be the point I can open my mind and look back and forward to all my experiences again. I’m still interested in the 140bpm thing and I have lots of ideas, I’m also producing some different tempos.
I just want to put more energy into my music and I want people to get energy through my music.

Be patient and persistent, these things take time.