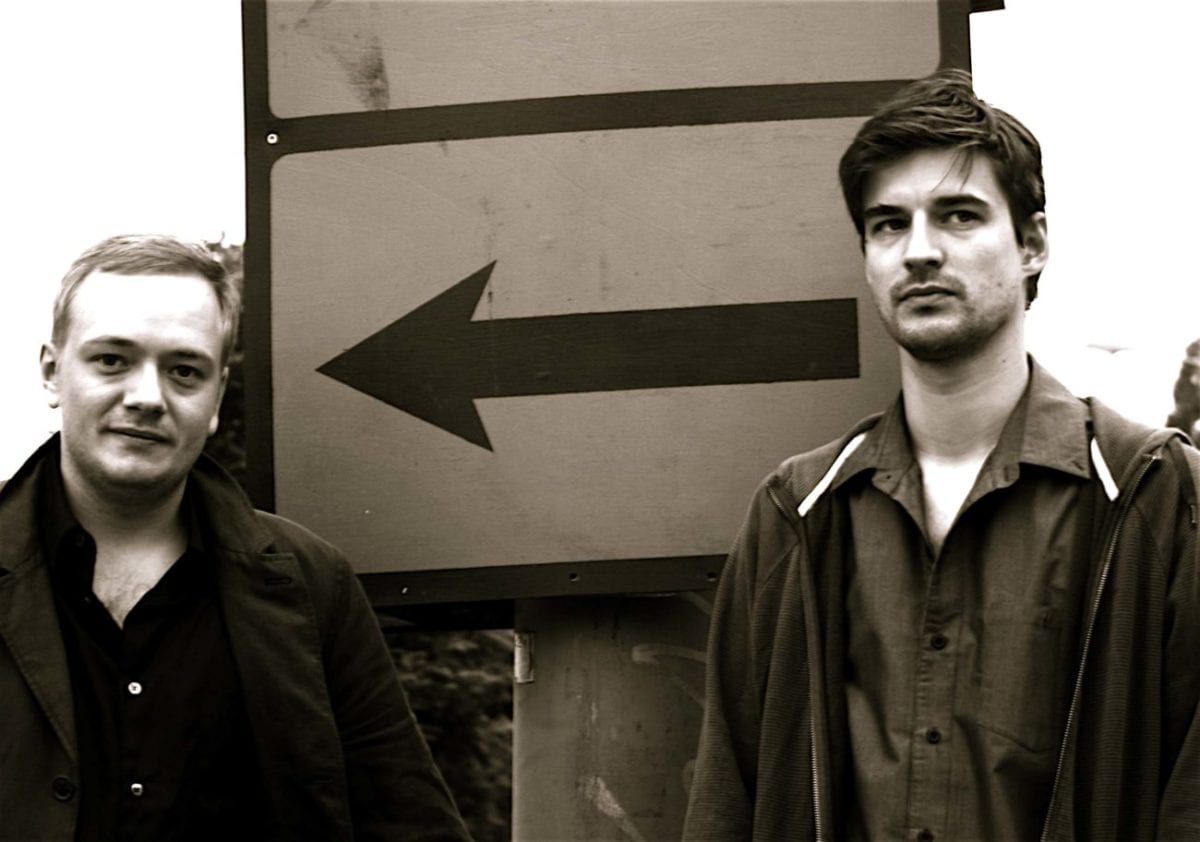 Ahead of their performance at Time Warp festival, we caught up with the production duo Extrawelt, Arne Schaffhausen and Wayan Raabe, to discuss their early explorations into electronic music and their perceptions of current musical styles and production methods. We also discuss their new studio, what it means to be part of the Cocoon family and their highly anticipated live performance at Time Warp 2012, Mannheim.

Please can you introduce yourselves to our readers, tell us where you’re originally from and what you’re currently up to.

We are both born and raised in a suburb of Hamburg and later moved to Hamburg. We are currently in the process of building a new studio as we had to leave our beloved previous place. Besides that we are preparing our next release “Herz Aus Blech EP“ on Cocoon Recordings.

How and when did the two of you first meet and when/why did you decide to start experimenting with electronic music?

We met at parties and record-stores in the early nineties when we were both started DJing. After doing that for a while we wanted to make music ourselves and had the quick idea to hook up Wayan‘s computer and sampler with some equipment that I had borrowed from our friends from X-Dream. So we just dived in and started to have fun with the machines, trying to get some madness out of them.

Did you share similar tastes of music, or did one of you have a dramatic influence over the other?

In the beginning it was more like helping each other to find out how to get something interesting out of the machines or how to get them running at all. We knew what kind of music we wanted to make but, I guess, most of the time we were steered by the machines.

I first discovered your music in 2005 through ‘Soopertrack/Zu Fuss’ on Border Community – How did you get involved with Border Community and what is the status of your relationship with the label and their cohorts?

I simply sent a demo without any expectations to my favorite label, half a year later James Holden wrote an email asking if the track was still available! Spontaneously we decided to use this release as a re-start with a new project-name which turned out to be “Extrawelt“. We are in touch with Gemma and James on a regular basis but unfortunately we only rarely get to meet up

Since then, you’ve released records on an array of imprints, which have included Traum, Cocoon, Kompass Musik and Ideal Audio – Why do you choose to release records across so many different imprints? What are the benefits and complications of doing so?

We like to be independent and we enjoy working together with many different people who we respect and cherish. I guess it helped us to reach out to a bigger audience and might have saved us from being connected with a typical (label) style, to be noticed as an individual project instead of being a member of …“. Also it helps to learn about the different ways of running a record label, production etc. This can be fertile and in some cases disappointing too but still at least you might have learned something.

What does it mean to you to be part of the Cocoon family? To me they emulate a sense of ‘rock rtar’ persona in the realms of the electronic music community.

To us it means first of all a level of professionalism and dedication to this music, which is hard to find anywhere else and it is an honor be part of. It‘s up to each artist how he wants to be presented; we don‘t want to be presented as ‘stars’ as we don‘t feel like that. It‘s an offer by Cocoon and not a must, so we are always free to choose in which campaign we take part.

What’s your personal philosophy on sound? Is there anything in particular which is vital to the Extrawelt sound signature?

Don‘t think when making music. We also don‘t try to create a certain signature sound, but i guess it happens organically sometimes.

You’re playing at Time Warp 2012 in Mannheim, what can we expect from your performance?

We have been really looking forward to it since we got the booking confirmation and we are glad that we can return to Time Warp after 2007 and last years Time Warp in Holland, which was a blast. We haven‘t decided yet what exactly we‘ll play, as usual we‘ll prepare our set a couple of days before and hope it will fit time and space.

You’ll be playing alongside Sven Väth, Richie Hawtin, Carl Cox, Ricardo Villalobos, Loco Dice amongst others – Who are you looking forward to see perform at Time Warp?

All of them I guess – we’re also looking forward to see L.B.S. if the time-table allows us to.

You’re also playing live at Time Warp, what does your live setup consist of?

In what environments do you prefer to produce music in and do you have any particular mood, which you have to be in to create music?

It just needs to be cozy and not too sterile. In the beginning we had a kind of bedroom-studio, the second one was already a bit more advanced and our new studio will be even better. All our studios eventually turn into a living-room and I hope this will happen in our new one. Moods are always different but if you are excited and have an urge to make music all emotions are welcome to leave their mark in the music.

Are there any instruments that you rely on?

We rely on all of the ones we own, even the ones we don‘t use very often are important on certain tracks.

What’s your opinion on the current electronic music scene? What genres and styles of music are you enjoying at the moment?

Good very good – there is so much excellent music around! We’re enjoying it all except that brand new genre ‘chrome-rave-hobbit-house’ created yesterday by that one magazine.

So far there‘s only the upcoming EP on Cocoon which is an addendum to our previous album, ‘In Aufruhr’ containing a version of the album track ‘Herz Aus Blech’ plus two new ones. Due to our studio-move-construction we are forced to make a little production break.

“And those who were seen dancing were thought to be insane by those who could not hear the music.” -Friedrich Nietzsche

Time Warp Mannheim, Germany begins on the 31st March 2012 – Get your tickets here