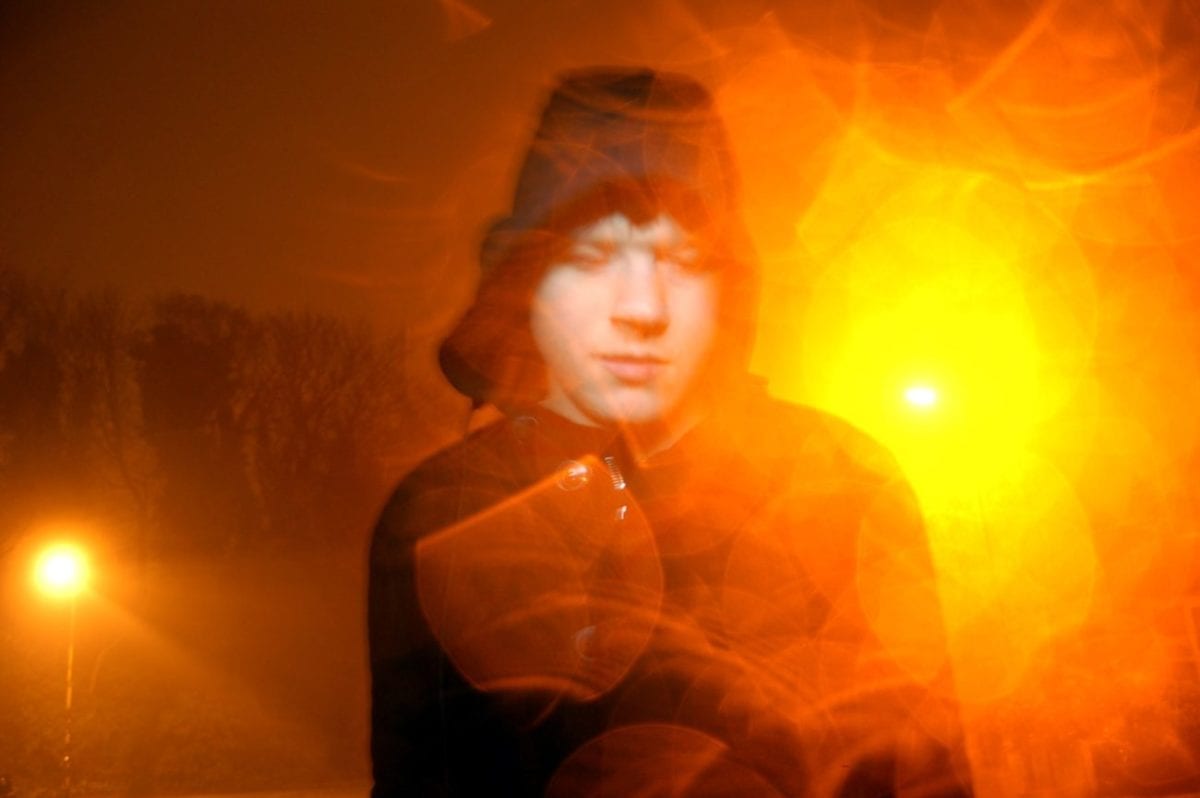 Ital Tek has always been quietly consistent in his releases. Alan Myson is a reliable, efficient producer who has gained a great deal of respect over the last few years. A prolific artist, he’s released 2 LP’s and a host of singles and EP’s since 2006. He’s moved through various realms of influence, beginning in hardcore waters before exploring the deeper side of dubstep through EP’s such as Cyclical and Massive Error, released in ’08 and ’09 respectively.

However,  like many others, Ital Tek eventually grew disillusioned with the dubstep genre, the once exciting template growing stale, restricting movement to narrow confines.  This disenchantment led Ital Tek to the fresh plains of juke and footwork. Last year’s Gonga EP was a well received exercise in innovation, Myson crafting a sound that drew from existing structures, yet was very much his own. The Planet EP, released this month via his own label Atom River, successfully builds upon this framework. We caught up with Ital Tek to discuss his current leanings, the steady refreshment of his sound and his plans for the future.

Following on from your Gonga EP, released late last year via Planet Mu, ‘The Planet’ moves further into footwork-inspired places, reinforced by your melodic synth work. Why did you decide to delve into this territory?

In my opinion footwork is just the most futuristic exciting sounding stuff out there at the moment. It’s proper weird music when you first get into it but it’s infectious. I love the energy and listening to it so much over the past couple of years it’s really rubbed off on me and how I approach writing. I’ve tried to bring some of those elements into my productions but take it in my own direction, it’s not too much of a conscious decision to be honest I just go with what excites me musically.

What sets this EP apart from Gonga? Were you trying to cover new ground, or is just further exploration of the hybrid sound?

Gonga was an experiment really. I was just trying to make a really crazy constantly rising loop with no intention at first of it becoming a track. It’s one of those tunes that I did super fast and can’t really remember making, and I think working like that can yield some of the best results. The Planet EP is a further exploration of that energy but I’ve brought a lot more melody into the mix, I wanted a more dreamlike hazy undertone to these tracks.

The Planet EP, to me, sounds like it has more of a direction, a more contemplative edge to it. Would that be fair to say?

If that’s how you hear it then it’s a fair thing to say yes. It’s certainly more melodic and richer in texture than the Gonga EP which was intentionally minimal. My writing mirrors my thoughts and head space, I’m not necessarily aware of it at the time but looking back on this EP now I can see it came from a different place to Gonga. I can get lost in these tracks. I think they go much deeper. It’s all part of the same creative flow just a different way of expressing it.

As an artist you’ve constantly evolved with each release, moving from a very dubstep-orientated sound through to the colourful, refreshing tracks we’re currently hearing. Has this always been an ideal, or has it been more pragmatic?

It’s been an ideal in so much as wanting to always push myself. I’d go mad if I were writing the same kind of tracks I was doing 5 years ago. I’m very proud of my past releases and I think they capture where my head was at the time but I don’t see the point of writing music if I’m not exploring new ideas. It all comes down to trying to be honest in your intentions and following your inspiration.

Was there a point when you simply got bored with the dubstep template?

Definitely from about three years ago it just wasn’t doing anything for me anymore. There’s certain producers who are just making the same track over and over again and that’s not something I’m interested in or want to be a part of. I don’t really listen to anything that you would consider dubstep anymore, and I don’t play any out in clubs. It’s undoubtedly got a fond place in my heart and for a few years it made a huge impression on me but going forward I’d rather take the excitement and energy that whole emerging scene gave me rather than the sound palette.

This EP will be released on your own Atom River imprint. Why did you decide to start your own label?

When you are dependent on a label to release your music the timescale can be frustrating. Sometimes it can be a year between finishing a project and it being released and so purely to get some tracks out faster I decided to set up Atom River in 2009. The majority of my output has been on Planet Mu but they can’t release everything I’d like them to as they have a very busy schedule, and for certain singles and EPs it works better for me to release it quickly myself.

So far you’ve only been releasing your own material. Are there plans to expand in 2012?

I haven’t got any immediate plans to release anyone else’s music on Atom River. It takes up a lot of time and effort running a record label; I would rather keep that as a small part of my job and just focus on what I love most which is being creative. It’s quite easy for me to release my own music but getting involved in someone else’s career isn’t something I can really do at the moment. It’s not fair to do it half arsed so I’ll just keep my mind on what I’m doing for the time being.

Is there anything you would regard as an essential aspect to your production, or does it vary according to release?

It’ important for a record to have an identity and so when working on a specific project I’ll try to create cohesion by experimenting within a framework of certain samples or synths that I think can tell the story of what I’m trying to achieve. It definitely varies between releases though, for the last EP I was really into the idea of raw percussive energy and for The Planet I went back to a deeper more melodic, sci fi inspired sound.

I’m instinctively drawn to lush emotive melodies and textures so that is a theme of a lot of my music, but I’m also just as happy writing a purely percussive track. Hopefully the listener can join the dots and understand the thread that runs through all of my music.

Finally, where can we see you live next?

Well next stop for me is in Finland this weekend which I’m looking forward to as I’ve never played there before. I’m playing quite a bit over the next few months around Europe and the UK so it’s best to follow me on twitter or facebook to keep up to date with where I am.