An addition that certainly made a significant contribution to the success of the trio’s longed-for second album for the ever-impeccable Emotional Response. Worthy of its sky-scraping title, ‘Peaks‘ shows the triplet in particular form, brushing an empirical journey across wild, unexplored comet fields and lunar crevasses.

We caught up with Juan, Guido and Kyle as they discuss the album’s creation and raison d’être, studio battle-gear and all-time Kraut and Kosmische classics. We’re also proud to present the LP opener ‘Alpha Moon‘ in full stream – a far-stretching mesmeric scud fueled on stellar synth motifs and a relentless bass comber. Lock in! 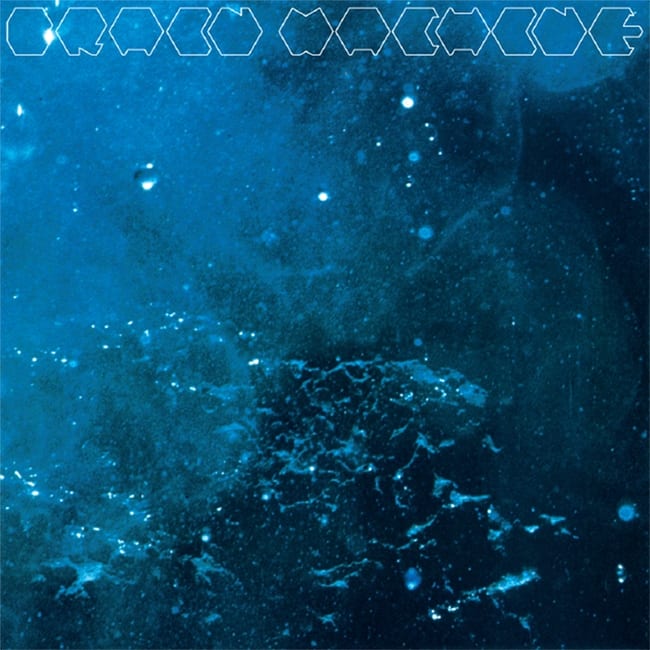 ‘Peaks’ is your second album after your eponymous debut LP released on THISISNOTANEXIT eight years ago. What’s been the recording process like?

Juan: It’s been long and winding… a curious voyage full of surprises

Guido: It has taken such a long time… a lot of music was never actually finished. Kyle joined us and brought a fresh new perspective to the tracks.

Kyle: I came in later working on structure, overdubbing synths and drums, making sure everything was working sonically.

It could be the soundtrack to a very emotional space odyssey, synth lines gliding languidly like travelings of Martian landscapes in slo-mo. Were you trying to weave a certain sense of narration and cinematic feeling ?

J: Because it took so long there was no conscious narrative and yet there is a vibrational coherence…

G: Thanks, I love your description but I believe the cinematic feel came out naturally and not really on purpose. The album developed very slowly over these years through the many versions we did. It’s a project that requires the right state of mind to work on and the most difficult part for me has been finding the right moment to sit down and work on it.

K: I think the sound comes naturally… We all have a feel for cinematic sounding music. I think that comes more from the subconscious.

What gear did you use the most?

J: The Eventide H3000 was essential for me as well as tape delays and the Realistic Moog MG-1.

G: We used a lot of different pieces of equipment including several synthesizers (analog, digital, modular), analog drum machines, guitars, voices, plugins, self-made filters and quite a lot of reverb and delay effects.

What’s been the starting point to Brain Machine?

J: It started in a shed in Cornwall with just the MG-1, a Casio VL Tone, a Watkins Copicat and a cheap guitar.

G: We liked how it sounded in the shed and the musical ideas we created slowly became the first LP. 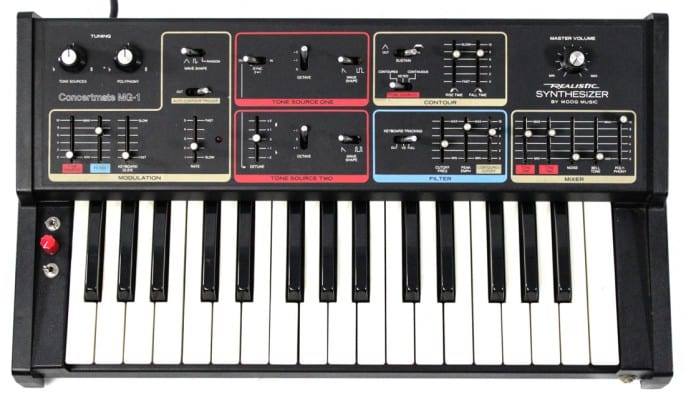 Kyle, you just recently joined the crew. What did it change, creativity-wise?

J: It enabled us to re-focus… to hear old ideas in a new way.

G: When Kyle became part of the group we had a lot of unfinished music. There were good ideas and parts but they sounded like a lot of different pieces from different times. I could not relate to them anymore and they didn’t have the coherence of an album. So for each track we kept what we still liked and asked Kyle to add whatever he felt (electronic percussion and synth). That moved the music to a new, more consistent style that we liked straightaway and being able to jam in the same room allowed us to finish the album fairly quickly.

K: Of course I can’t answer this one but I can say it’s been an honour to be involved. I remember being blown away when I heard the first album all those years ago and never would have thought I’d be involved in the follow up!

How did you come to Kosmische and Kraut music? What’s the first album that aroused your interest for the genres?

J: I guess through Kraftwerk and Can and then to Neu!, Cluster, Ash Ra Tempel…Maybe Cluster & Eno or ‘Neu! ’75‘…I can still remember buying the Cluster & Eno album in Exeter when it came out…

G: An old friend of mine, back in the early ’90s used to play me a lot of Klaus Schulze, Kraftwerk and Tangerine Dream albums that belonged to his father. We used to have these late night listening sessions and he made me cassettes of this music. The first album I actually bought and influenced me a lot is ‘Encore‘, a 1977 live album by Tangerine Dream.

I remember buying it second hand in an amazing shop in Rome that doesn’t exist anymore and I played it so much. Those electronic sequences, especially when the bass parts come in really touched my heart. I love it when you hear the audience reaction to that.

K: Neu! – Neu! – particularly the track ‘Hallogallo‘, was the first album in this genre I became obsessed with… Of course many of the Tangerine Dream and all of the Kraftwerk albums also but I remember I had a cassette tape with Tour De France when I was about aged 10 in ’84 that I played all the time…

If there were only three all-time Kraut classics to save or say, take with you on a desert island, what would they be and why?

G: ‘Encore‘ by Tangerine Dream for the above reason, ‘Aum‘ by Deuter and and ‘After The Heat‘ by Eno, Moebius and Roedelius. But more than my absolute favourite ones, these are the ones that came to mind now.

K: Manuel Göttsching ‘Inventions For Electric Guitar‘ – or maybe ‘E2-E4‘, Tangerine Dream – too many to choose from but I like ‘Hyperborea‘ a lot, and Kraftwerk ‘Computer World‘.

Amongst the current wave of producers and musicians, who leaves the best impression on you?

J: Andras Fox always hits the spot, I loved the early OPN productions, all the Mood Hut releases are great and Nick Mackrory’s production is spot on…

G: I have been enjoying Not Waving, Karamika, Donato Dozzy, Die Wilde Jagd, Fovea Hex, Abul Mogard but there are certainly many others!

K: So many good producers around right now but if you talk about producers leaving an impression I have to talk about I’ve been lucky enough to work with… George Thompson, Jonny Nash, Gary Burns, Merrick Adams – these guys have all pushed me musically…

The music the Düsseldorf guys are making right now is spot on, Gordon Pohl, Ralf Beck, Tolouse Low Trax… Donato Dozzy, loving his stuff! Vakula, Japanese guys like Kuniyuki, Cos Mes… So much other stuff, too much! 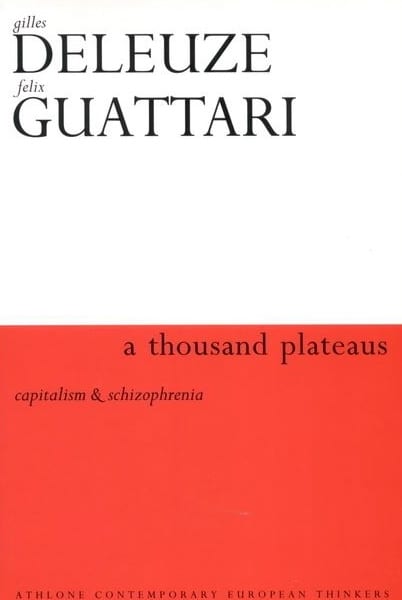 What’s the last shop you visited and what did you bag there?

G: I have been spending my spare cash mainly on electronic parts rather than records at the moment. I am building my new synth, so I guess the last shop has been a website called Thonk.

What’s your schedule reading for the next weeks?

J: What have I been reading? Gilles Deleuze & Felix Guattari ‘A Thousand Plateaus‘… If you mean what’s my schedule then I’ll be up the hill in the studio working on more music.

G: ‘Pigs Might Fly‘ which is a book about Pink Floyd and ‘Media Control‘ by Noam Chomsky. If you mean schedule, I have a gig for my other project Vactrol Park and then I am gonna try to concentrate on working on new music in the studio as I finally have some time.

Peaks is out now, order a vinyl copy from Juno.