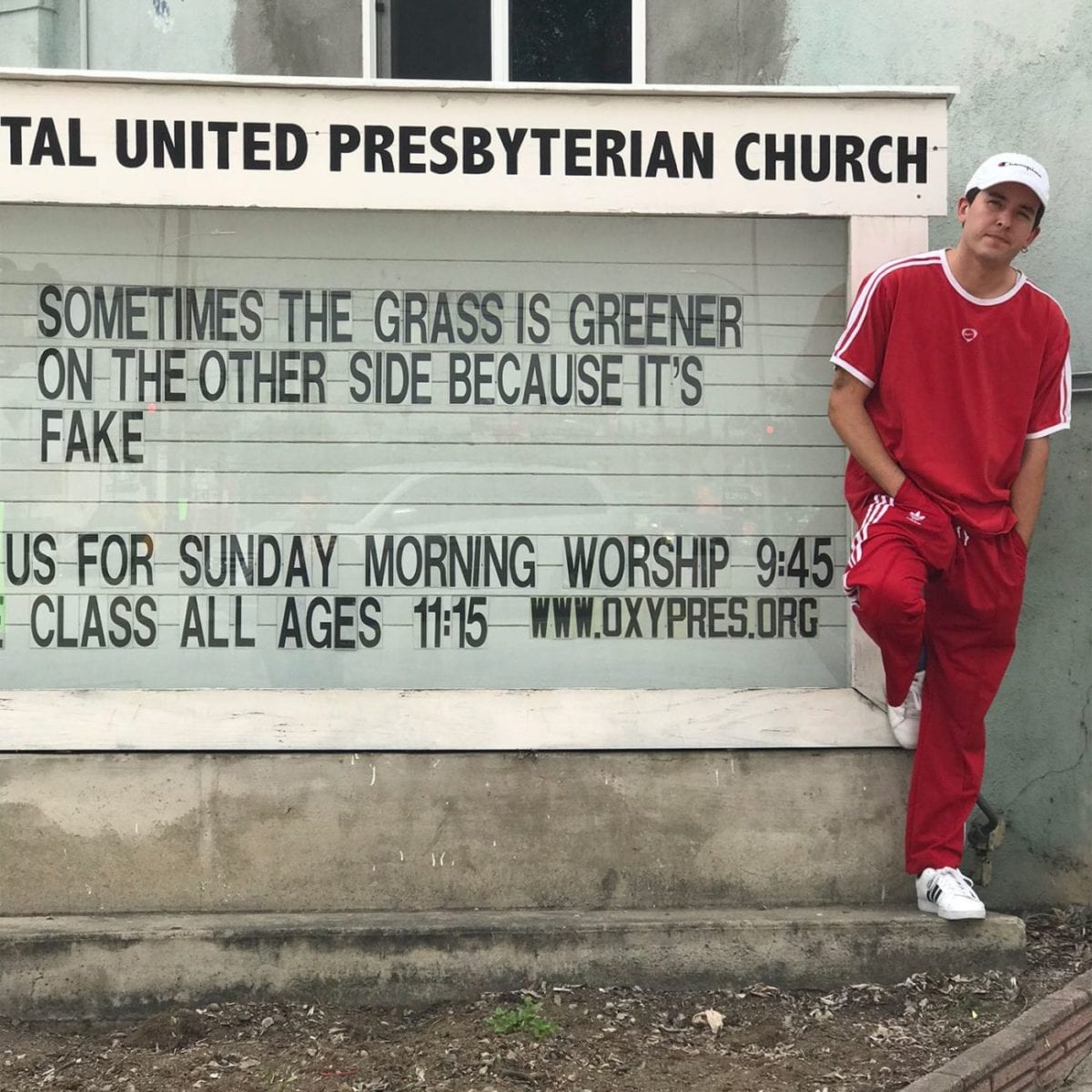 A rising voice in Los Angeles’ bubbling underground scene, Dylan Chase aka Caffeine landed his first EP last year on Orlando’s excellent French Press Lounge. In their presentation of ‘Birth Of Ya‘, the label funnily hinted at the release stating: “imagine if the RZA had listened to lots of Orbital and early trance records and made this after Liquid Swords“. Well, forget all of this as Chase’s second outing for French label Third Try Records, ‘Universal Theme‘ further migrates to deeper sonic territories – all draped in lush tapestries, silken acid textures and expansive oneiric vistas.

Including two grade A reworks from LA stalwart Zane Reynolds alias SFV Acid – here premiered in its entirety, and Aussie sensation Roza Terenzi, both commissioned by the artist himself, the record instantly caught our attention and prompted us to reach out to Dylan to find out more about his influences and what keeps him going on a daily basis, as he opens up on the difficulties of making it in Los Angeles, urgency in creation and the ideal of tolerance in rave culture. 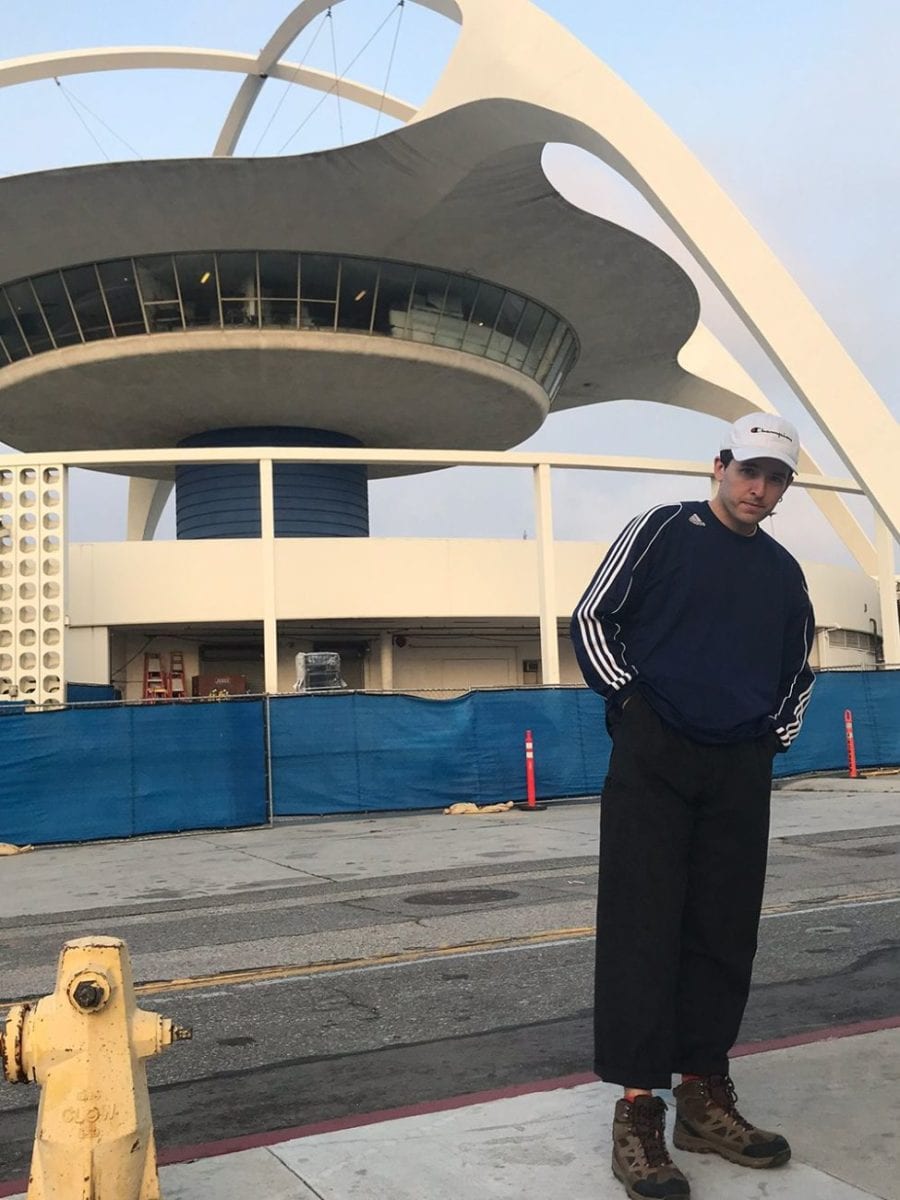 Your second EP, Universal Theme, is about to come out via French label Third Try Records. Can you tell us more about it? How was this record conceived?

The title track has actually been finished for a few years. It’s one of those pieces that I came back to again and again and kept listening to, but it didn’t quite fit on the first Caffeine record, which was more breaks and rave-oriented.

When I wrote ‘Aqnoziu‘ more recently, the general direction of this record, and I hope for Caffeine going forward, took shape – wonky, glassy dance music with kind of a futurist/tribal vibe.

I couldn’t think of two artists who align with that aesthetic better than Zane and Katie, in their own respective ways, so I hit them up to contribute some mixes. They’re both huge inspirations.

How did you and the label come into contact?

I liked the Bella Boo EP, and sent Victor at Third Try my two original tracks just on a lark last year. He said to circle back when the remixes were done. I did that, and we literally wrapped up an agreement within an hour. I was almost alarmed by his enthusiasm, like – can this guy be for real? – but his energy and positivity around the project were consistent the whole way through.

You’re operating out of LA, which is quite the legendary city par excellence – with its unique background, history and world renowned symbols, but whose tentacular structure and architecture can be a real hassle for non-drivers… How’s your relationship with the local scene? Do you find it easy to connect with other artists there?

New York gets painted as the rugged, adventurous place for artists to migrate to, but make no mistake – Los Angeles is tough for real artists, and getting tougher. Rent is around 1300-1500 for a 1BR apt, and that’s just on the east side. You’ve definitely gotta hustle to stay afloat, which can make the late nights this music scene is built on a really hard thing to swing.

There are many artists flourishing here, but if you are not A) from a monied family or B) an LA native, it can be a challenging environment. Also, there is a real obsession in LA with things from other places. There still isn’t the pride New Yorkers have for New Yorker art, or Berliners have for Berliner art.

Many people are often fixated on stuff from Japan or whatever, and that’s cool, but it can be kind of detrimental toward having a local scene where people lift each other up. Of course, these are just challenges – it’s up to the individual to overcome them as best they can.

Where do you like to hang out in town? Any tip for us as for the places we should visit next time we’re around?

Some people hate on it because it’s kind of NYC bourgeoisie, but Zebulon has the best smoking patio in LA and an amazing lineup of shows. 818 Arts does some cool stuff in the valley. Moony Habits for warehouse stuff. Third Place is like a Sunday decompression party that brings some cool names to little house parties. Crawford’s for chicken and beer. Delia’s for Mexican. Dan Sung Sa for Korean. Perfect Circuit Audio for gear shopping.

What inspires you on a daily basis and when you enter the studio?

I would probably say, on a daily basis, a lot of my motivation/inspiration comes from my awareness of how this life is extremely short. I feel a great urgency for things, often to my detriment.

In the studio, I would say finding my own “zone” is really what I’m usually trying to get to. Where what I’m working on sonically sparks an image or connects with a subconscious emotion I can’t use words to reach. Flow state. Then from there, I’m pursuing that original feeling while trying not to mangle it too much by holding it too tightly or telling it what it needs to be.

What is your setup currently comprised of?

Pretty minimal at the moment. I have a Korg N1, a few old Casio/PCM keyboards, an MPC1000, mixer, and a boatload of guitar pedals. Oh, also a MIDI guitar and a Supro Westbury.

Off the top of your head, what’s the one piece of gear you’d never get rid of – no matter what?

I would get rid of almost any piece of gear, but if there was one that would be the last to go, it’s the Korg N1. It has 90% terrible sounds, it weighs about 200 pounds, and I love it. 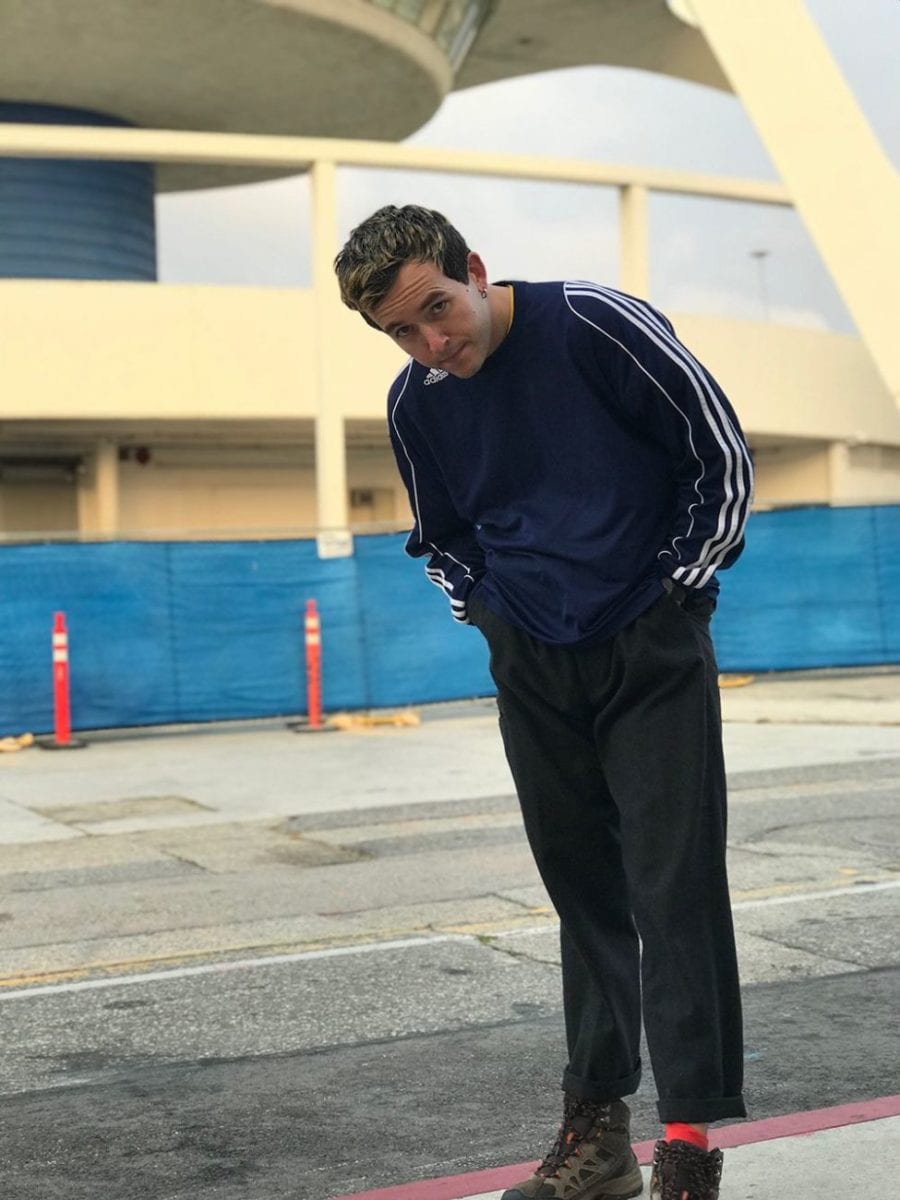 What initially prompted you to start producing music yourself? What/who triggered your interest for electronic music in the first place?

I went to a few raves when I was a teenager and it was the first place I felt accepted, like I could really let it all hang out – like I could make friends with anyone (gay, black, white, whatever) and there really weren’t any lines to cross or cliques to speak of. I still miss that.

From there I started messing around with Acoustica Pro and DJing a little bit when I got to college. Then Ableton, and messing about with that. The first person to really encourage me, though, was my friend Sean, who works at Ninja Tune now. We were both kids when we started working on tracks together, but he really helped me believe in myself and learn how, more importantly, to do it for myself – not anybody else.

The record features two choice reworks courtesy of the one and only SFV Acid and Aussie rising star Roza Terenzi. You said you were involved in the choice of the remixers – how did that take shape?

Yeah I actually set those up before messaging Victor. I’m a big fan of Zane’s and know him a bit, and Katie I e-met through my friend Sophie (who makes music as D. Tiffany), after I found the Roza Terenzi record I went bananas for it.

It’s funny – someone at a big label once said I was foolish for A&Ring my own remixes, but I think the contrary. No one is going to have a better idea than myself of what vision I’m trying to create, and who can expand on that.

Artists should always be encouraged to make decisions for themselves, not have them made on their behalf. That attitude might hurt me financially or materially, but fuck it – I’m trying to advance stuff I believe in.

I try to avoid record stores because I have poor self control – plus I get sent a fair bit of promo now. I visited Bordello A Parigi in Amsterdam last year and got some great stuff, including that amazing Persian record with the FIT Siegel remix. Also, went to Amoeba a while back and was put on to this release called ‘Excursions in Ambience‘ off Caroline Records (1994) by my friend Jesse. That’s a sick CD.

Little things. Meditating, eating well. Looking good, like a new pair of shoes, or a haircut. Spending time with friends and family, and going into nature. Doing things well, like when I’ve recorded a new idea or performed a good set. Making a joke that lands. Good books. Feeling connected. Sex and affection is also important, I think.

What are your plans for the summer? Any Euro tour in the pipeline yet?

I have a gig in San Diego with Bouquet in August, but otherwise am pretty open. Going to start recording a new guitar project in my off-time. I have spoken with Victor and Anete, who is putting out the third Caffeine record on a label called Human Concrete Block, about putting together a late Summer/Fall tour, but am still looking for dates other than London and Lyon. Party people should holler at me!