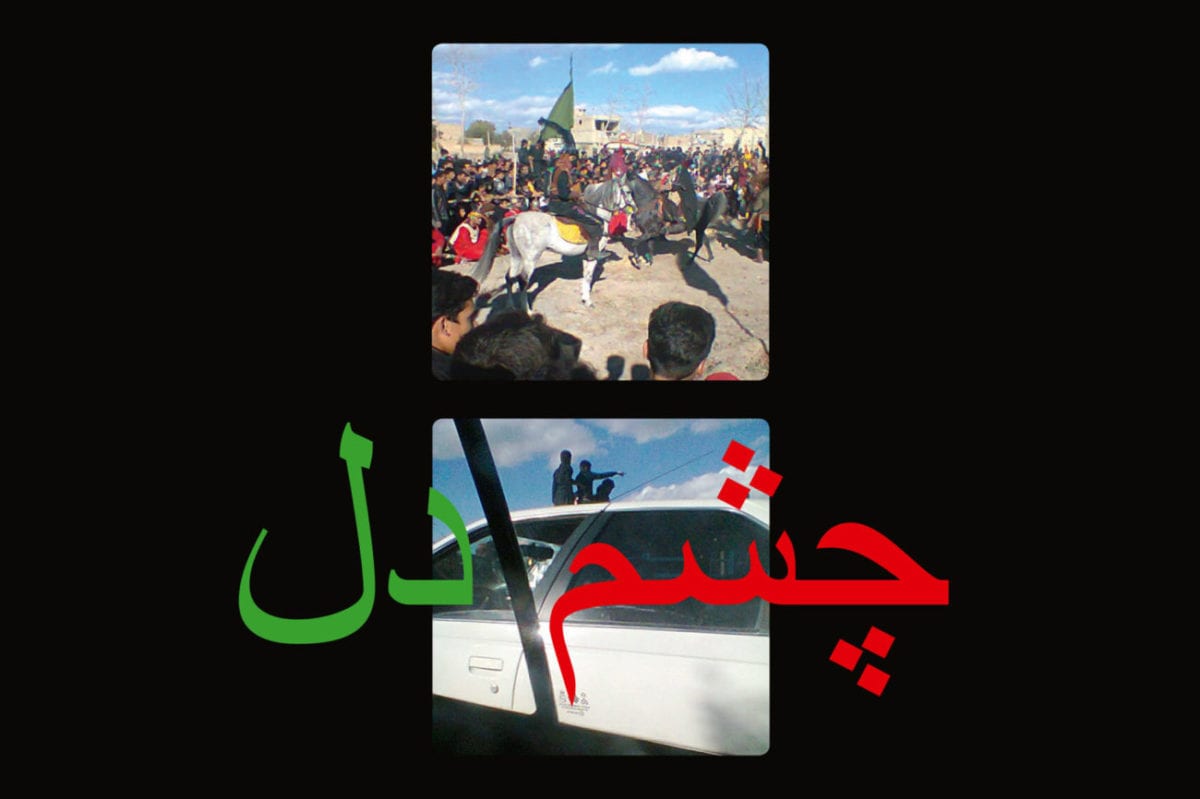 Focused on the future-facing edge of electronic music with releases from label co-founder Louis Vial aka Eszaid, Russian techno whizkid Buttechno and Norin – in addition to a handful of top-notch mixtapes before that, Parisian label Collapsing Market has accustomed us to a certain type of electronics and musical environment that very much contrasts with their new instalment.

Carrying a wholly more intimate charge and historic importance, ‘Tchashm-e-Del‘ is the work of label co-founder Cyrus Goberville’s grandfather Morteza Hannaneh, a famous Iranian composer whose work has interwoven the ancestral spiritual force of Middle Eastern folk music tropes with the sophisticated orchestration that was prevailing in the occidental soundtracks of the ’60s and ’70s.

Digitalized from a tape recording of a performance at Radio Teheran in the ’80s that was given to Cyrus by his mother, this unique recording breaks down the borders between popular and leading-edge music, still transgressive and innovative as ever. We sat back with Cyrus to discuss the making of this very special release as he gives us further insight into his highly singular and fascinating family story. 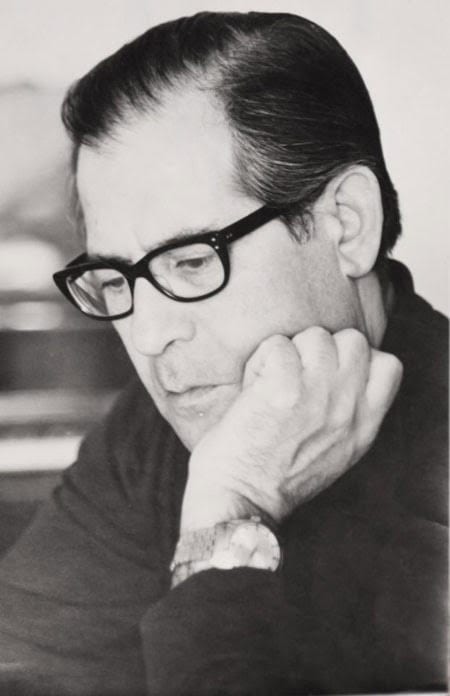 Cyrus, you’re the co-founder of French imprint Collapsing Market. Please tell us more about the label; what prompted you to set it up?

It’s basically the result of my friendship with Louis Vial, who I founded the label with. We met in 2012 and started Collapsing Market a year after that. At the beginning, it was only a platform for mixtapes. We were not very confident with releasing music that early. Last year we released our first EP – a record from Louis – under the alias Eszaid. Then we released several other artists (Buttechno, Restive Plaggona, Norin, now Morteza Hannaneh) but Eszaid is the key artist on the label.

The new instalment radically differs from CLPM’s previous outings and it has quite a unique background story to it, being an album made by your grandfather, Iranian composer Morteza Hannaneh. How did the idea of releasing his music come about?

I was having lunch with my mother last summer, talking about her youth in Teheran before moving to Paris because of the Islamic Revolution. Deepening in her relationship with her father, the composer Morteza Hannaneh, she told me she had some tapes from him. She gave them to me and I started playing them. One was particularly unique.

I called Louis to tell him to come over at my place and listen to it. We directly came to the conclusion that we had to release it on the label, even though it was very different from what we would have expected to release in the first place.

As for the technical process, how did things unfold?

It was very challenging: we had to digitalize the tape, because we had no other recording of it. We wanted to have ‘Tchashm-e-Del‘ sounding genuine on vinyl. Alexis Rodriguez Cancino did a great job on this, keeping the specificity of the “tape” sound at its best when mastering the LP. We also had to cut several parts of the initial recording on Radio Teheran, because there were talks between every track. We decided to remove them and focus on the musical work. 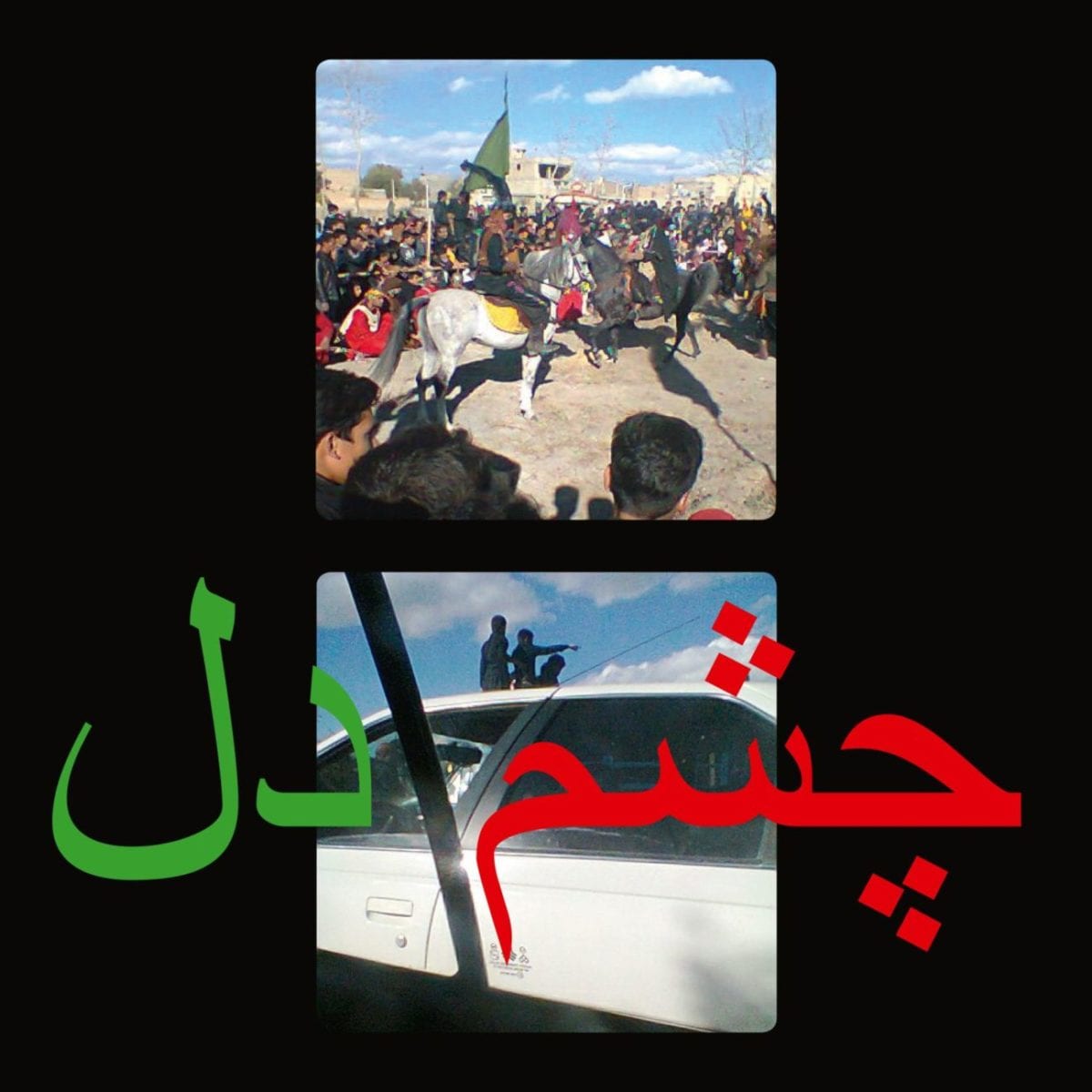 What story does this album tell? In what ways does it speak to you, as a bearer of this strong and deep heritage?

This musical piece goes along with a ghazal by Hatef Esfehani, a famous Iranian poet of the 18th Century. It deals with the founding principles of Sufism, and the theological issue that monotheism implies. All the vocals you can hear in this LP are from this poem.

Titles on the LP are recurring lines from the ghazal. “Tchashm-e-Del” literally means “the heart’s eye”. “Keh Yeki Hast o Hitch Nist Joz Ou” means “There is no one but him, he is the only one” and “Eghlim-e-Eshgh” translates as “Nation of love”.

The musical construction of the LP has narrow links with the poem. A ghazal is a poetic form where subsequent couplets pick up the same scheme, repeating the refrain and rhyming the second line with both lines of the first stanza. That explains the numerous repetitions and leitmotivs in ‘Tchashm-e-Del‘, with recurrent orchestral themes for example.

Did your family use to play the music of your grandfather at home on a regular basis, or was it more of a tacit influence?

My parents are not into music at all, and even less into my grandfather’s compositions. I think my mother never really got into it, because most of her artistic attention was captured by my grandmother, the conceptual painter Behjdat Sadr, who moved to France with my mother in 1980.

I guess his music inflected your musical perspective quite a bit. Remember the first time you really got into it?

To be honest, I’ve been getting into his music only since I got this tape, never before. Surprisingly maybe, my musical education has no links with him.

I guess you didn’t get to know your grandfather much since he passed away in 1989, but what legacy did he leave you, musically and humanly speaking?

I’ve never met him, he died before I was born. So it is not strictly legacy, but it’s very interesting to see how many common features I think we have in our vision of music. Morteza Hannaneh was very focused on modernism in traditional oriental music.

For example, he set some Koran suras to music, which is totally forbidden in Islam and had never happened in Iran before he did do it. This is a form of transgression I truly admire and that influences me: keeping up with traditions and history in order to get something pioneering. 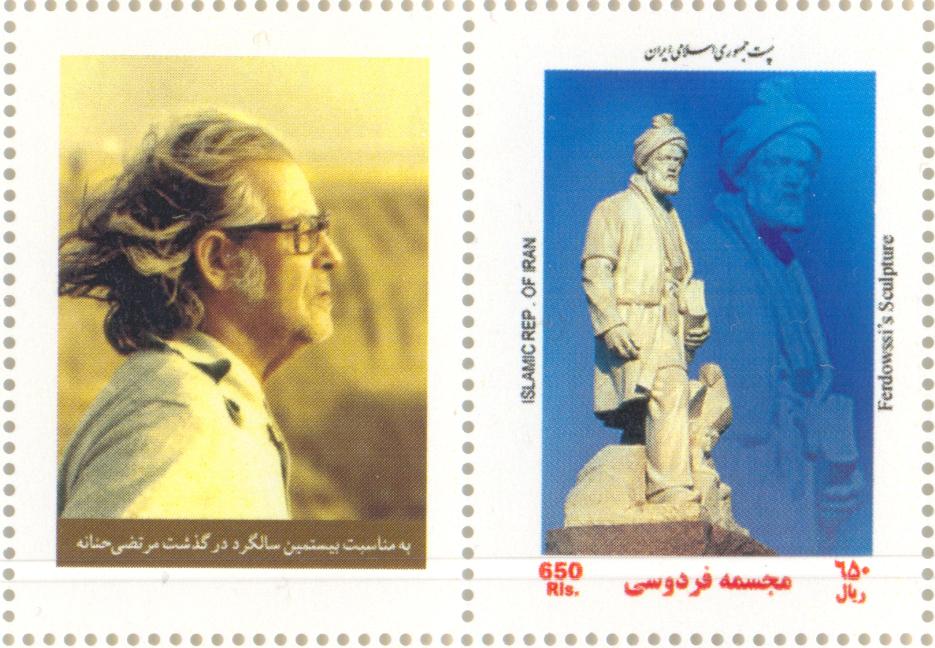 Is it safe to say Collapsing Market shares the similar endeavour of taking down barriers and melding a wide array of influences?

This is definitely true. We are keen to make the bridge between times and styles. Actually Louis and I are sharing a very similar vision of modernity, which is first of all an aesthetic concept. I think it’s the bond of our friendship as well as Collapsing Market artistic path.

We’ve always been interested in contemporary cultural movements (with a very large scope, from music and arts to politics and sociology), but always considering that every form of progress implies regrets. That builds our melancholic approach to creativity: definitely modern but resisting to modernity, and hopefully converting a political marginality and an ideological handicap into an aesthetic asset.

What about the artwork? How did you come to collaborate with Thomas Jeppe?

I was very attached to the idea of working with someone who had already been to Iran for the artwork. It’s very striking to see how people’s vision of Iran is completely based on its relationships with the western world, and that this vision radically changes once they’ve been there. The media analyse the Middle East focusing only on foreign policy concerns and global affairs, which removes local specifics and the cultural wealth of these countries from the equation. Besides of film, Iran has been a very prolific country for arts, music and literature for centuries.

Due to this bias, I think very few people actually consider relativism in a cultural approach, even if everybody is pretending to. Fortunately Louis does, even if he has never been to Iran, he always needs to question social processes. That said, we’ve decided to get an artwork that will say something different about Iran, and to avoid Orientalism and conventional exoticism, which would have been very easy to do and meaningless.

I’ve contacted Thomas Jeppe, knowing he had exhibited in Teheran at Sazmanab Contemporary Art Center in 2015. Back then he made several research trips to Iran. The images from this record and the limited publication coming with it were made during these trips with Manuel Bürger. It shows the Ashura procession in small villages in Iran, and highlights the very theatrical and musical dramatization of the passion play Ta‘zieh, relating the suffering and the martyrdom of Husayn ibn Ali, third Shi’ite Imam.

It’s a very weird commemoration, where frontiers between the play and reality are blurred: the person starring the martyr Husayn needs to be someone very important in his village, and the audience is often very moved by the killing part of the play. Abbas Kiarostami made a very interesting movie about the fascination of Iranians watching Ashura in the early 2000’s.

The religious and theatrical features of Ashura had obvious links with the record. The combination of the artwork and the music mixes modern and classical references, as western and eastern cultural aspects.

Working on the booklet coming with the LP, we are very late!