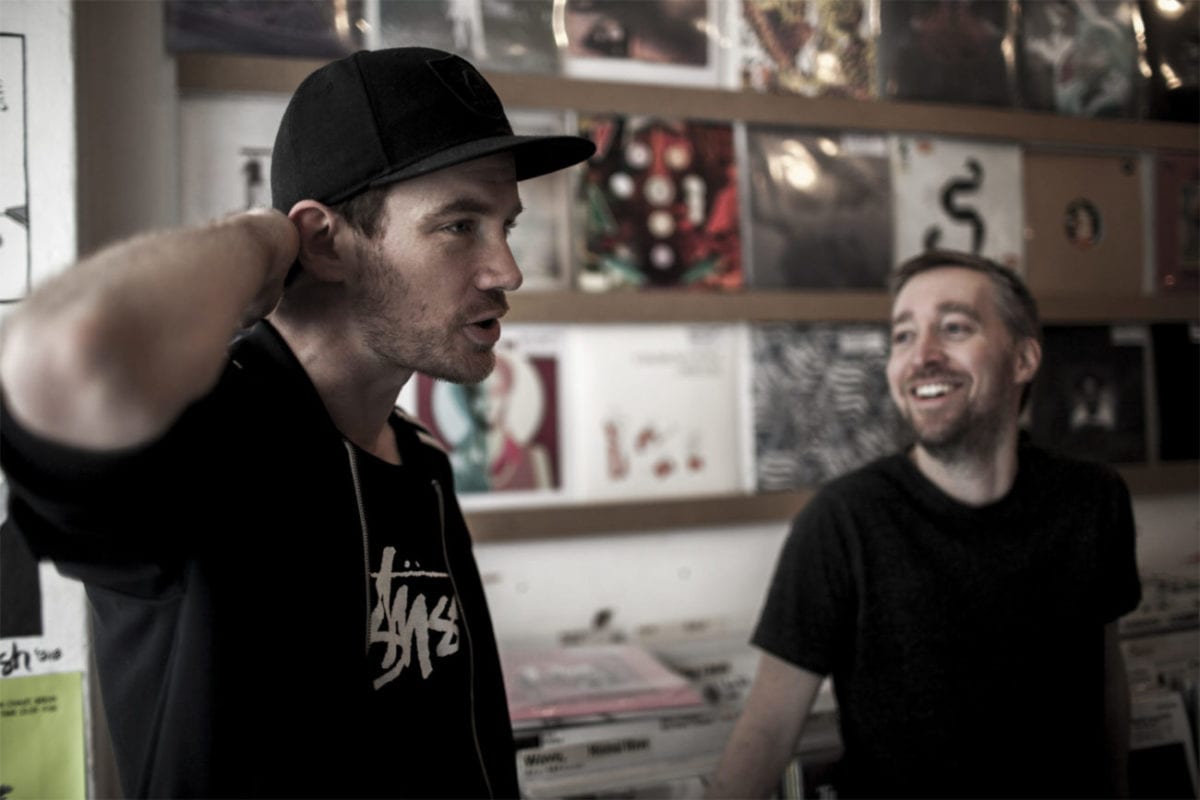 Ahh the sun, deckchairs, cocktails and packed terraces… Summer is upon us and with it, a new album from everyone’s favourite Hamburg-via-Berlin based production duo Session Victim. For their third LP, Hauke and Matthias return to Jimpster’s Delusions Of Grandeur after ‘The Haunted House Of House‘ and ‘See You When You Get There‘, respectively released in 2012 and 2014.

Formed from track sketches and fragments initially put into action as extra spice and zest in the live sets they traveled throughout a couple US tours last year, then assimilated back in their German studio as proper working base for a full-length, ‘Listen To Your Heart‘ finds SV at their best, melding an entrancing jazzy-house vibe with proper rousing funk-soaked beats and chill Chicagoan grooves.

We caught up with Hauke and Matthias as they lift a corner of the veil on their studio process, touring and recording as well as their special relationship with DoG, inspirations and the raison d’être of their new album. Stream ‘Listen To Your Heart’ in full down below.

‘Listen To Your Heart’ is your third album for Jimpster’s Delusions of Grandeur. What’s been the starting point to this fruitful collaboration? Can you tell us how you guys met for the first time?

Jimpster got in touch with us right after we had our ‘No Friends‘ record out on Real Soon. We were stoked about getting props from him, as we both had been huge fans of his ‘Nepalese Bliss‘ remix. We stayed in touch and a few months later he played in Berlin and asked us to come. When we finally met in person he told us about this new label the Freerange Crew had started and said he was interested. By that time, we had already bought the first 6th Borough record without knowing anything and loved it.

Please tell us more about it? What is this album about?

We have been working on this album for a whole year. We tried not to take on any other projects and just jammed and jammed on stuff for a long time, trying to follow our instincts rather than think about it too much. When we had finished ‘See You When You Get There‘, we threw out 2 or 3 tracks at the end – this time we had a lot more material ready to choose from. That took out a lot of the stress we had during the making of the 2 albums before.

For some reason we both thought in the beginning, that there would not be that many clubby tracks on it. We were in Australia when we received the masters and with a few weeks away from the songs, we were a bit surprised of how friendly and sunny the whole album feels to us now. 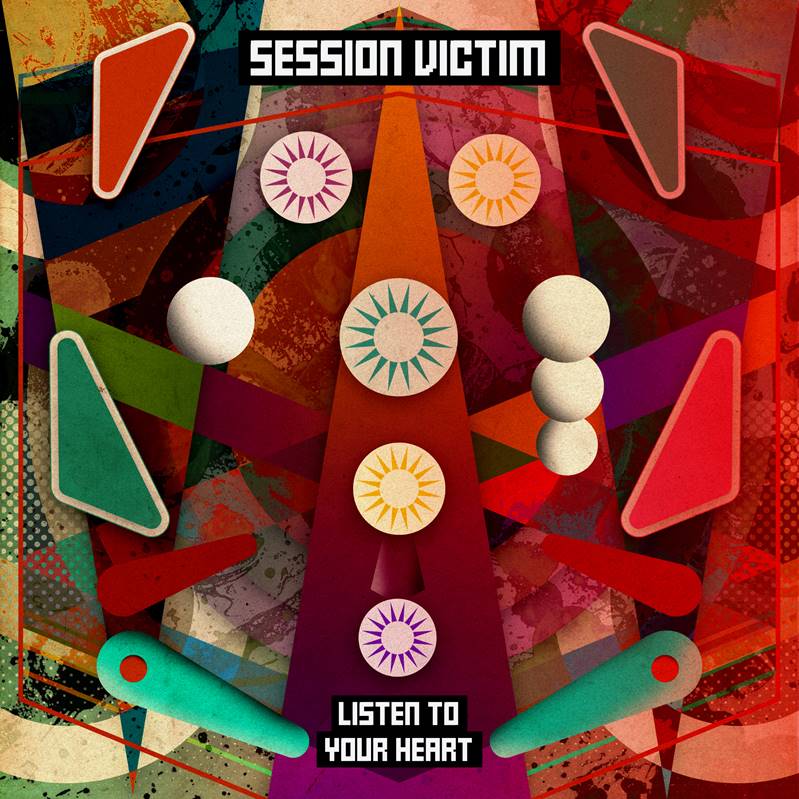 The album is presented as a product of the road. How does travel and touring inflect your creative process?

The road thing came up because since our last album we started to incorporate rough sketches and musical ideas into the live show more and more and improvise with them. We learned that often it helps us a lot with developing a general feeling for the dynamics and arrangement.

Your two US tours from last year seems to have had an impact on the way the album sounds. The influence of the US house sound is perhaps more palpable than ever…

Well, you have to tell us. The time we spend in the US has a great effect on our music generally for sure. First of all because on the last two albums we have worked partly in an amazing studio in San Francisco. Also, the amount of interesting $2 records you can pull out of Amoeba alone is crazy. Most of all it’s our friends and the great musicians and DJs we know there who inspire us.

Where did you draw your inspiration?

There we go! (laughs) I feel this question always leads to a corny answer. Let’s say record stores, jam sessions in several studios and rehearsal rooms and pinball machines.

The album features parts from a varied cast of musicians, including former International Pony member Carsten ‘Erobique’ Meyer. How was the recording and arranging process?

We always love to jam with people and in Carsten’s case it was very rewarding. He has a very similar feeling for funk and groove as Hauke and I do, so playing and recording together is great fun and everything came together naturally. We also just did two shows in Hamburg and Berlin with him on keys and we all went wild! 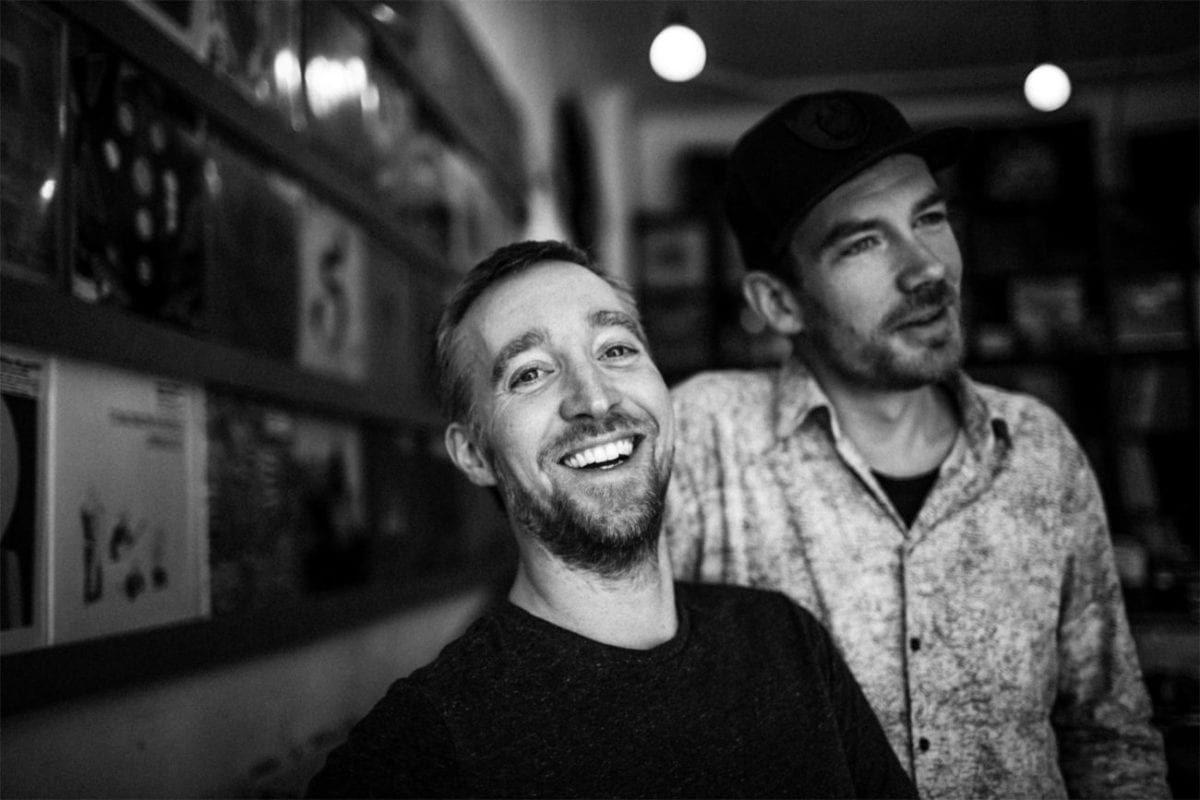 What’s your studio comprised of at the moment?

Nothing super fancy really, a few samplers, synths, drum machines, effects and guitars. Oh, and a lot of records of course.

What’s that essential piece of equipment you’ll never part with and why?

Matthias: My ESP P-Bass. That’s the thing I’ve owned the longest and that I can play best.

Hauke: The Moog Lowpass filter, as it became an integral part of our production process and gets used in most songs.

Busy and we can’t wait! Especially looking forward to Love International in Croatia, but it feels like there’s a lot of fun on the way right now. We will be playing records and our live show all over, hope to see you when you get there.

Listen To Your Heart is released via Delusions Of Grandeur on 2nd June, order a vinyl copy from Juno.

Discover more about Session Victim and Delusions Of Grandeur on Inverted Audio.