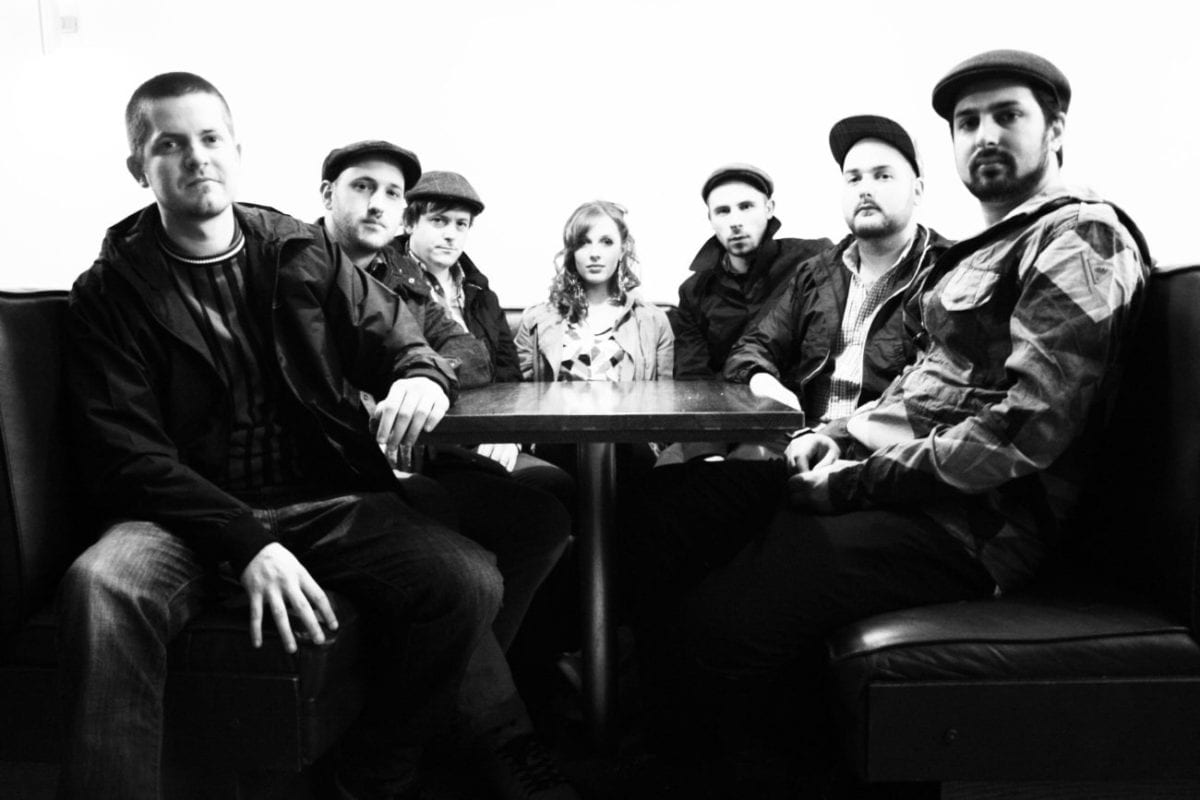 Comprising of individually established musicians and producers, ‘Submotion Orchestra’ has no shortage of talent within it’s ranks. After forming in Leeds around 2008 and putting their skills to the test in the cosy backrooms of student bars and clubs, a sound that fuses modern bass music, classical orchestral arrangements, and jazzy rockers dub was born.

After catching the bands brilliant performance at WOMAD Festival last weekend, there is no doubt in my mind that their stellar rise to success, including BBC Maida Vale sessions, a long list of tour date’s and appreciation from the likes of Gilles Peterson, makes them some of the most deserved characters to enjoy the limelight this year. We caught up with the band to discuss how this all came to pass, and what the future holds.

First things first – would you like to introduce yourselves and tell us something about your musical backgrounds, how you met, and where it all started for Submotion Orchestra?

The band was started by myself Tommy Evans and DJ/producer Dom ‘Ruckspin’ Howard in Leeds several years ago after a project at Yorkminster Cathedral. We handpicked some of our favorite musicians in Leeds to join the project – Ruby Wood (Vocals), Bobby Beddoe (Trumpet), Taz Modi (Keys), Chris Hargreaves (Bass) and Danny Templeman (Percussion). We started by jamming out ideas in a tiny bar called Hukaz in Hyde Park, Leeds and gradually the concept and our ‘sound’ began to develop.

What was your inspiration for forming Submotion Orchestra?

At the time I was playing a lot of dub and jungle but also a lot of jazz. I wanted to find a middle ground somewhere. Dubstep was beginning to emerge and seemed a completely untapped genre as a live artform and a perfect starting point for a new project.

Your sound is inclusive, embracing both the acoustic and digital aspects of music. Are there any influences or contemporaries you can cite as being pivotal in this development?

That’s the beauty of having a band co-run by a producer! We have important influences from all sorts of musical genres. The most obvious in terms of our ‘sound’ would be people like Cinematic Orchestra, Portishead and Massive Attack. However, I would suggest that more important influences have come from people as diverse as Mala, Iration Steppas, Gil Scott, Brian Blade, Joni Mitchell, The Beach Boys, Debussy, DJ EZ, Destinys Child, Burial, Gentlemans Dub Club, Adele, Stevie Wonder, John Coltrane, Avishai Cohen, SeeMore Productions, anything on Ranking Records, The Beatles, Steve Reich, The Roots, John Martyn, Bonobo, Lonnie Liston Smith etc etc

There is an intriguing mixture of instruments and timbres going on as well, is there a particular aesthetic which lead to your choice of instrumentation, or were other factors at play?

We would love to have a string quartet, backing singers, horn section, harp and all that shit but its not particularly realistic at this stage! When we first started jamming it was with drums/bass/fx and keys. We quickly realized that we need percussion to take care of the top end, then we wanted to have the option of doing songs so asked Ruby to join (without ever having heard her sing!), then wanted to get a horn in so added trumpet.

The sound kind of evolved into what it is in such an organic way that none of us really noticed it happening. I think to start with we were aiming for a more dubstep sound but it has turned into something much more interesting and diverse then that.

There is also a degree of genre-blending going on: how would you define your sound? Do you think it is important to classify your sound, or would you prefer to let it speak for itself?

Call it what you want. For the cynics it’s watered down dubstep/coffee table/lift music crap. For us it’s an attempt to inject some soul in at 140. It’s been described as ‘Soulstep’ before which although doesn’t exist is pretty close. Gilles Peterson reckons its ‘somewhere between Cinematic Orchestra and Dubstep.’ – which again is fairly accurate. What’s increasingly interesting to us is that the music works in virtually any venue and to a massive range of audiences. We have played gigs in jazz clubs, concert halls, churches, at club nights, festivals, at reggae dances and at raves and it doesn’t seem to be out of place anywhere.

Many readers will be interested to know how you go about writing your music: do you write or produce songs before you rehearse them, are they improvised before being formalised, or would you say it was a combination?

It’s a mix. Sometimes Ruckspin brings something to the group that is ready to go (Sunshine/All Night), other times we jam stuff out and in turns in to a tune (Pop n Lock/Backchat) but I write most of the material. (Finest Hour/Angel Eyes/All Yours). I’d say about 80% of the stuff I write gets locked before we even try it with the band – they are a hard bunch to please!

In 2010 you released an EP, and do a string of festivals; this year you are releasing your debut album and are doing a multi-date tour: things are moving pretty fast! Did you anticipate things moving so quickly? How prepared were you for the ride, how has it been so far, and what have been your highlights?

Last year was cool but this year has been ridiculous. We have done a live session for BBC Radio 1, done a two-week UK tour in March that we were expecting to be a bit shit but turned out to be a sellout tour – we didn’t realize anyone knew who we were! The album came out and has done really well, we have done a load of festivals and have a load more to do over the summer, have a live session for BBC Radio 2, then will be touring UK and Europe in October. Banging.

What can we expect from SMO in the future? How far do you see yourselves taking the music, or the music taking you?

Because the music is so varied and there are so many influences to the music we see what we have done so far as just the tip of the iceberg. We will release a second album in the next year or so, but in the meantime we hope to do lots of collaborations with lots of very varied artists – from grime MC’s to choirs and anything in between – if you wanna have a play then get in touch with us!

It’s an interesting time for dubstep because it has recently gone from being ‘underground’ to ‘mainstream’ and therefore may have lost the cool factor. This said it has without doubt made the biggest contribution to dance music since drum and bass and I see no reason why it should have the same longevity as styles like DnB, house, hip-hop etc. I have no idea where we fit into that but I hope we will.

Finally, are there any other projects you are involved with individually which you’d like to mention?

Everyone in the group has a whole load of side-project they are in. I play with dub band Gentleman’s Dub Club, jazz sextet IDST and I run my own 14 piece orchestra- the Tommy Evans Orchestra. Ruby has just been on tour singing with Bonobo and also plays in countless other projects, Taz has worked with a huge range of artists and projects most recently Mayor Hawthorn and Alice Russell, Chris is an in-demand session bass player and also runs the live grime group Foot:Clan, Danny used to tour with Breakestra, Bobby has got the Leeds jazz scene locked and Dom Ruckspin is internationally recognized producer and DJ.