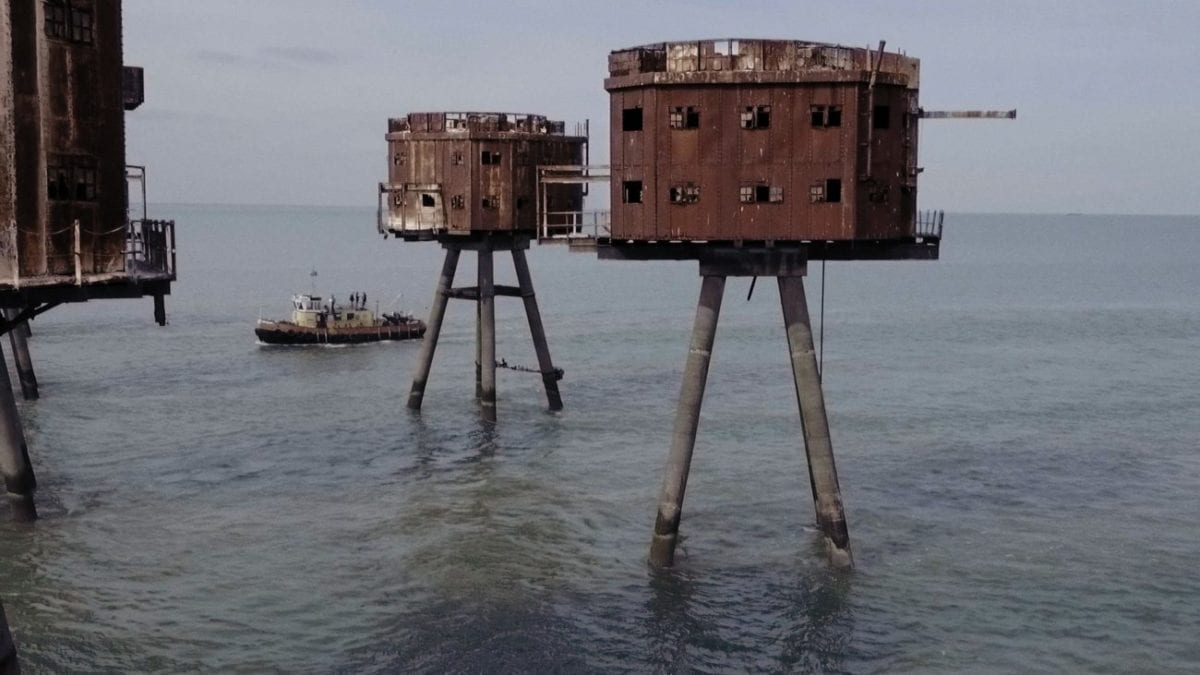 The film focuses on Paul exploring the Maunsell Sea Forts located in the Thames estuary, equipped with a Shure Mv88 MOTIV Digital Stereo Condenser Microphone made for iPhone with the sole aim of recording anything and everything, from ocean ambience, creaking iron doors, metal lampshades and discarded machinery.

Built during World War II, these majestic towers rise from the sea like rusty invaders from the mind of H.G. Wells – decaying reminders of the darkest days of WW II. Decommissioned during the 50s the towers are just as well known for housing several pirate radio stations during the 70s.

The sounds and rhythms Paul recorded were then converted into audio samples and two original tracks were created, forming the soundtrack for the film. ‘Radiator Beat‘, does exactly what it says on the rusty tin. A drumstick dragged along a radiator was later looped and layered over live drums. The segment was then cut back into the film to soundtrack the scene.

The second track ‘Maunsell‘ was produced by the Bonafide Content studio, using more hits, and recordings from within the Fort. Old bits of metal, a stool, a door slamming, rattling masonry, all were looped and layered. The track was then cut into the first half of the film during the reveal shot of the Fort. A crude but useful demonstration of what can be achieved using found-sounds. Listen back to the tracks and field recordings below.