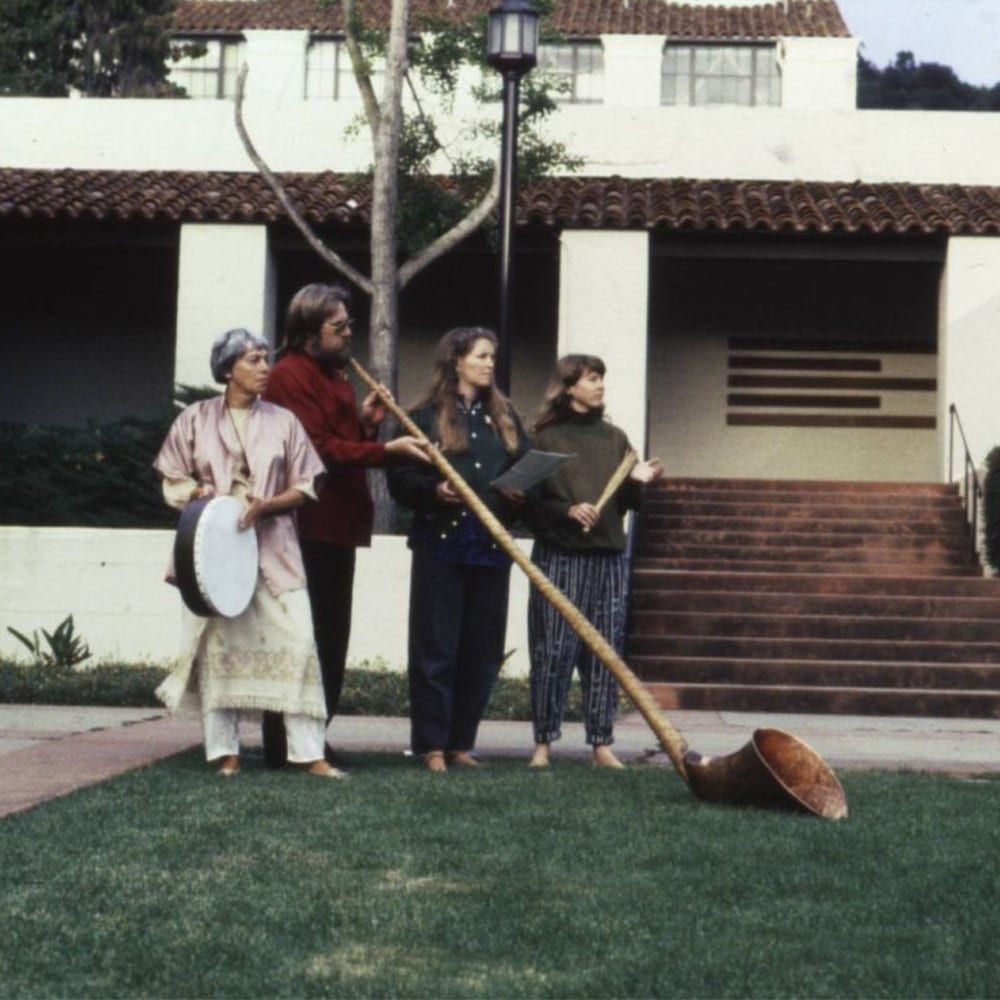 The recent passing of acclaimed author Ursula K. Le Guin in January shook the literary world. Working most notably within the realms of science-fiction and fantasy, Le Guin crafted works of elaborate imagination that used fantastical worlds as a mirror to reflect upon our own, influencing not only those in her own field but artists working across all disciplines.

With Le Guin’s endorsement and the encouragement of her family and friends, RVNG Intl. sub-label Freedom to Spend have been working towards a reissue of a collaborative cassette album produced with Oregon-based composer Todd Barton in 1985. “Music and Poetry of The Kesh” was conceived as an accompaniment to her 1985 novel Always Coming Home. 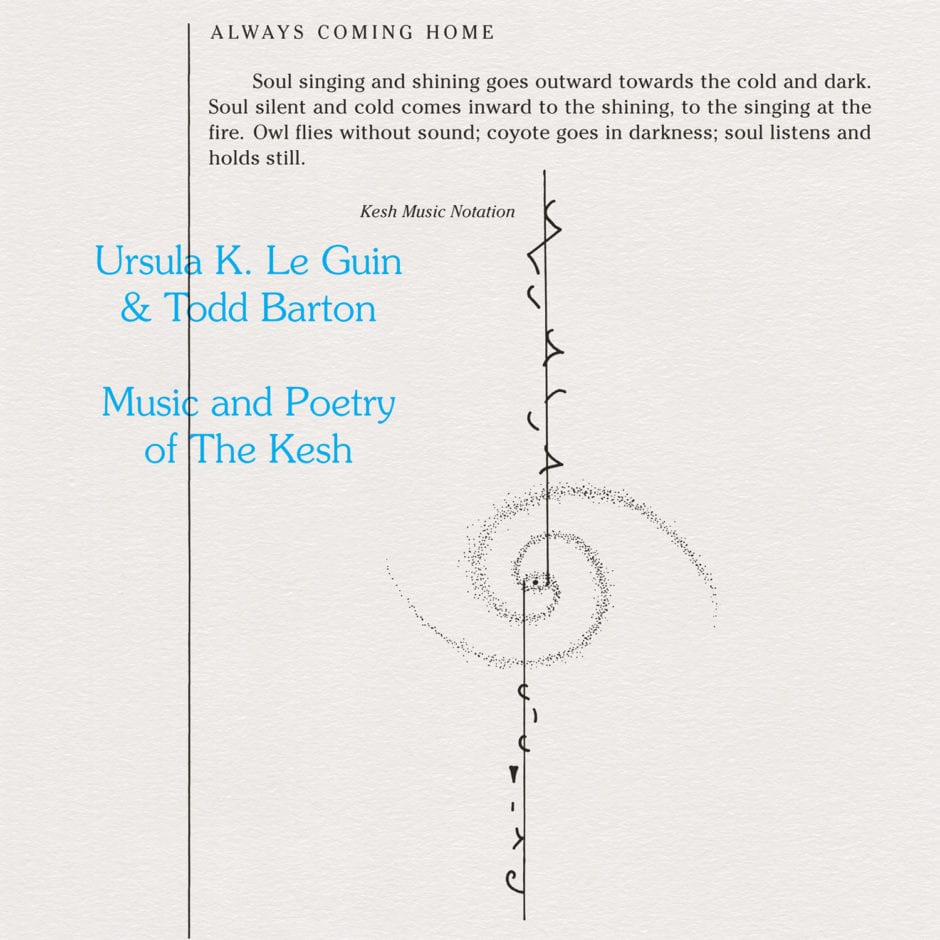 The novel weaves elements of fantasy, science-fiction and anthropology together to conjure a post-apocalyptic narrative that centres on a fictional society named the Kesh. A faux-ethnographic work that documents the Kesh in the style of an anthropologist, the book included descriptions of their language, customs and way of life, and was originally distributed in a box-set with “Music and Poetry of The Kesh”, a set of poetry, indigenous song and ‘field recordings’.

Composed by Todd Barton with words and lyrics from Le Guin, the material is nonetheless credited to the Kesh themselves and intended to invoke their “spirit and tradition”. In writing the music, Barton immersed himself in their fictional landscape, building and teaching himself to play several new instruments designed by Le Guin, including a “seven-foot horn known to the Kesh as the Houmbúta”, and the “Wéosai Medoud Teyahi bone flute.” This imbues the work with a mystical, other-worldly air, bringing to mind the Jon Hassell and Brian Eno’s “Fourth World: Vol. 1″, a similarly abstract exploration of an imagined place.

‘Music and Poetry Of The Kesh’ will be available in both LP and digital formats on 23 March 2018. Pre-order here.

Discover more about Freedom To Spend on Inverted Audio.