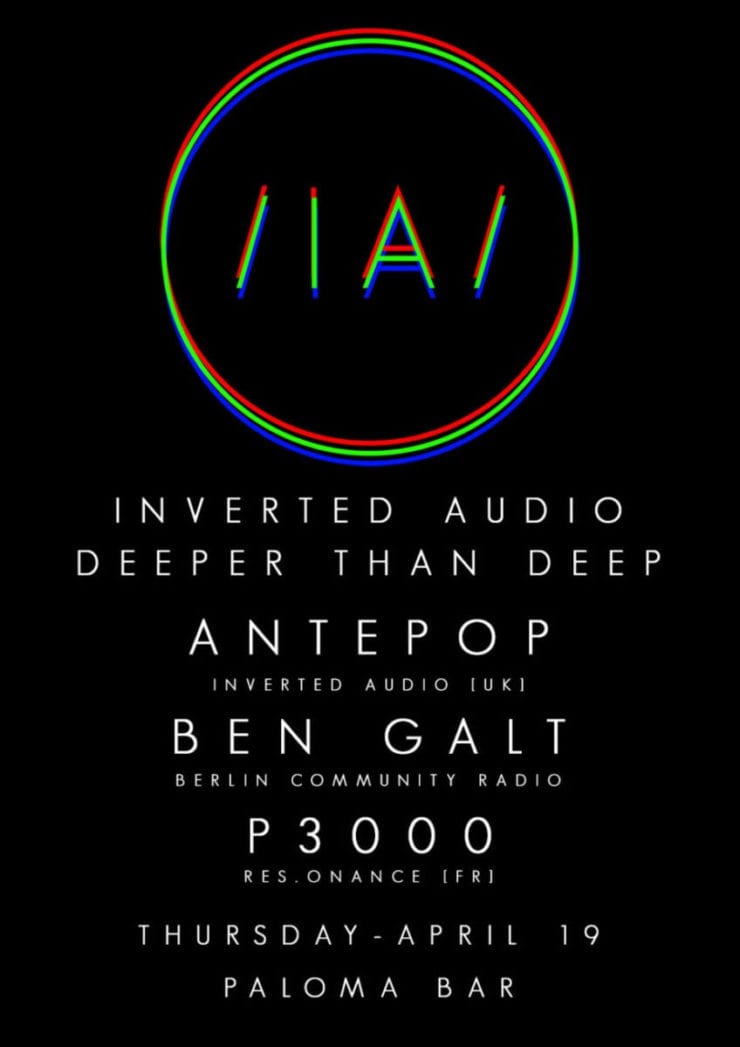 Focussed on exploring the deepest shades of electronic music, Deeper Than Deep will serve as a showcase to all things ambient, downtempo, electronica, deep house and experimental techno – sweeping a wide-ranging palette of mental states, colours and moods to get you in the zone swiftly. Vibes galore guaranteed. Entry is €5 (OTD).

Under the alias of Antepop goes Tom Durston, founder and editor-in-chief of London-based music magazine Inverted Audio. Practicing his art through vinyl grooves only, his selections give full vent to extended blends of widescreen electronics, rugged techno and deep house. If Jungle and Drum & Bass were his first love, Antepop went on to explore a more diverse spectrum, drawing in the far-reaching scope of Inverted Audio’s coverage the essence to reinvent himself time after time.

Ben Galt is an Israeli born, now Berlin-operating DJ. Having lived in the German capital for the past two years, Ben recently landed a monthly residency on Berlin Community Radio that embraces everything groovy: from world music to house and soul music, onto breakbeat and techno.

P3000 is co-founder of Parisian crew Res.onance – having grown up in Paris, the Frenchman learnt his trade at reputed local clubs such as Garage, Batofar, à la folie, Supersonic and Zero Zero. Expect a choice selection of punchy grooves and rowdy bass lines.