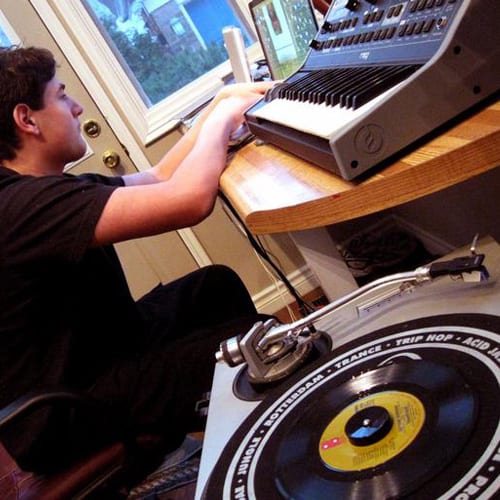 Jesse Futerman is from Toronto. We’ve been in contact with Jesse since the summer of 2009. I’ve been a fan of his music ever since he sent me some of his tunes, which considering he made some of them at the tender age of 16, seemed a little too good to be true. However after a few emails and chats with Jesse over the internet it became apparent that he wasn’t joking at all.

There’s this flow to his music which just really stands out, its made up of the finest elements from soul, jazz, R&B and of course hip-hop, truly smooth music. His remixes float somewhere in the outer stretch of the known remix universe, like a bionic rainbow ready to set you on fire.

Jesse has provided us with 3 tracks for you to enjoy in the player, he’s also selected his top 10 of 2010.