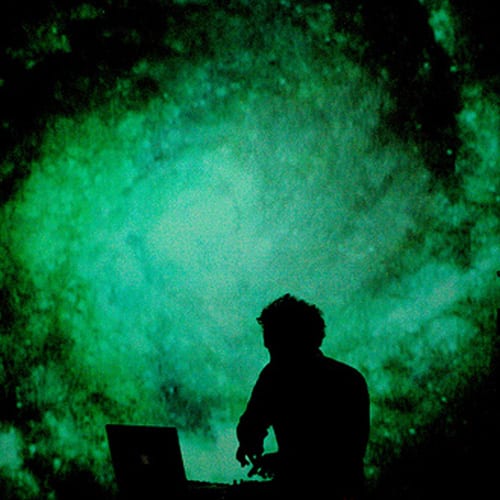 Since Flying Lotus transmitted his crunking electronic beats from the hazy streets of Los Angeles Take AKA Sweatson Klank has been has been steadily cranking out high quality productions over numerous labels since 1999.

Originally a native of Paris he moved to Los Angeles at the tender age of 5. Since then he’s traveled all over the place, but it seems Los Angeles is most definitely home for him. He started DJing when he was 18 and from there his interests in production grew and grew. He bought a drum machine and tried to recreate drum beats on his favorite hip hop records. Little did he know that his little Boss drum machine wasn’t going to replicate the dusty crunchy drum sounds of his favorite producers.

In 2009 Take released Dublab’s fifth mix CD named ‘Sweatsons Trajectory’. It’s an eclectic blend of some of his favorite rare 70′s electronic records, unearthed psychedelic avant-garde madness, and of course the BEAT music of our current times. It features tracks from the likes of Flying Lotus, Joker, Dorian Concept, Ras-G, Floating Points and Nosaj Thing. It’s a truly incredible mix, check it out at his page on Dublab.

“2010 was an incredible year for music. For me, these were some of the many albums i listened to again and again. When I’m not making music, I really enjoy listening to stuff that is as different  from my own style as possible. Melody, emotion and rawness are some of the attributes that really draw me into an album. I like to be transported to another mindset when I listen to an album and these 10 did just that for me in 2010.” [Take aka Sweatson Klank]

Take has provided a track from his debut album ‘Only Mountain’ as well as his most listened to top 10 albums of 2010.