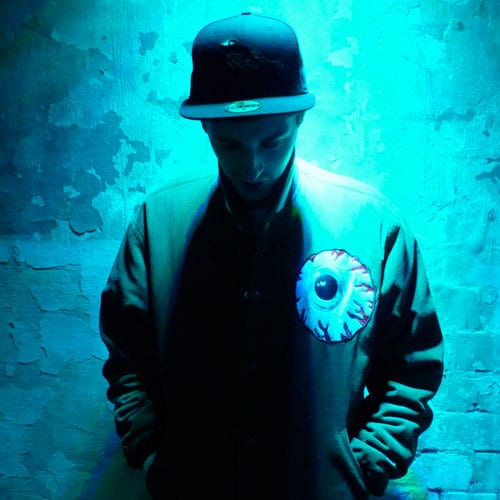 Bok Bok AKA Alex Sushon is co-founder of London based club night and record label Night Slugs. The two label founders Alex Sushon and James Connolly AKA L-Vis 1990? originally set out to inject fresh blood into the UK bass scene when they launched their first club night at the Redstar in south London’s Camberwell in March 2008.

Since it’s inception the Night Slugs imprint has quickly established itself as a mainstay for the increasingly burgeoning UK bass movement. The label has already been heralded as a vanguard of a new school of underground club music producers, free from formula and geographical boundaries while staying true to the UK soundsystem culture (in particular, grime) that birthed the label.

2010 saw the label release ten 12″ on the main Night Slugs series, four in the white label sub-series, and a CD compilation ‘ Night Slugs Allstars Volume 1’. Their formula to their success is to simply put more quality dance singles than anyone else, UK or otherwise, and doing it organically; releasing music from friends that they’ve made doing the Night Slugs club night. Undeniable anthems by Mosca, Girl Unit and Jam City are just the tip of the iceberg.

“Since I put out all my favorite music of 2010 myself, it’s a bit unfair for me to include Night Slugs releases in with other stuff, so I’ve made two halves to my chart.” [Bok Bok AKA Alex Sushon]