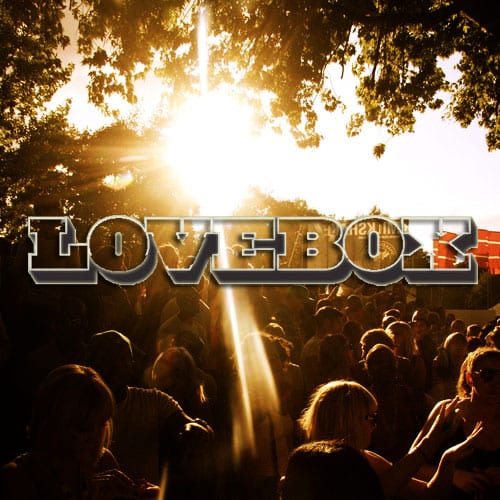 It’s hard to imagine now that Groove Armada’s Lovebox started out life 9 years ago as an unassuming resident night at a Brick Lane club, 93 Feet East. But though they soon up-scaled in venue (to the present location, Victoria Park) and duration (now Friday-Sunday) my visit to 2011’s Saturday extravaganza proved this is one festival that definitely hasn’t sold its soul. Despite negotiating a sell out crowd due to a certain Snoop Dogg headlining and, typically, inclement conditions rendering the ground borderline bog in places, I was able to track down and witness some of the finest DJ performances I’ve seen in London for many a year, taking full advantage of uncommonly high quality (and loud) sound across each of the arenas.

Starting at the uncovered Mulletover arena, we were treated to Canada’s men du jour Art Department unfurling a scintillating 3 hour set, seamlessly traversing much of their own material (including, naturally, last year’s peerless ‘Without You’), a healthy dose of recent Not Natured/Crosstown plus a host of bonafide house classics to boot. Ladies’ favourite Seth Troxler was hot on their heels with a well-executed performance that, thankfully, eschewed some of the cheesier touchstones of his recent Summer shows, while Mulletover head honcho Geddes was, as expected, utterly flawless – including serving up one of the day’s highlights by dropping Kenny Dope’s ‘The Bomb’, which seemed to quite literally bring the sun out from behind the clouds for its entire duration.

Over in the pitch black NYC Downlow tent things were moving from deep to positively subterranean, with the Warm and Electric Minds crews combining to deliver a beautifully-programmed smorgasbord of musical delights; slo disco don Mark E showcased his new Spectral-influenced vibe, bass music weirdos Floating Points & Appleblim defied lazy categorization (as ever), analogue tyro Motor City Drum Ensemble went unusually acidic on us, while Kristian from Ame showed he can easily go it alone if needs be. It would take too long to fully convey the scope and depth of their sets, but suffice it to say all absolutely smashed it for a discerning and appreciative crowd, and like many of my fellow revelers, I was loath to leave the Downlow for the rest of the day. So I didn’t.

Another year, then, and another resounding Saturday success for London’s pre-eminent music festival.