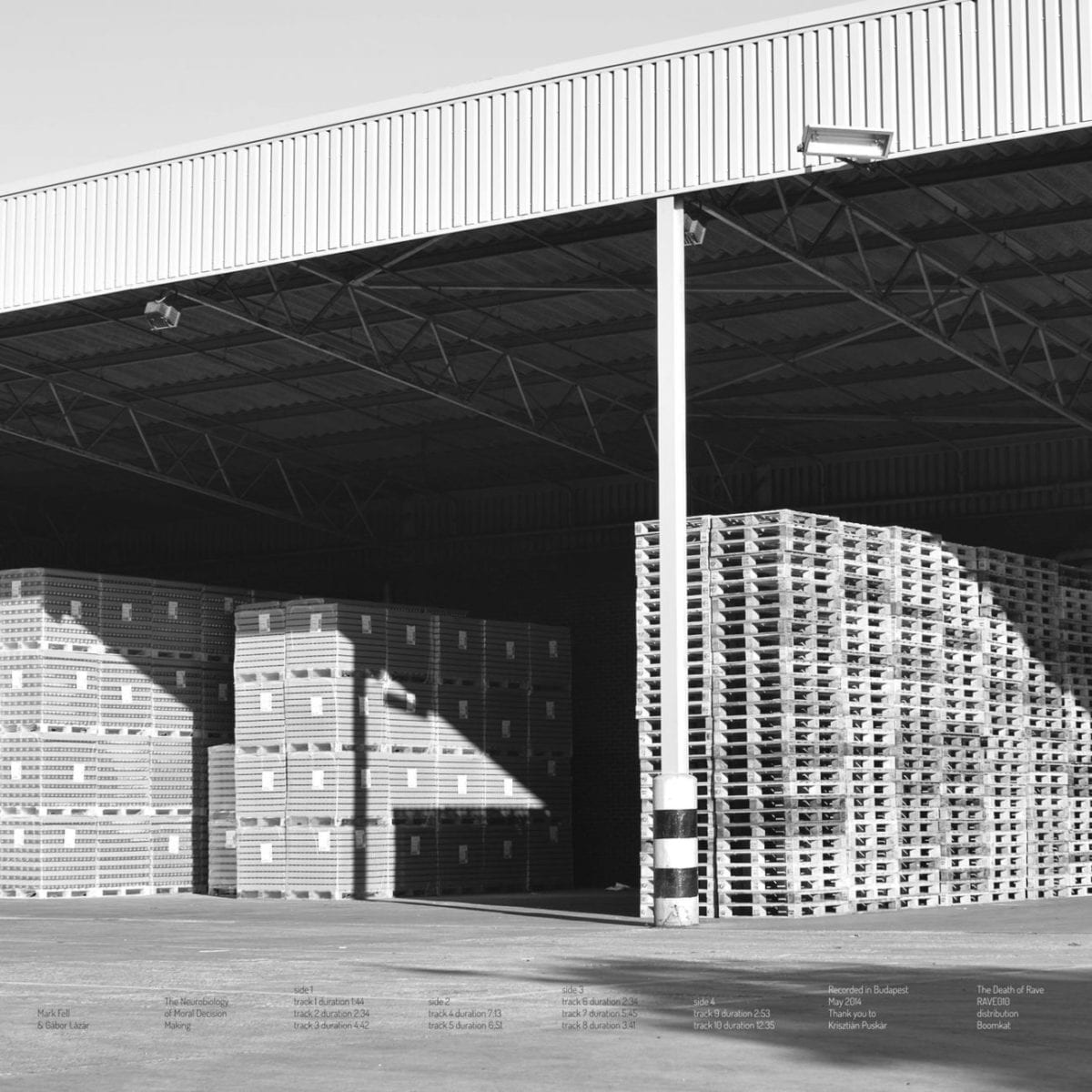 Yorkshire-based sound artist Mark Fell has collaborated with Budapest based musician Gábor Lázár to release ‘The Neurobiology of Moral Decision Making’, the 10th release for The Death of Rave, scheduled for release on 11th May 2015.

‘The Neurobiology of Moral Decision Making’ explores a radical re-calibration of conventional meter and tone in modern electronic music, probing specific aspects of Max/MSP software with the potential to acutely challenge our perception of time and space.

They range from precision-tooled 2-minute scrambles to swaggering showpieces, culminating in what has become a meme for Mark Fell albums with the uncannily emotive closing statement – a 12 minute masterstroke consolidating all the album’s ideas in one breathless, beguiling arrangement.

If music can be considered a catalyst for social change, what are the implications of this mutant record? Considered in terms of the dancefloor, it mirrors the muscle-memory re-programming impact of OG hardcore & jungle or Chicago footwork – think of scattered bodies attempting to synch with new, accelerated and “irregular” rhythms – offering a freedom of expression and interpretation that’s typically scarce in most grid-locked musics.

Likewise, the inversion of melodic convention in favour of warped, dynamic contours and visceral, psycho-acoustic timbre offers a sharpened grammar of emotional expression and sensation that doesn’t wilt to ordinary sentiment.

‘The Neurobiology of Moral Decision Making’ is set for release on 11th May through The Death Of Rave.

Discover more about Mark Fell, Gábor Lázár and The Death Of Rave on Inverted Audio.