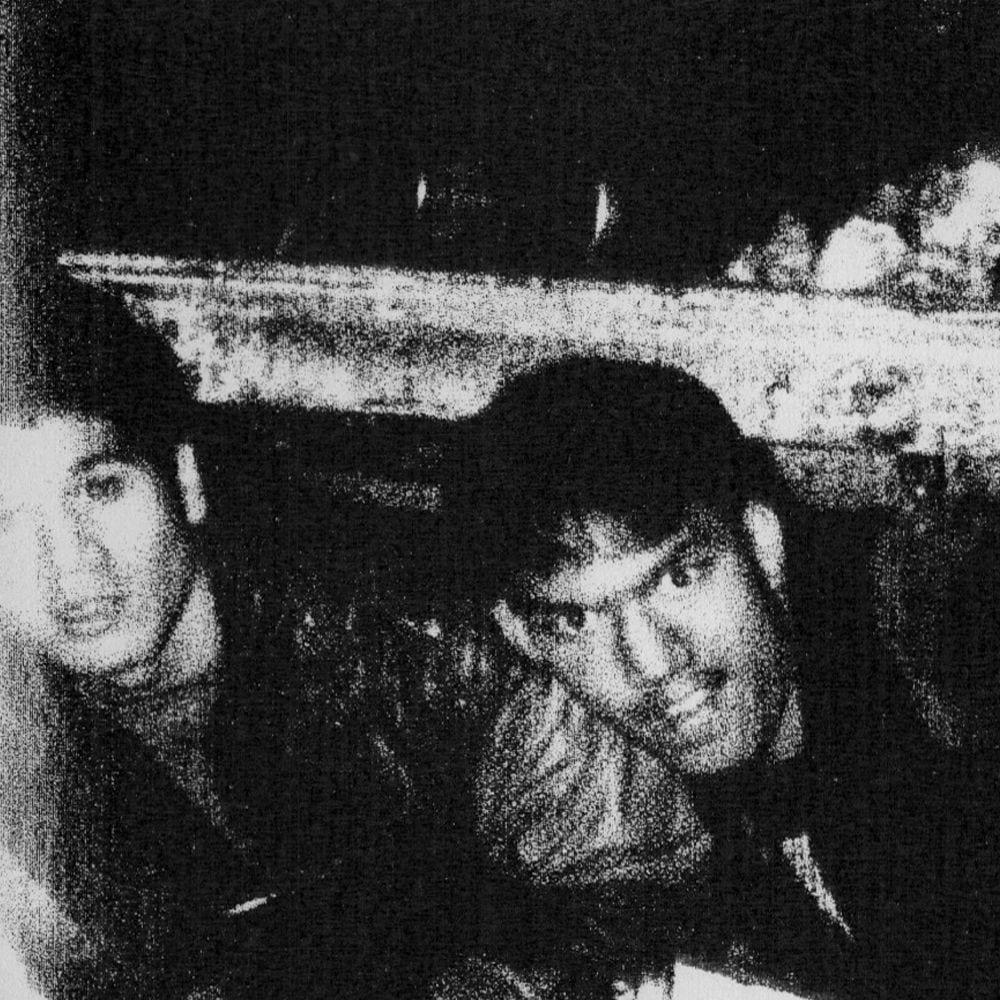 If he first made a name for himself by dabbling in deep house territories under his real name – most notably contributing a handful of tracks to the first iterations of VFMM’s excellent Manifest series, Tim Schumacher’s love for jungle and breakbeat finally caught up with him.

As DJ Normal 4, the German producer has transmuted his smooth and moony melodies into ruffer, breaks-loaded rave cocktails, making quite a splash with his new persona as attested by his amazing first two releases for French imprint BFDM and Luca Lozano‘s Klasse Recordings.

On the following mix, recorded in July of this year as an extra gift for the first 50 attendees of Klasse Grafiti Tapes party at OHM, Normal 4 and Lozano unleash gusty hails of fast-hitting drums, catchy hooks and shredding breaks all wrapped in one, geared towards smashing up the most milk-warm dancefloors out there. Be sure to check out our quick Q&A with Tim down below. 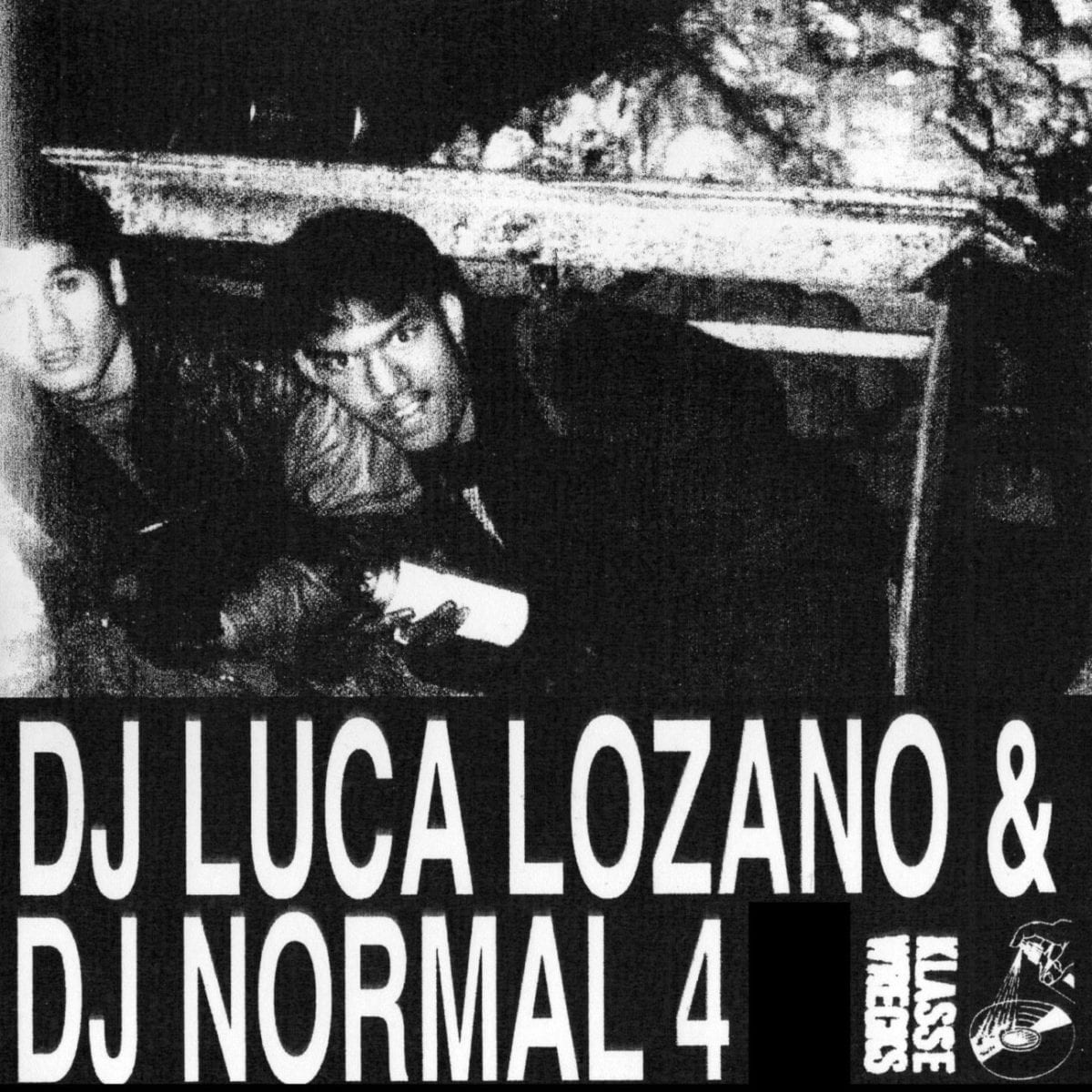 Hey Tim, thanks for the mix! It’s a proper massive, breaks-heavy mix you made together with Klasse captain Luca Lozano. Can you tell us more about it; where and how was it recorded?

We recorded it as a promo gift for the Grafiti Tapes Party at OHM, Berlin in July 2016, a CD for the first 50 peeps at the door. Lucas did the first part in Berlin and I did the second at my home nearby Düsseldorf, then he glued it together.

You released your second EP – the excellent ‘Vivid’ – as DJ Normal 4 on Lucas’ label after a first outing on French label BFDM earlier in 2016. How did he approach you for this one?

Well my buddy Christian Pannenborg from The Record Loft Berlin who is such a big support showed him some tracks. I have been a fan of Lucas’ breakbeat and bleep productions from the very beginning and luckily he liked the tracks Christian came up with so we worked it out. 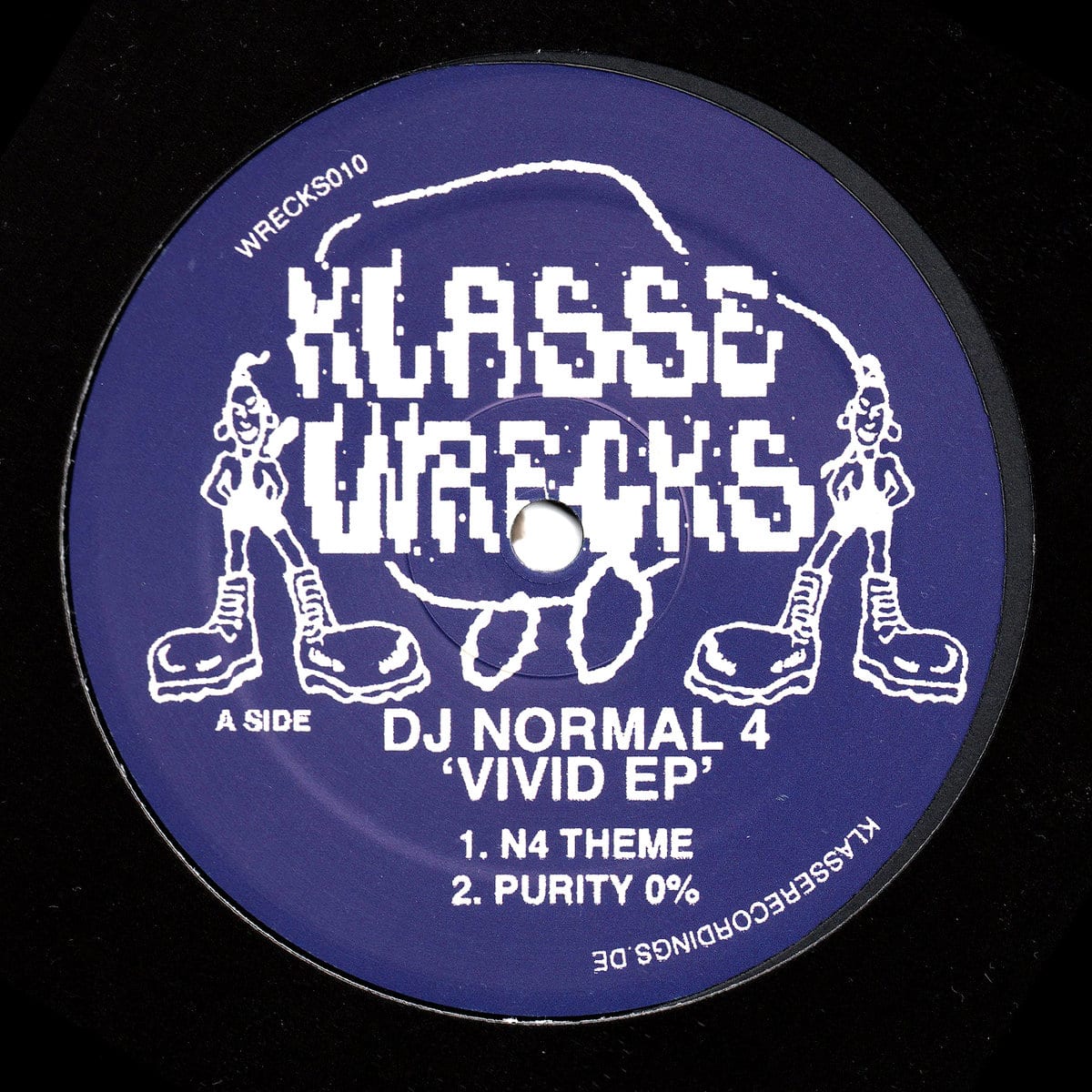 What about the name, DJ Normal 4? How did you come up with that?

There are two reasons why I wanted to choose a name beginning with “DJ”, the first one is responsible for “Normal”, we have a kinda “slang” thing here since a while. We say “normal” but instead using it as in it’s normal meaning we / my friends use it in the opposite way.

For example we were saying: “Das war aber eine ganz normale Party” (“But this was a very normal Party”) rather meaning a very excessive party. It’s such a big term to define “normal” these days, because our normality is different.

The second reason is responsible for the “4”. I was creating a Soundcloud and e-mail account and I wanted to use “DJ Normal” but this was already in use, somehow I got suggested to take DJNormal2@… but I did not like the “2”, I thought a “4” would look amazing so I did some sketches and it worked for me, that’s how DJ Normal 4 was created.

You’ve been moving from deep-house’y realms to straight-up fiery jungle and breakbeat territories… A rather radical change! What motivated you to take this leap?

Well, making music or art is always a process and for me it was time to move or change the focus. I dig second hand records mostly and I listen to all kind of music. I also do / did a various range of music with an electronic approach over the past years, from Wave or Krautrock to House, mostly unreleased.

Somehow the music as DJ Normal 4 is a repetition of a sound that already “was” to be honest but I try to give it a modern facelift and I am not so serious about all that “Artist” thing or myself, I don’t like to put things in boxes, neither to be put in boxes myself.

When I do music as DJ Normal 4 I also do a time/mind travel to secret Rave Fantasies, spiritual happenings, like dancing in an Indian temple in ecstasy, having intense sex and never-ending raves and pleasure… Can you feel me? 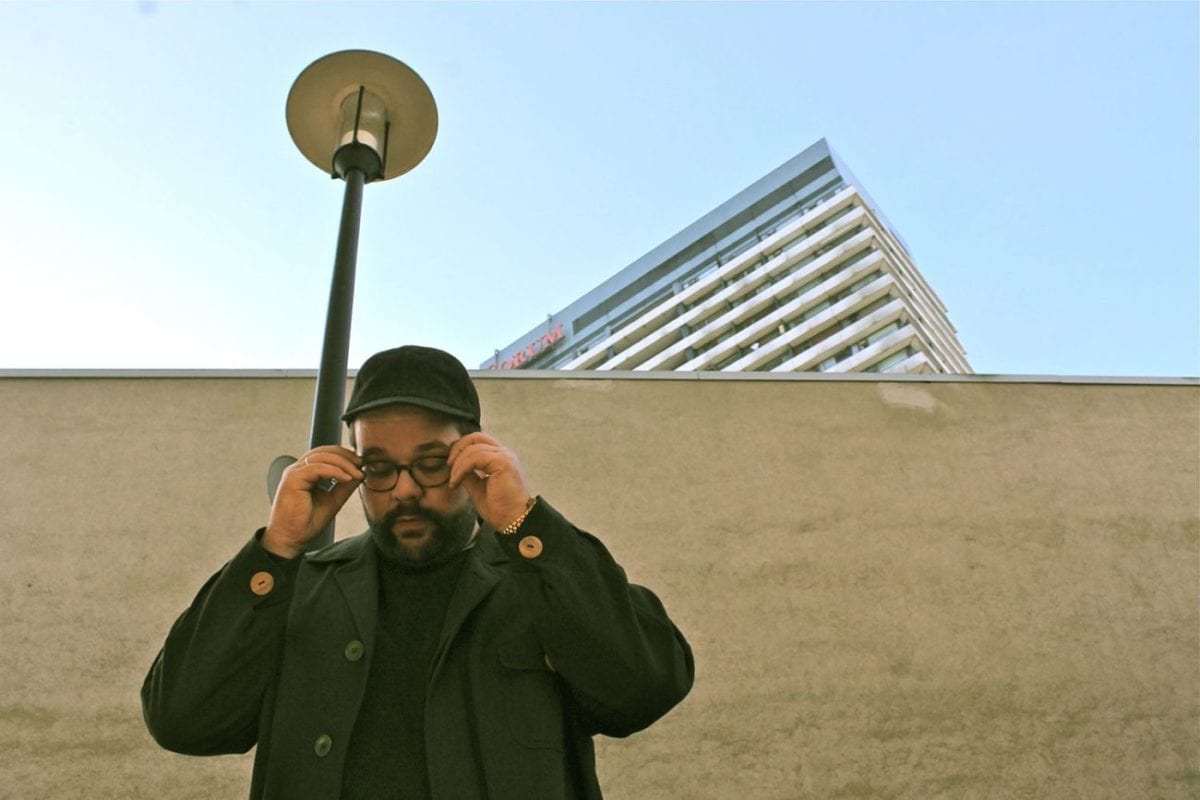 Who are your main influences in the jungle/breakbeat category? Which records have left the biggest impression on you?

Shut up and Dance, Radioactive Lamb, Altern 8, the early A Guy Called Gerald / Juice Box, N-Joi, Bogwoppa Records, Wax Doctor / Basement Records, HNR Records / Chris Energy, Bassbin Twins, just to name a few artists and labels. Neither Jungle nor Breakbeat (mainly not) but the Psychick Warriors Ov Gaia had a big impact on me too.

Yes, the first I’ve bought was Alex Reece‎ ‘Acid Lab‘, because of the Mr. C remix. I still own the copy. Sadly I can’t remember the first I heard exactly, probably the “Helicopter Tune” or “Super Sharp Shooter” lol.

What’s your studio looking like right now? Is there a particular piece of gear you’re using on any track, no matter what?

I am part of a studio collective and we have some gear, classics like Roland Alpha Juno, Juno 106, TR 707 or the Yamaha DX7 are part as well as some new stuff from MFB or Jomox.

As DJ Normal 4 I worked a lot with samples too, so the EMU Emax + tons of floppy disks and the old Korg Electribe series were used often but I don’t have a fixed setup in general, each track was made different. At the moment I am in love with the Boss DR 202.

It was Hitsville Records Düsseldorf and I bought me the re-issue of Biosphere’s ‘Patashnik‘ album, my original copy was heavily used, so glad it was re-issued. 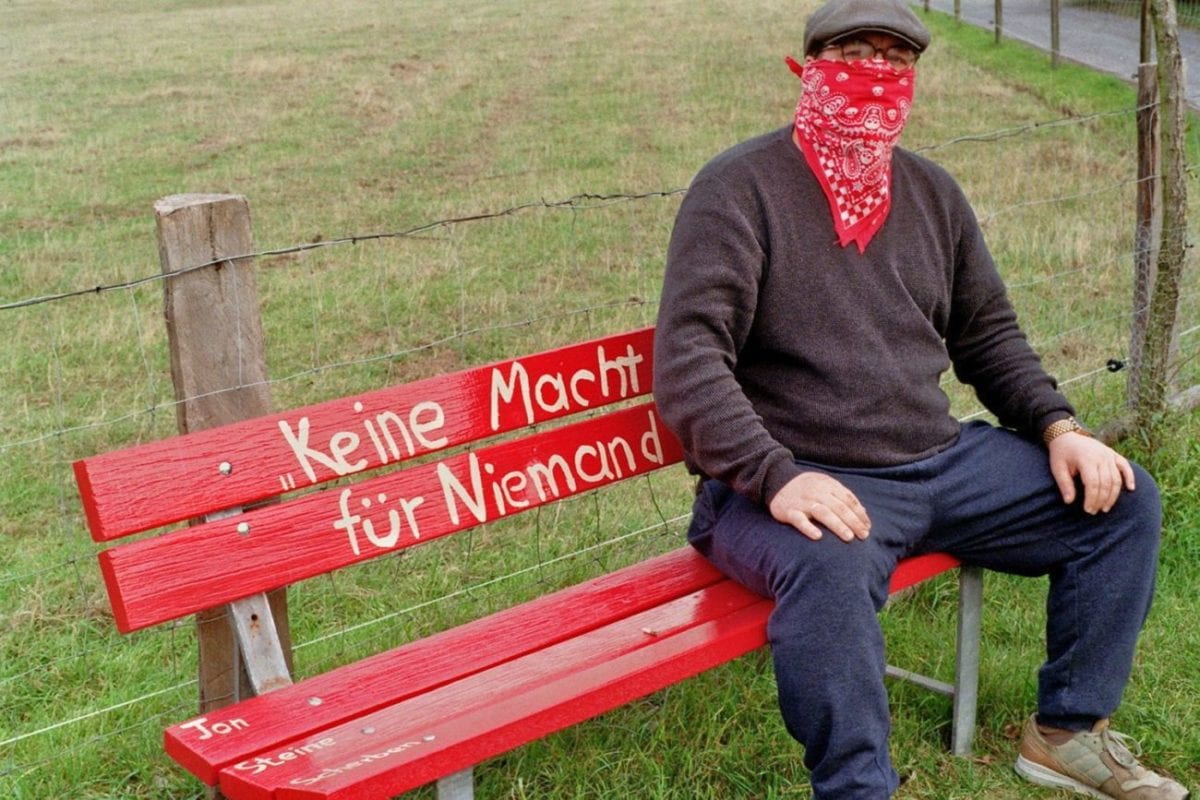 Tell us more about your plans for 2017? Some new material scheduled for release already?

Yes indeed. There is the upcoming Aiwo rec. release which is part one of three together with my buddy Bufiman. First is coming out in February 2017, snippets can be checked here.

Furthermore I remixed unreleased material from The Persian for Chuggy’s Emotional/Especial label, the release features also a very good remix by Aaron “Fit” Siegel. Several releases are planned but I can’t be to concrete for now.

I will play two gigs in Berlin on the 1st January, at Renate first and the night at Griessmühle so I think I will stay at a friend’s place in Berlin before having a dinner and some fine white wine.