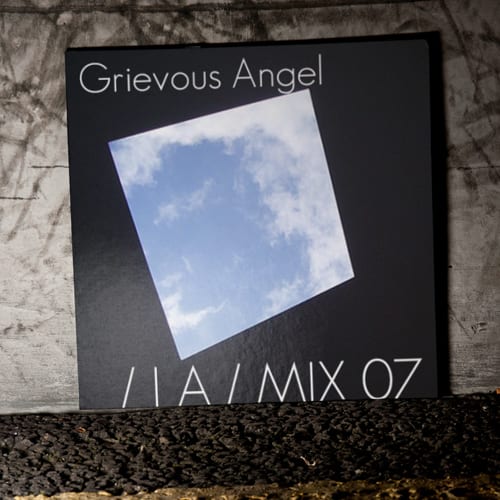 Grievous Angel has supplied IA with a mix of triple deeper 3:2 techy dubstep for us. It’s a nod to his earlier productions that were 3:2 techno – and fantastic from what we’ve heard. This one’s got us particularly hyped, seeing as Grievous has spent mot of the year defining himself as a certified badman. Just look at the tracklisting, more Scuba and Ramadanman than you could shake stick at, and 2009 classics from Pangaea, Cooly G and Kode 9.

“For a long time I’ve wanted to do another techy mix. I did one last summer called TechDub. Vinyl mix of dubstep that had strong vibes of house, techno and electro. Since then I’ve been collecting a lot of other stuff on the same tip, especially stuff with a 3:2 rhythm to it.

Most of the dubs I got have come out now like Scuba’s Klinik which is fantastic, but Paul sent me another couple of techy specials, remixes of Dfrnt and Si Begg that are wicked. Dunno if they’re exclusive but you don’t see ‘em about much.

So there’s a load of techy 3:2 gear to start, kicking off with my remix of Narcossist’s Metronome, which I love, and my favourite track off the first album, the discomix of Culture Killer with the Cuttty Ranks vocal, some Scuba stuff, some techy garage stuff, and a load of trance-y, progg-y percussive techy dubstep – Revenue, Infinity Is Now, Blimey and stuff like that. Then a load of dubby, techy 4 x 4 gear at the end with funky mixed into it.”