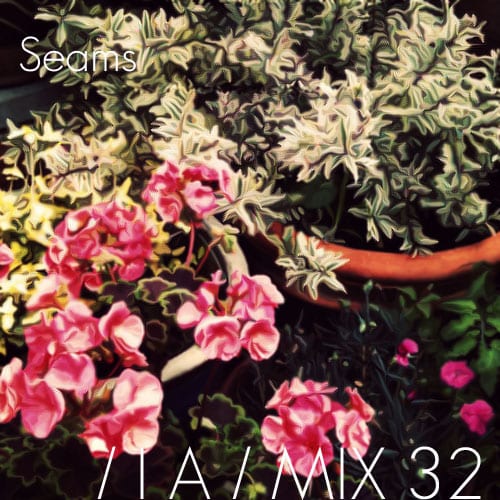 Seams AKA Jami Welch has been causing a right old stir in the realms of electronica over the past year. With three releases under his belt, including his seminal ‘Tourist EP‘ in which he captured the essence of Berlin’s summertime soundscape he now returns with ‘Focus Energy/Motive Order‘ an altogether more dancefloor orientated release on Pictures Music, reminiscent of Jimmy Edgar’s track ‘Hot Raw Sex’.

The progression that Seams has made to make his audiences dance at live shows is still something that he is exploring, no doubt his live performance at Easter Electrics August Bank Holiday event in London will be the ultimate opportunity to witness a host of new material that he’s been working on and perhaps a new direction in his sound.

We caught up with Seams to find out more about his organic sound, influences, field recordings and new live act. Seams also recorded this experimental mixtape for us featuring Forest Swords and Oneohtrix Point Never.

Please can you introduce yourself to our readers and tell us what you’re currently up to?

Hi, my name’s Jami, I make music as Seams, and I’m currently relaxing at home in Hampshire, working on some new stuff.

When did you become interested in music? When did you ultimately realise there was a lot more music in the world to discover rather than relying on the latest ‘Now That’s What I Call Music’ compilation to discover new music?

As a kid I’d buy tapes at ‘Woolworths’ and ‘Our Price’ and stuff.  I don’t think there’s anything wrong with pop compilations, if anything, old Destiny’s Child records and Missy Elliott and stuff like that turned me on to the music I like now.

What types of music and artists have been prominent in the development of your personal ‘taste’ and education of music?

After my infatuation with Destiny’s Child, I mostly listened to guitar music as a kid, stuff like Pink Floyd and the Red Hot Chili Peppers. Then I discovered people like Beck and Portishead who mixed guitars with electronics, and that really interested me. From then on I slowly moved more and more towards electronic music.  Studying minimalism at college really accelerated that too, I loved pop music that mixed the psychedelic progginess of 70’s rock with things like Steve Reich and John Cage, like Battles and Secret Machines.

You’ve just finished studying Sound Engineering in Birmingham, Is music now your sole priority and if not, why not?

Yes it is, that and watering my parents’ tomato plants.

Having studied music at University and having released a few records, what do the next 5 years entail for you and your Seams project?

Field recordings play pivotal parts in your music. Where do you prefer to record samples and where have the best locations been to capture sounds?

The field recordings thing really came as a response to being in Berlin, a place full of interesting sounds and music, most of that stuff was recorded on my street. Aldershot doesn’t really have the same vibe as Berlin really.

What methods of production do you employ when creating music? Are you a hardware or software man and what instruments/equipment could you not produce without?

Apart from my Dictaphone and a new drum machine I got recently, I just use Ableton and it’s presets really.  People put too much emphasis on gear, sexy mixing desks don’t write love songs.

I first discovered your music when you released the ‘Tourist EP’ on Pictures Music. How did you relationship with Pictures Music happen and what is the current situation?

I interned at Warp at the same time as Matt from Pictures.  I never told anyone there I made music, but after we both left he came to a show with Alex and they dug it.

You also released a small batch of tapes entitled “‘Tourist’ Travel Companion Cassette Tape Edition.” Who was behind the initial idea to produce these manually recorded and produced cassettes and what was your reasoning behind producing them?

The release was going to be digital only, but I wanted to make a little something to tie into the release, something fun that people might enjoy.  Seeing as a lot of the EP was based on cassette recordings, it seemed like styling a tape as a foreign language cassette fitted the concept. I wouldn’t do it for every release, format has to match the music.

You stated that “recreating moods and experiences is much more what I’m about I guess” What situations and environments do you ideally envisage your music being played in?

Wherever it makes sense to the listener.  Apparently it’s good for train journeys.

You’re currently working on developing more music, especially for your live show. What can we expect/look forward to from your performance at Eastern Electrics August Bank Holiday show?

A lot more beats per minute than usual, that’s for sure.

Can you please explain your inspiration behind the mix/tape and artwork you have created specifically for Inverted Audio.

The mix is some chilled stuff I like to clear my mind with when taking breaks from ‘the studio’, weeding the garden and watering hanging baskets.