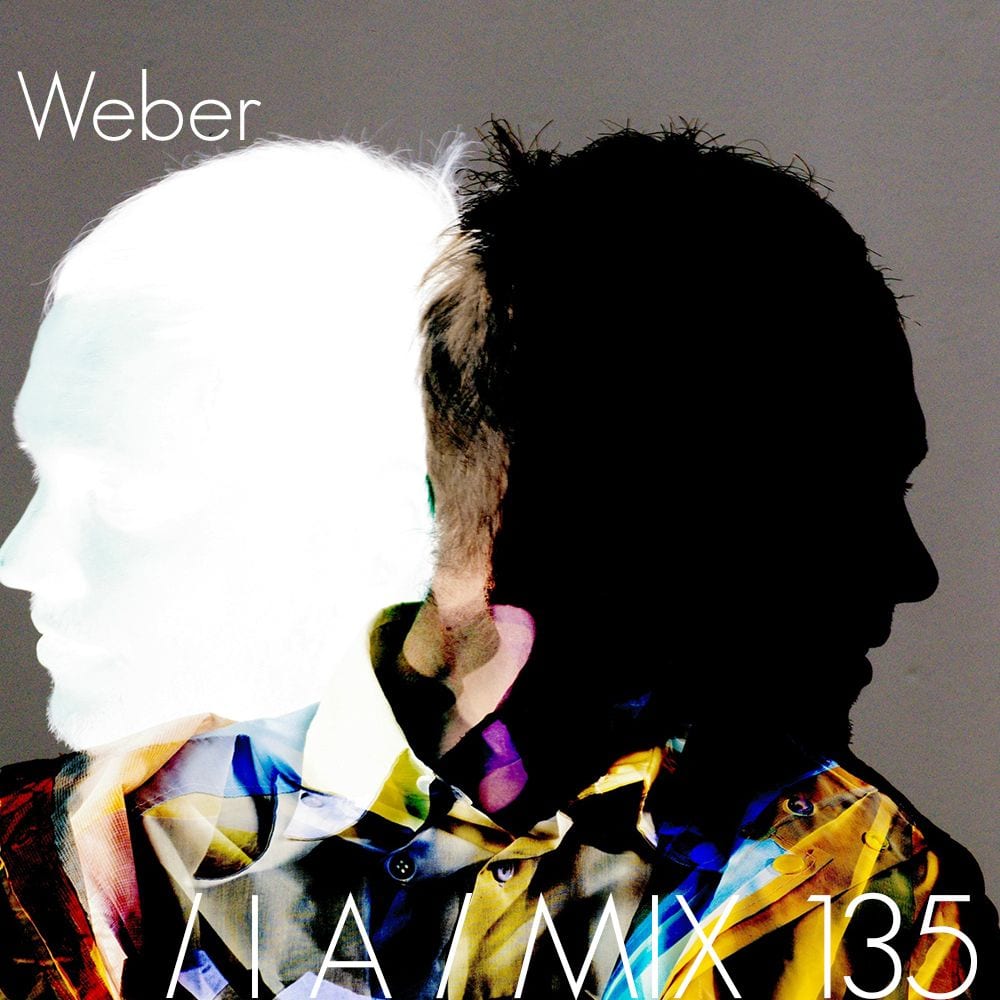 To celebrate the release of Philipp Weber’s new mini album ‘Eins‘, released this week on Holger Records, Weber has recorded this mix for Inverted Audio featuring music from Jon Hopkins, Mohn, Jan Jelinek, Actress, Oneohtrix Point Never, James Holden and many more. In the interview below Philipp gives insight into his solo music writing process as well as the record label Holger. He also discusses growing up and discovering music in East Germany.

CAN YOU EXPLAIN YOUR APPROACH TO YOUR MIX FOR INVERTED AUDIO? HOW IT WAS MADE AND WHAT’S THE REASONING BEHIND YOUR TRACK SELECTION?

I just wanted to say “Hi – this is me.” At least one part of me. I went through my library, trying to find some important songs for me and my approach to music. So these are the songs that came out of it and fit to the coffee-morning-mood I was in. Zarah Lili Gutsch took the photo.

WHERE ARE YOU ORIGINALLY FROM AND WHAT IS YOUR MUSICAL HERITAGE? DID YOU GROW UP SURROUNDED WITH MUSIC?

I’m from Leipzig. I grew up in Döbeln, a small city close by. I learned classical guitar and went through the whole “education” of a guitar player. Punk. Hardcore. Emo. Noise. Jamming. Webermichelson. I was surrounded by the records of my father (I guess every musician has to say that). But it was not the most special record collection in the world. As you can imagine, it was not that easy to get the newest records in East Germany.

My grandfather had the only working radio tape recorder of my family. And every Sunday around eight you could record a whole hour of music without talking in between. So when I was there I did it or I told my grandfather to do it for me. And of course he sometimes forgot and I got mad at him, because it always was a one time only opportunity. My grandmother always bought me these very expensive recordable tapes to be able to that. Looking back it seems pretty weird compared to MP3 nowadays.

WHEN DID YOU START MAKING MUSIC AND WHY?

I started when I was six. I wanted to play an instrument. And it happened to be the guitar. Still my favourite instrument. Why? My teachers told me I’m talented and I should sing in a choir and live in an boarding school. I didn’t want this but I wanted to do something. So my parents and me went to the casting of a music school. I really had to pass some tests before they agreed to let me join the classes. Even my grades in so called “behaviour” where too good, not rebellious enough.

WHO OR WHAT WAS RESPONSIBLE FOR DEVELOPING YOUR INTEREST IN ELECTRONIC MUSIC?

Mostly friends. And also some of my favourite bands were experimenting with electronic music at one point, like Refused for example.

WHICH MUSICIANS AND PRODUCERS DO YOU HANG OUT WITH? DO YOU SHARE IDEAS AND TECHNIQUES MUCH WITH EACH OTHER?

Most of my friends are based in Leipzig as well. But I actually don’t hang out that much. I really like to speak to Timoka. And of course Sven Michelson and me are sharing a lot of ideas.

CAN YOU EXPLAIN YOUR MUSIC WRITING PROCESS?

It always starts with the feeling, that I need to “say” something. I start to feel a little depressed or something like that. So I need to go in my studio and randomly I switch on my synthesizers, play chords or sing along. And then it’s like a “journey” and after some weeks I realise that I recorded an album and that I did not eat enough. At least this is what happened with “EINS”. I always try to have sounds lead me somewhere.

ARE THERE ANY PARTICULAR ENVIRONMENTS OR PLACES THAT YOU LIKE TO GO VISIT OR BE IN WHILST YOU WRITE MUSIC?

Not really. I like to be alone. I’m very asocial while doing these things. I don’t shower, I don’t eat and I don’t care about anything else. Not easy for my girlfriend. (Haha)

TELL ME ABOUT EINS? DID YOU HAVE A PRE-DETERMINED CONCEPT? A ROUTE YOU WANTED TO EXPLORE?

It was one of those “journeys”. I knew what instruments I wanted to use. But that was it. The rest just happened.

WHAT EMOTIONS ARE TIED INTO EINS?

DO YOU HAVE A FAVOURITE TRACK? IF SO, WHICH ONE AND WHY?

It’s changing with my mood. But I cannot really decide on this. For me it also works best as one piece. All songs are kind of related to each other.

WHAT INSTRUMENTS DID YOU USE FOR EINS? ANY PARTICULARLY UNUSUAL ONES?

Nothing unusual I guess. The Teenage Engineering OP-1, the Analogue Solutions Leipzig Synthesizer, a Yamaha DX200, some Moogerfoogers, my guitar. And some field recordings I did over these weeks.

YOU’RE ALSO PART OF WEBERMICHELSON – A TWO-PIECE BAND FOCUSED ON KRAUT AND EXPERIMENTAL MUSIC. TELL ME ABOUT HOW YOU GOT INVOLVED WITH THAT PROJECT AND WHAT YOU PLAN TO ACHIEVE? WHO’S THE OTHER HALF AS WELL?

After playing in a lot of different bands, I got tired of playing common music. Every night you have to perform the same song, with the same feeling and present it in the same atmosphere. It was kind of boring to me. I wanted to create music that is organic. Music that can change over the years. Music that is depending on how I feel while performing.

When Sven and I met, we shared this idea and so we founded Webermichelson. 60% of the songs are done. The rest is up to the night and the context. It’s not always easy but it’s something special, for us at least. Going on stage not knowing where to go… It’s an experiment and so far, most people who’ve seen us seem to appreciate this approach. So I guess we will continue doing this for a while.

THE ARTWORK FOR EINS IS VERY EERIE. WHO’S RESPONSIBLE FOR IT AND WHY A PICTURE OF A WARPED HOUSE?

Benjamin Kilchhofer (Timoka) did that. He’s doing all the cover artworks for the Holger label. Based on the idea of Holger he’s completely free to do whatever he thinks matches. He had an eerie Twin Peaks feeling with my songs and the house is what came out.

TELL ME ABOUT THE LABEL ‘Holger Records’ – WHO’S BEHIND IT AND WHAT IS THE LABELS MANIFESTO?

Puh. Maybe you should ask Jan and Steffen Bennemann themselves. They are the brothers behind the label. Sven and me are part of it in a way. Lianne van de Laar is doing the visuals when we do label nights and she does the music videos. Benjamin Kilchhofer (Timoka) is doing the artworks, Reymund Schröder does the typography. Together they are responsible for the whole graphic design. It’s a DIY thing. Nobody gets payed. Everybody is free to follow their creativity. We are like a family. Following a shared idea how music should be consumed and played.

WHAT’S NEXT FOR YOU?

Sven and me will work in theater in Stuttgart for the next few months. We’ve been doing this for a while now. Robert Borgmann is the director. We are also sharing a studio together with him and Steffen, which will be finished in the next weeks. Also I still live in an unfinished house, so I have to do some dusty work there as well.

WILL YOU BE PLAYING MUCH THIS SUMMER? ARE YOU WORKING ON A LIVE SHOW?

Unfortunately, I don’t have time for this right now. The summer is packed with what I mentioned above. But I am planning on playing live, I just didn’t find the time to rehearse yet. Also something for the summer.

CAN WE EXPECT A REMIX EP FOR EINS?

I did not think of this before, but why not. Could be fun.

Eins is out now on Holger Records. Buy a copy via Kompakt.

Discover more about Weber and Holger Records on Inverted Audio.