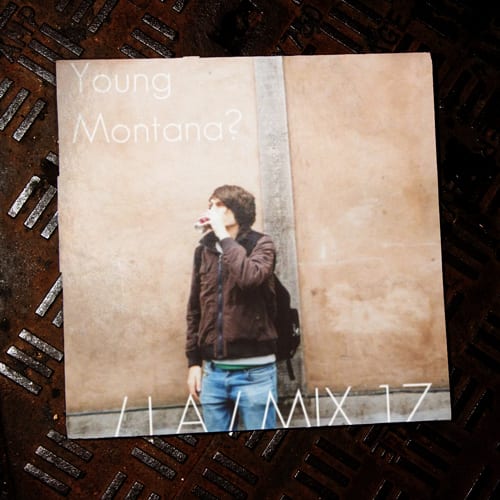 Young Montana aka Jon Pritchard is from the heart of England, Coventry. It was in 2010 that Jon’s music propelled itself into the limelight, with an invitation from Mary Anne Hobbs to record a guest mix for her show as well being listed on her final list of acknowledgments.

Jon’s take on instrumental hip-hop is a far cry away from the dismal streets of Coventry. His crunking take on instrumental hip-hop, playful loops glitches and bubbling basslines, are more akin to the hazy streets of LA and to the sounds of Mike Slott and Hudson Mohawke. Nonetheless Young Montana is certainly producing some very fine music that has its own unique charm to it.

Jon’s recent progress is impressive, at the end of 2010 he delivered a stunning remix for Kuhn’s Quiet Night’s EP, and in 2011 he plans to release a debut album on Alpha Pup Records. There’s no doubt that with this kind of momentum behind him, 2011 promises to be an exciting year for  will this young beat-smith.

We discovered Young Montana whilst listening to his Mary Anne Hobbs mix. We were so impressed that we got into contact with Jon to feature his stunning track Bad.Day and since then Jon’s been busy working on his music and this exclusive mix, so without further adu we are proud to present Young Montana’s “slow and broody” mix.

IA: Hi Jon, firstly can you tell us about yourself and your background? What your interests are and so forth?

Certainly, I make music under the moniker Young Montana? I’ve got an album coming up on Alpha Pup early next year, among other things I like to think I’m an amateur cosmologist.

IA: Have elements of Coventry been captured in your music?

I certainly hope not. It’s probably the least inspiring city to ever dwell in. I’ve tried literally capturing the sounds of Coventry, doing the whole found sound thing, but even that sounded shit. It’s a Coventry thing.

IA: What music did you grow up listening to and what have you learnt from music of the past?

I’ve grown up listening to a whole range of music, and I think a little bit of every type of music has influenced me since I was very little. From beat boxing in the back of the car, to listening to my mums Sheryl Crow albums, to techno and drumming in bands.

I still try and add the structure of studio engineering to my beats. I find that a lot of old hip-hop lacks that knowledge. I think that’s why people love guys like J.Dilla so much, he had a real understanding of how music worked both technically and psychologically.

IA: The time span of you becoming recognized, as a professional artist seems to be relatively recent. Can you explain how it all happened?

Well a lot of it is down to luck, but also from just trying to get my music in the right hands first. I let fans come to me I don’t like all that mindless self-promotion so I can focus on what I need to do rather than send out 50 spam emails a day.

IA: What have been the most defining moments of your musical career so far?

Being on Mary Anne Hobbs’ acknowledgments list on her website, and joining the ranks on Andrew Meza’s BTS Radio. It’s hard to put these things in prospective at the time, but it was my 20th birthday a couple of weeks ago, and for the first time I was able to look back at my achievements this year and actually feel proud.

IA: Where can we expect to see you perform in the next year or so?

Probably a good few London gigs, that’s for sure, but hopefully I’ll be touring around after the album is released. Hopefully I’ll get to play around America. I really don’t know what to expect yet, but I look forward to 2011 nonetheless!

IA: What can you tell us about your forthcoming album on Alpha Pup Records? Can you explain how this occurred?

After the mix i did for Mary Anne Hobbs, she sent it straight over to Daddy Kev, label boss of Alpha Pup. He instantly got in touch with me and said we should work together on a release. Initially an EP but it’s turned into a full-length album now, which is even more exciting!

IA: What do you hope to achieve with the album and what do you plan to do afterwards?

I hope to buy an island someplace and start a new life living in a hut. Or get a plane to the amazon and become a hunter-gatherer. I think I’m far more in tune with that way of life. But nothing yet is planned, there’s no way I can yet, I just have to take it a day at a time.

IA: If you could work with any other artist[s], dead or alive, who would it be?

The Tokens, any day!

IA: Can you tell us about the mix you’ve recorded for IA? What was the inspiration behind it and ultimately is this the type of mix people should expect from Young Montana?

Well I’m not a DJ, so I try to make mixes almost like an album, so the sounds tell a story and it’s a bit of a roller-coaster ride. But also something you keep a steady nod of the head to. This mix is a bit of a slow broody mix, I’m usually a lot more frenetic, but hopefully it’s still interesting. I’ve definitely included a lot of LA based artists on there and a lot of these guys are part of the Alpha Pup family too, so I also tried to help shine a light on that.