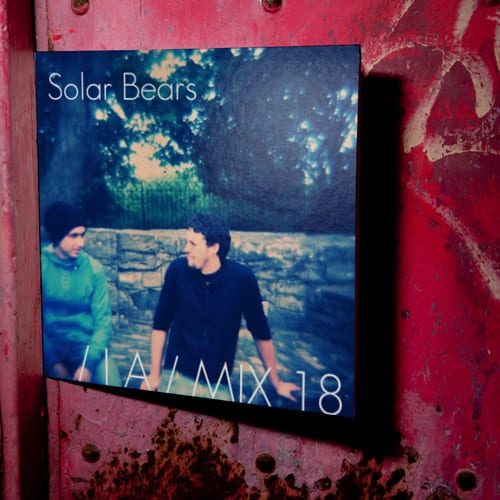 Solar Bears is a collaboration between electronica composer John McElheron and multi-instrumentalist Rian Trench. They met and formed at Pulse Sound Engineering School, started recording and were swiftly picked up by Planet Mu.

“The mix we assembled is comprised of film scores we love and tracks we have listened to more recently. We wanted to put in the Twin Sister remix as it really stands out in terms of groove. The inspiration is derived from the songs simply. Dam Funk and Com Truise are two artists we admire at the moment.” 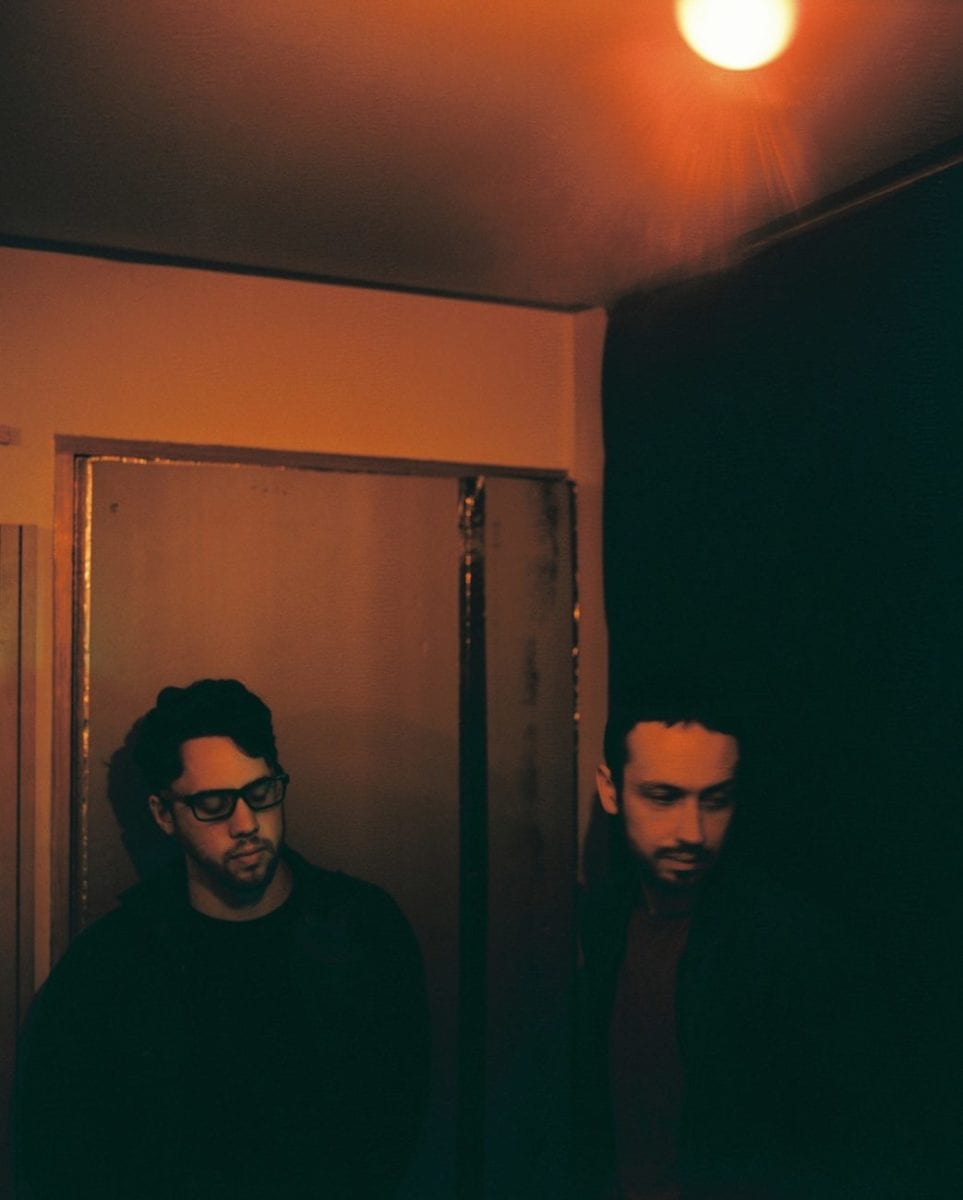 SB: Rian has been making music and experimenting for a decade at least. He is from a very musical background so he has plenty of experience and knowledge. I am a relative novice.

To compare your music to others, it would be easy to place you around the realms of Boards of Canada. – Who would you compare yourself to and what is the inspiration behind your music?

SB: I would not compare us to other acts or artists mainly because we write in a very streamlined way. Influences come through whether we are aware of them or not at the time. Music you listen to and things you see are undoubtedly going to have an impact on what you come up with in the studio. We like certain keyboard sounds and guitar tones so what happens is we suit ourselves. There are bands we look up to like Mogwai and Broadcast in particular.

‘Solar Bears’ derives from a Russian science fiction film by Andrei Tarkovsky. When did you come across this film and what made it stand out to you to emblazon your band with it?

SB: The film itself is unique. I cannot think of anything else that is as haunting and touching as Solaris. It is a firm favourite of ours and we wanted to have a science fiction element in our project. We reference countless films in our song titles as well.

For me your music has a Lo-F psychedelic sound to it. How do you go about the process of creating your music? Do you rely on computers or do you have  a selection of dusty acoustic instruments, synths and vintage tape machines?

SB: The process begins with an idea or a rough arrangement, which we add to and weave around. The album was recorded and edited with a very old computer running a program that was completely out of date. Vintage tape machine and handheld recorders were implemented in stages to alter the sound and distort the compositions.

Where do you record your music, field recordings, your bedrooms, or mostly in the studio?

SB: We recorded everything in Rian’s house with a basic set up which suited us both. It was low key and it lent itself to relaxed writing sessions. Samples we used for texture in places.

What are you trying to convey to the listener in your music? Is each song it’s own unique song or do your songs work together as a whole towards some kind of overall ideal?

SB: Each track we made was singular in a way. The way we put the order together made it more complimentary and cohesive. The label boss Mike helped a lot with this as he has a great understanding of records and tracklisting flow. 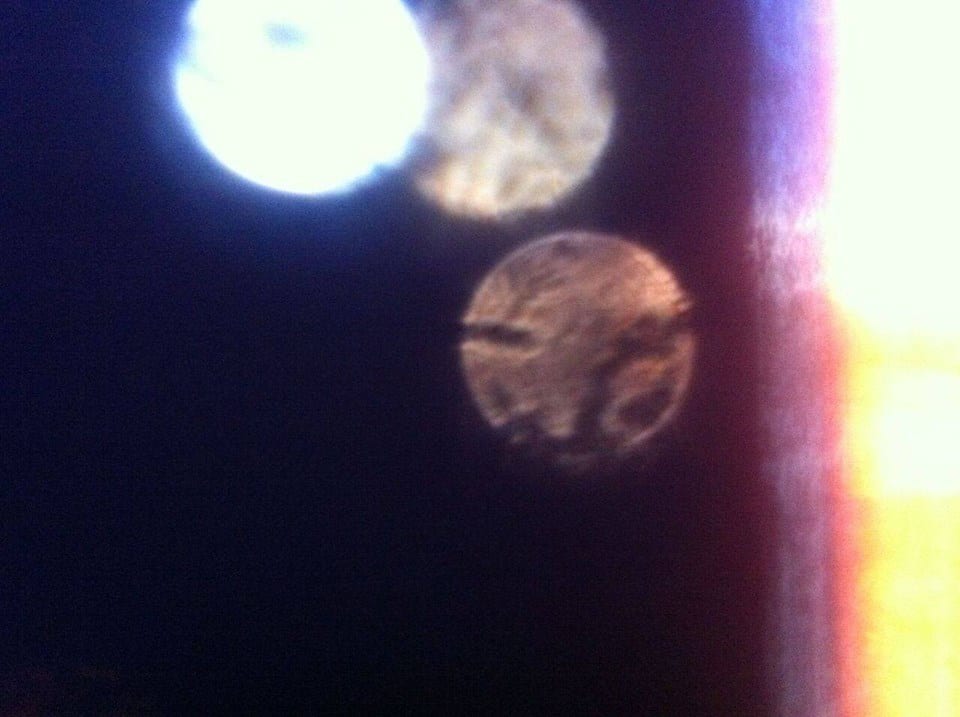 Since Planet Mu’s inception in 1995, what artists have you been looking up to from their roster?

SB: I think the signings in the past year or two are amongst the emest in its history. Tropics and DJ Nate are definitely producers to look out for. I think both of them are going to do really well.

How did your relationship with Mike Paradinas, Director of Planet Mu, formalize to releasing both an album ‘She Was Coloured In’ and a single ‘Inner Sunshine’?

SB: Planet Mu has a great reputation as being artist friendly and getting the best out of releases. Having worked with them I can say that is certainly the truth. They have been extremely helpful and informed since we began working together. We are very lucky to have people like Mike and Marcus Scott on our side. 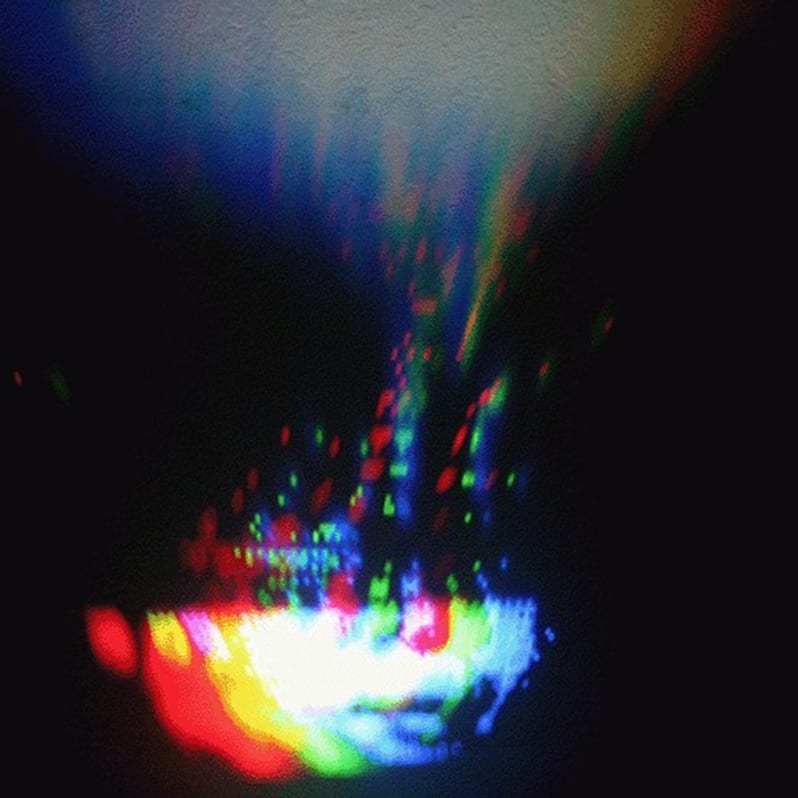 Your tracks have been reworked by Lone and Letherette, what have you learnt from this and do you plan to work with them / others again?

SB: Letherette and Lone make superb music in their own right so it was interesting to hand over songs to be re-interpreted. We were grateful for their time and what they sent back. Their records are beautiful. Next year we would like to work with vocalists but it is too early to say who?

SB: Playing live is the main thing for us now. We are rehearsing and putting our set together. We just did a remix for an Amercian band, which should be out in the near future. New tracks will be in store also. Different labels have approached us so it is just a case of seeing which ones we want to release with most. Planet Mu have been very good to us this year.

What artists and producers are you currently digging and can’t live without hearing at least once a day?

What are your top five film soundtracks of all time?

Finally do you have any words of wisdom for the avid producer?

Make music you are proud of for yourself, first and foremost. Listen to as many different genres and styles as possible and try out things that are irregular.