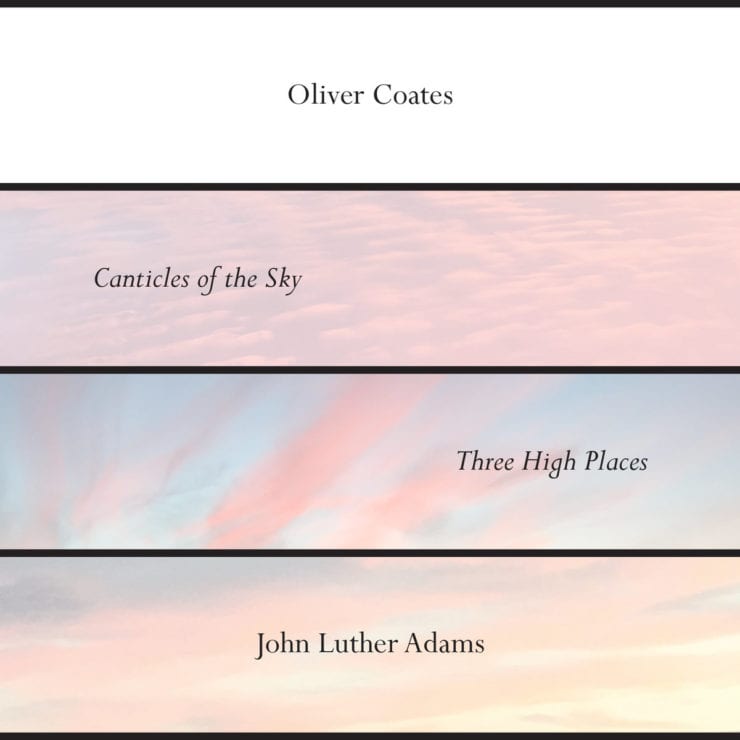 RVNG Intl. have announced the release of a new recording from cellist, producer and sound artist Oliver Coates. A radical interpretation of two works from Pulitzer Prize-winning composer John Luther Adams, the release features recordings of his 2007 pieces ‘Canticles of the Sky‘ and ‘Three High Places‘.

Coates’ arrangement of ‘Canticles of the Sky‘, initially released as limited vinyl edition for Record Store Day 2018, is an ultra-sensory reimagining of Adams’ celestial composition. The piece, originally written for 32 cellists, has been performed and recorded by Coates for multi-tracked solo cello, making use of extra-musical studio techniques and meticulous arrangement while taking inspiration from early electronic synthesis and abstract painters: “Inspired by paintings by Hilma af Klint and Agnes Martin”, Coates says, “I had a chance to build an overall image using different playing techniques and microphone combinations.”

His interpretation of ‘Canticles of the Sky‘ will be expanded by a previously unheard recording of ‘Three High Places‘, another of Adams’ pieces from the same era, composed in memory of his friend and collaborator Gordon Wright. The release follows on from Oliver Coates’ 2018 long player ‘Shelley’s on Zenn-La‘, one of Inverted Audio’s Best Albums of 2018.

Oliver Coates, alongside twelve cellists, will perform Canticles of the Sky at the Southbank Centre’s Deep Minimalism 2.0, a “weekend of meditative listening and deep concentration” curated by Olly. The event takes place on November 2nd and 3rd at London’s Southbank Centre.

‘Canticles of the Sky / Three High Places’ is out now, order a copy from Bandcamp.