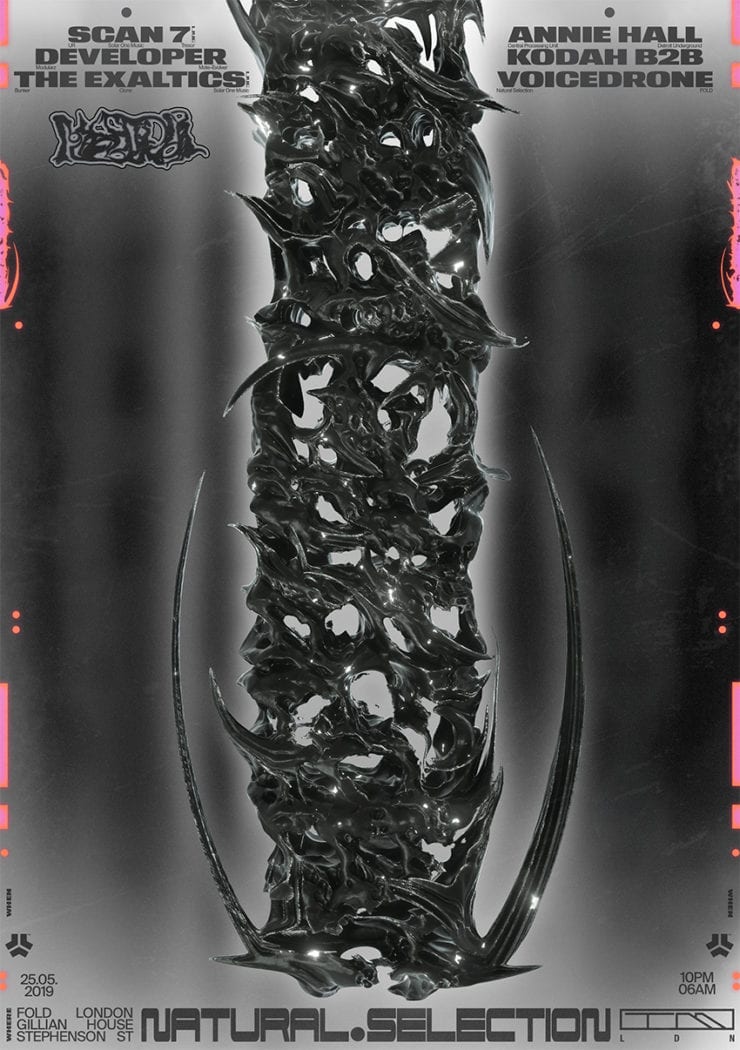 Following their debut event at FOLD with Steve Rachmad and Claro Intelecto in March, Natural Selection present their second event at the London club on Saturday 25 May, assembling a savage lineup of some of the most cutting-edge artists from our scene.

First up are mysterious Detroit-based collective Scan 7. Having debuted on Underground Resistance in 1993 with their ‘Black Moon Rising‘ EP, the collective have continued to this day, releasing music through Tresor, Transmat and many more reputable imprints. This event marks part of their EU tour ‘United We Scan’.

Balaclava-clad and armed with Yamaha rhythm machines, MPCs and mounted mixing desk, Scan 7 bring a live show of original, improvised and alternate variations of their music, sequential to unreleased wares and newer cuts. This is not just any live show, this is an unmissable musical experience. 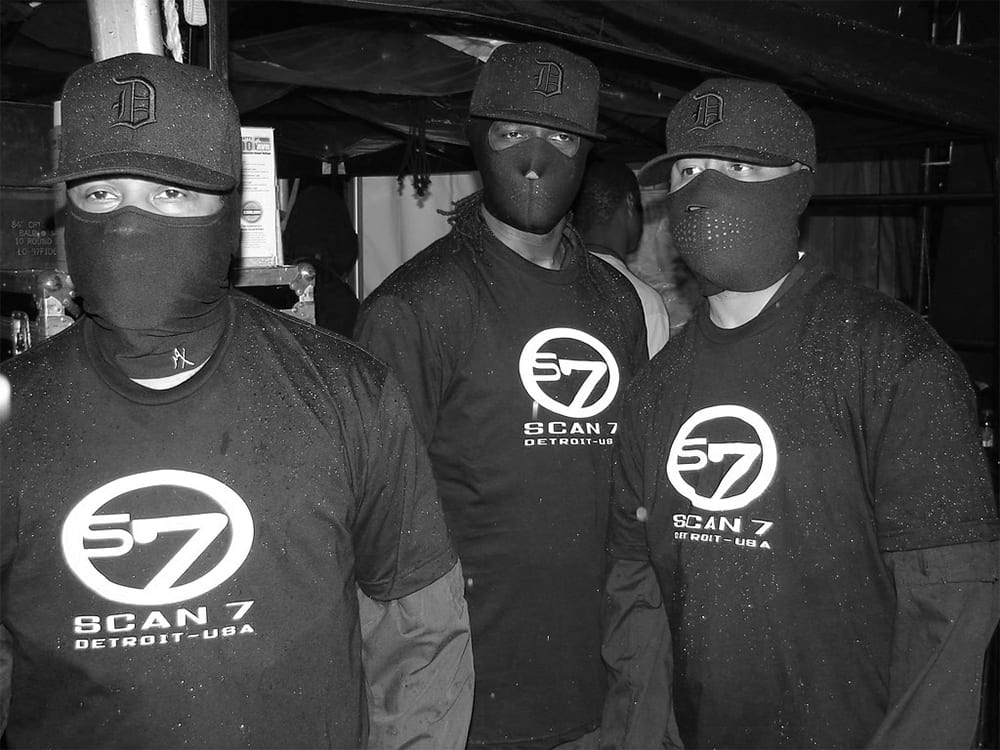 Flying in from the US, Developer is one of a few active DJ/Producers that emerged from the Los Angeles techno scene in the early 90’s. Over the last 2 decades Developer has played in various countries as well as taking part in laying a foundation in the LA Techno culture by producing events and exposing various first time international talents throughout the mid to late 90’s.

Developer gained much of his acclaim and extensive performance history from his strong mixing and programming skills as well as the ability of playing 40 – 60 records per hour on 3 turntables with effect processor and sampler. He has released on some of the most esteemed Techno labels including Luke Slater’s legendary Mote-Evolver and his own label Modularz.

Based in the humble city of Jena in central Germany, Robert Jockel started producing music in the late 90s. His music and performances as The Exaltics has seen him dominate the electro scene for years. For the occasion Robert will perform a live set at FOLD.

Detroit Underground co-founder Annie Hall has been steadily carving a name for herself as an artist who enjoys diversity. Born and bred in Spain, Annie Hall started her life as a DJ in 2003. Producing since 2005, she has released on labels such as Central Processing Unit, Blank Code, Flash Recordings, Semantica Records, Minnuendo, D1 Recordings and Detroit Underground.