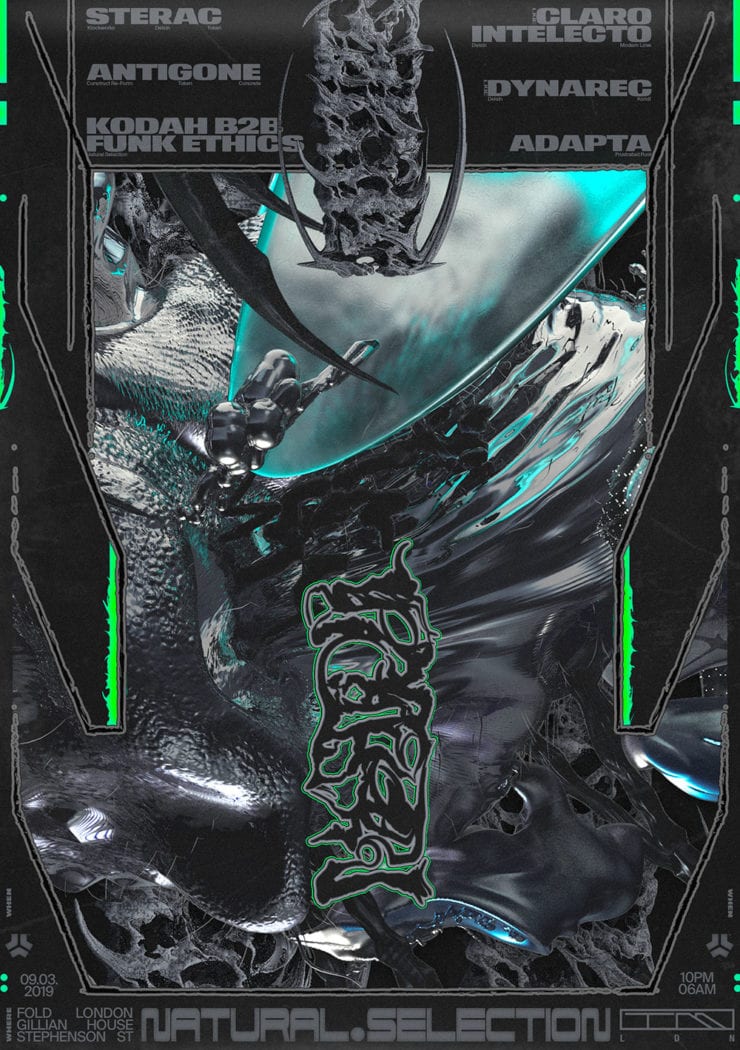 By many, Steve Rachmad aka STERAC is considered a father of Detroit techno, respected in the world of electronic music for his deep, groovy sounds that tend to rest on impressive strings, melodies, funk and soul. In the film below, which we produced for Dekmantel in 2015, we shine a light on the techno veteran.

Next up on is Inverted Audio favourite Claro Intelecto. Having headlined our stage “Campfire Headphase” last summer at Farr Festival 2018, his live set has left an indelible mark on our consciousness. He’s also the man responsible for all-time classic “Peace Of Mind” originally released via Ai Records in 2003.

Following a six year residency at Concrete Paris, plus an album release via Token last year, Antigone joins in on the action to inject some heavy hitting techno and melodic moments. Additionally French producer Dynarec brings a fresh serving of hyperspace electro and techno for the Drexciyan inspired sea dwellers.

Ahead of the event, we’ve teamed up with FOLD to offer one lucky reader the opportunity to win x4 tickets to Natural Selection (Saturday 9 March 2019). All you need to do is fill out the form below.

Competition ends Sunday 3 March 2019. Winner will be contacted via email.