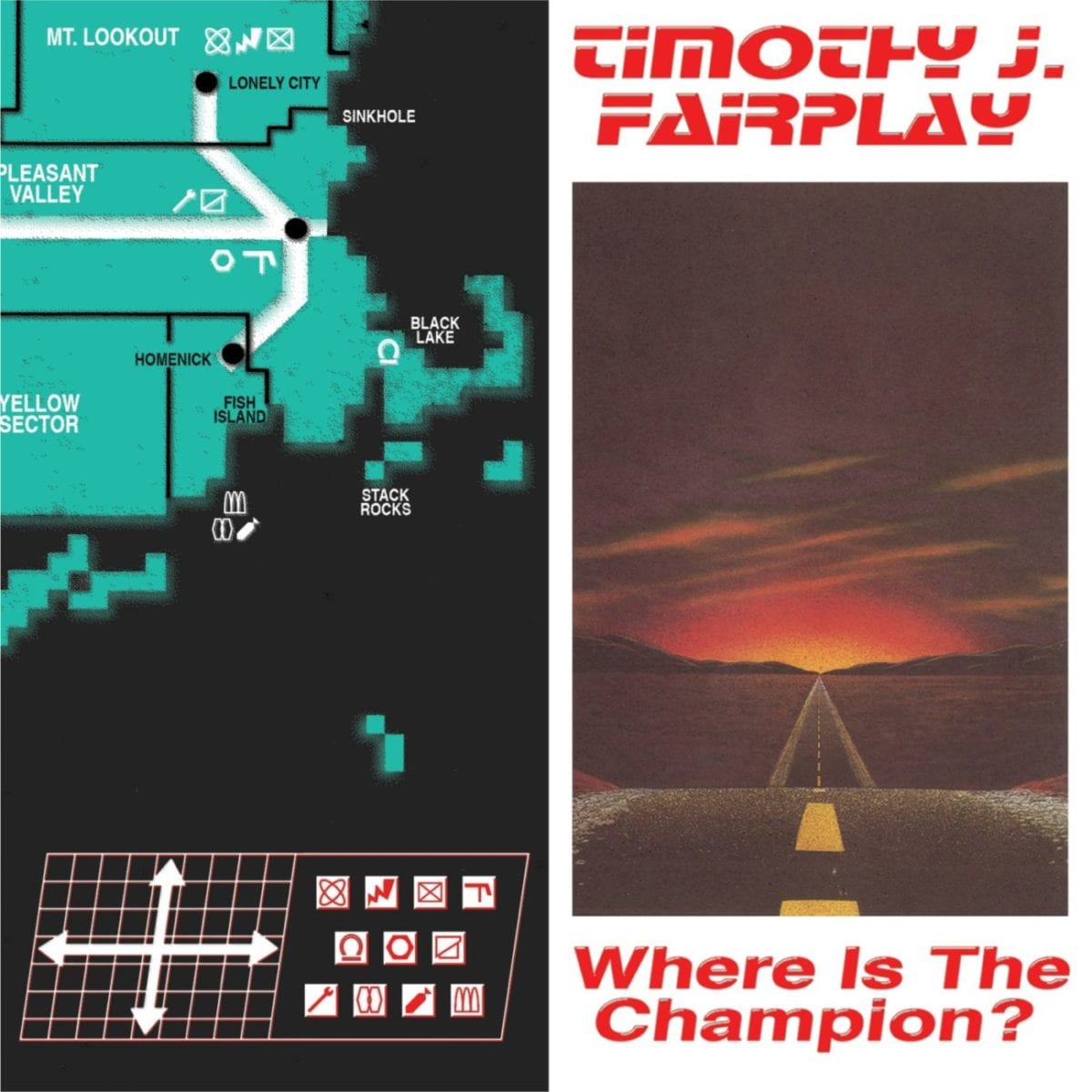 Next month will see the release of London-based producer Timothy J. Fairplay‘s debut full-length on Pinkman sister label Charlois. The album will come in both 2 x 12″ and digital forms, and will hit the stores around 20th February.

If you’re familiar with the work of Tim J. Fairplay, you certainly know the importance of his work alongside British legend Andrew Weatherall – first as a sound engineer (he also brought his technical know-how to releases as various as Primal Scream’s ‘More Light‘ and Soft Rocks’ ‘We Hunt Buffalo Now‘ amongst other things) and then as a studio peer under The Asphodells moniker.

As presented in the press release, ‘Where Is The Champion?‘ finds Timothy cruising “the highways and byways between proto-techno, horror disco and forlorn wave“, deftly putting on smokescreens and spaced-out trompe l’oeil motifs without ever limiting his spectrum to conscious style considerations and full-on floor dedicated purposes.

Rife with sparkling synth flares and kaleidoscopic panoramas, the album hijacks unstable blends of no-wave tropes, hip-hop intoxicated rhythms, nu-disco, fast-moving electro grooves and kosmische spans going off in one hell of a frantic race. The takeover is near.

Where Is The Champion is released via Charlois on 20th February, pre-order a vinyl copy from Bandcamp.

A1. Night Strike On Fish Island
A2. RZ Runners
A3. Where Is The Champion?
B1. Autoduel
B2. Messengers Of Deception
B3. Deeds Not Words
C1. Lake Of The Sun
C2. A Whisper In the Darkness
C3. Seven Corners
D1. Ferox 3
D2. The Bronx Stasi
D3. FM Pirate Cemetary Mystery