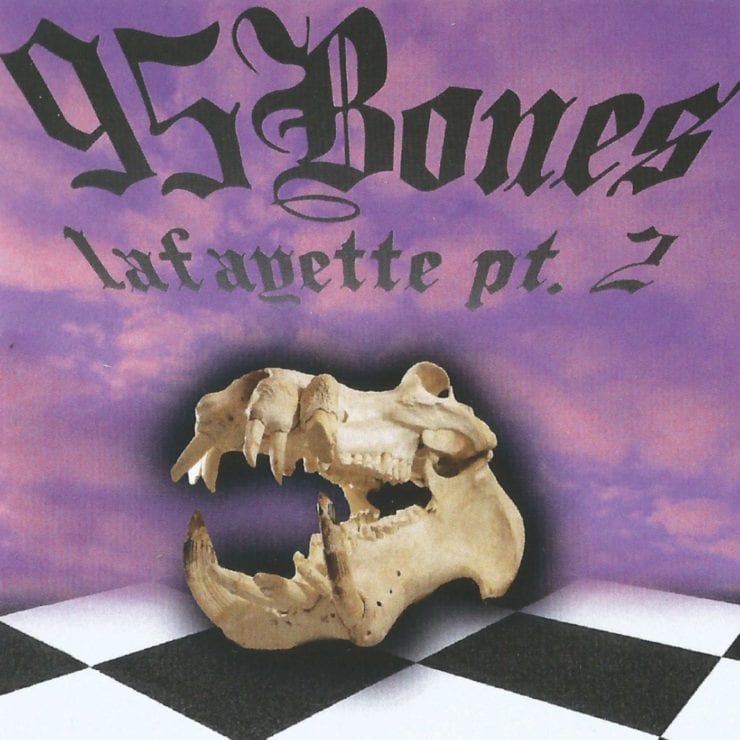 Producer and DJ Connor McElhinney, working under the alias 95Bones, draws together disparate threads from dance music’s transatlantic evolution, fusing varied influences to produce recordings that transcend imitation and pastiche to render a new sound with each iteration.

Though the producer’s discography is marked by a willingness to explore any aspect of club music’s beautifully diverse spectrum of rhythms, textures and colours, there are audible touchstones across much of his output: the fluid resonance of acid basslines, the rhythmic turbulence of riotous breaks, and a playful sense of experimentation propelled by a relentless momentum.

Issuing high-voltage releases since 2017’s ‘Blast Chiller’ EP, McElhinney has developed an unyielding work ethic underpinned by a desire to constantly create, experiment and further his techniques. Since his debut, the producer has teamed up with Eyeangle Records and Plus Ultra while forging a close relationship with Scuffed Recordings – this February, he’s releasing his first offering for Sample Delivery, a Paris-based imprint known for their crazed disco edits and raw, uncivilised ventures into ghetto-house.

The forthcoming ‘Lafeyette Pt. 2’ is a four-track exhibition of McElhinney’s extraordinary ability to craft left-field club tracks that innovate and invigorate in equal measure, moving through tempestuous 4/4 delirium and breaks-based hardcore derangement while retaining a sense of brightness and colour through his expert capability behind a mixing desk and a synthesizer.

Today we’re excited to premiere ‘Lizard Queen Ritual’, the opening cut from 95Bones’ ‘Layfette Pt. 2’. By lifting off with a playfully pitched vocal sample – “guess who’s back in the house…” – the producer makes it known that he’s not one for taking himself too seriously, but the formidable weight and unrestrained propulsion behind the track’s devastating fusion of acid, breaks, and techno swiftly demonstrates that despite the mischievous attitude, his approach to production is anything but insincere.

‘Lafayette Pt. 2’ is scheduled for release via Sample Delivery on 7th February 2020. Order a copy from Bandcamp.

Discover more about 95Bones and Sample Delivery on Inverted Audio.